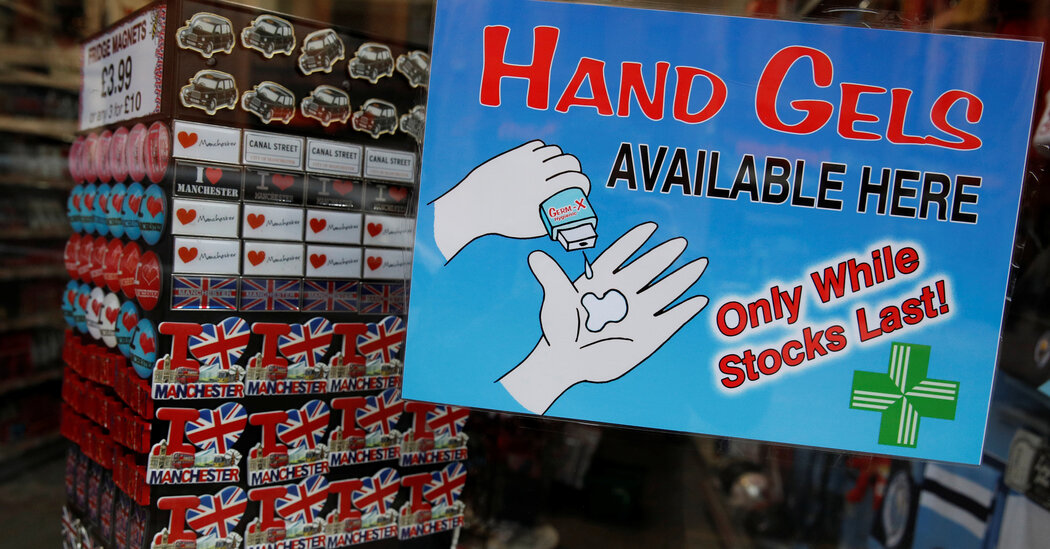 As millions of people began working, exercising and doing just about everything from home during the pandemic, sales of sweatpants and dumbbells surged enough to worry the fashion industry about a shortage of leisure wear. Britain’s statisticians expect those consumer trends to stick around.

Hand weights and men’s loungewear pants, along with hand sanitizer, have been added to the list of items the Office for National Statistics uses to track prices and calculate Britain’s inflation rate, the statistics agency said Monday. Women’s sweatshirts were also added to expand the women’s casual wear section.

Every year, the basket of goods and services, which has more than 720 items in it, is updated. This year, 17 products were added and 10 were removed from the official shopping cart. The updated list is part trend report, part academic statistical analysis.

Face masks, perhaps the most ubiquitous consumer item of 2020, was considered but were left off the list. In explaining why, the statisticians revealed some cautious optimism.

“Consumer spending and usage” of face masks, the agency said, “could decrease rapidly once the population have been vaccinated, so there could be problems in collecting prices toward the end of 2021.”

Chief Covelli said Mr. Crimo planned the shooting for several weeks, but that the authorities had not yet established what his motive was. “We have no … END_OF_DOCUMENT_TOKEN_TO_BE_REPLACED

Kevin McKenzie and Martine van Hamel were standing in the dining room of their weekend house in Woodstock, N.Y., trying to figure out when they got … END_OF_DOCUMENT_TOKEN_TO_BE_REPLACED