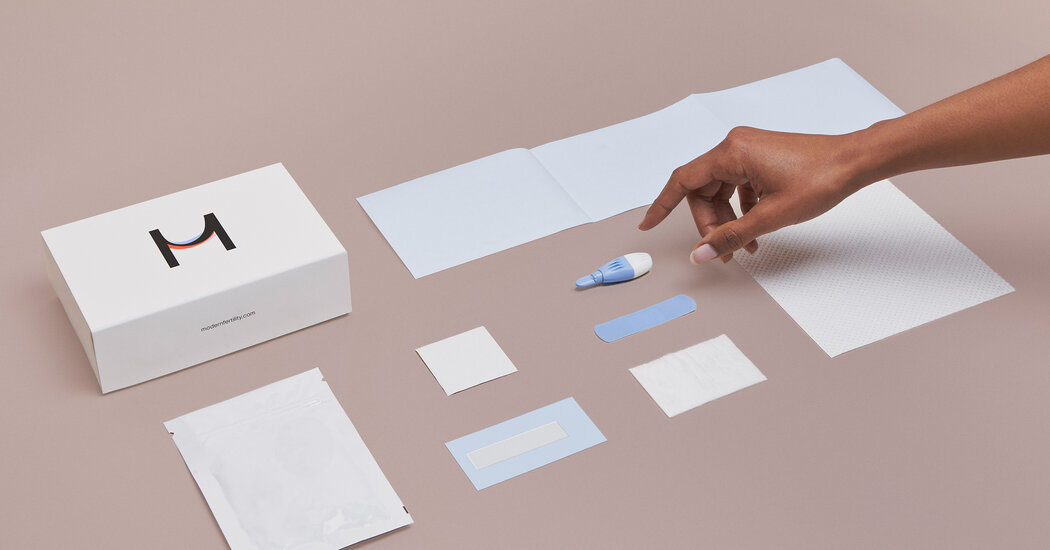 Ro, the parent company of Roman, the brand that is best known for delivering erectile dysfunction and hair loss medication to consumers, announced on Wednesday that it would acquire Modern Fertility, a start-up that offers at-home fertility tests for women.

The deal is priced at more than $225 million, according to people with knowledge of the acquisition who spoke on condition of anonymity because the information was not public. It is one of the largest investments in the women’s health care technology space, known as femtech, which attracted $592 million in venture capital in 2019, according to an analysis by PitchBook.

Modern Fertility was founded in 2017 with its flagship product: a $159 finger prick test that can estimate how many eggs a woman may have left, which can help determine which fertility method might be best.

“We essentially took the same laboratory tests that women would take in an infertility clinic and made them available to women at a fraction of the cost,” said Afton Vechery, a founder and chief executive of Modern Fertility, noting that her own test at a clinic set her back $1,500.

valued in March at about $5 billion, has in recent years expanded into telehealth, including delivering generic drugs by mail. In December, Ro acquired Workpath, which connects patients with in-home care providers, like nurses.

The global digital health market, which includes telemedicine, online pharmacies and wearable devices, could reach $600 billion by 2024, according to the consulting firm McKinsey & Company. And yet, by one estimate, only 1.4 percent of the money that flows into health care goes to the femtech industry, mirroring a pattern in the medical industry, which has historically overlooked women’s health research.

“Gender bias in health care research methods and funding has really contributed to sexism in medicine and health care,” said Sonya Borrero, director of the Center for Women’s Health Research and Innovation at the University of Pittsburgh. “I think we’re seeing again — gender bias in the venture capital sector is going to exactly shape what gets developed.”

That underinvestment was part of the reasoning behind the acquisition, said Zachariah Reitano, Ro’s chief executive. The company developed a female-focused online service in 2019 called Rory.

“We’re going to continue to invest hundreds of millions of dollars over the next five years into women’s health,” Mr. Reitano said, “because ultimately I think women’s health has the potential to be much larger than men’s health.”

The Seattle Seahawks are very much still in the running for Baker Mayfield. (Photo by Stacy ... [+] Revere/Getty Images) Getty Images The Seattle … END_OF_DOCUMENT_TOKEN_TO_BE_REPLACED

(CNN) — Kim Kyung-seop recalls going to cheap bars after class with his friends, where they binged on as much makgeolli as possible. "You know the … END_OF_DOCUMENT_TOKEN_TO_BE_REPLACED