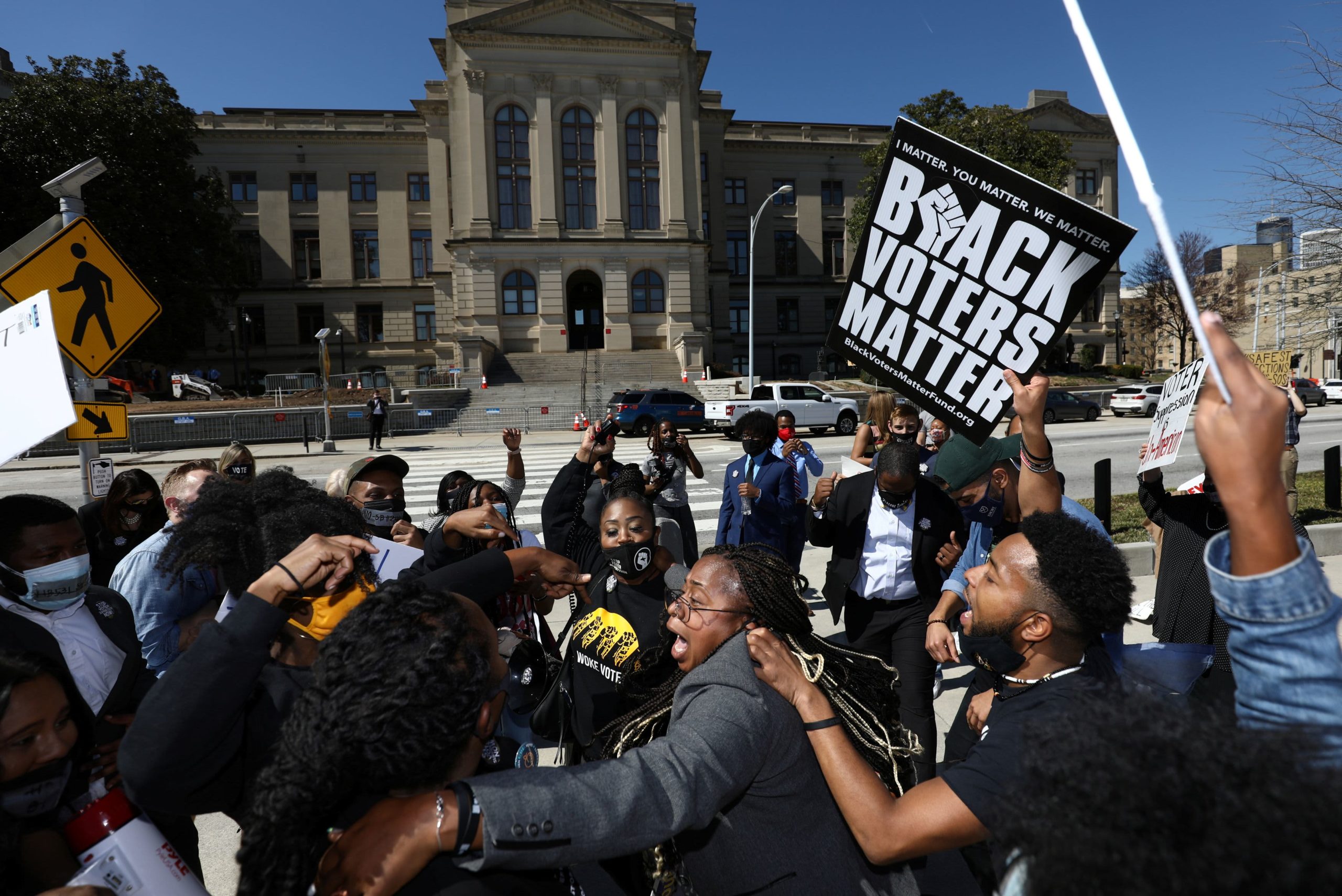 A rash of new voting legislation has caused an uproar among progressive activists, leading to some big businesses to take a political stance. Some corporations and executives have voiced opposition to the new bills, most notably in Georgia.

Amazon, General Motors, and others released a joint statement in opposition to voting restrictions. Earlier in the month, Major League Baseball reportedly moved the All-Star Game out of Georgia in protest of the new bill, and the CEO of Delta Airlines said the voting law was “unacceptable.”

“Well, the corporations obviously have no idea what they’re talking about because [from] many of their objections, it’s pretty clear they haven’t actually read the bill,” Heritage Foundation senior legal fellow Hans von Spakovsky said.

“They don’t seem to understand that, that … the requirements of Georgia law are really not that much different from numerous other states across the country,” he said. “In fact, in some aspects, their law is less strict than places like New York and New Jersey.”

The new law in Georgia requires voter ID for absentee voting, limits the use of drop boxes, and restricts giving out food and water to voters waiting in line near polls. Proponents think these measures will increase security and faith in elections.

Opponents of such bills say they’re targeting low-income voters who have less flexibility to vote during work hours and are less likely to have a driver’s license or other forms of ID.

“Georgia, perhaps more than any other state, has benefited financially from the success of the civil rights movement,” People For the American Way President Ben Jealous said.

“And so Governor Kemp should not find it surprising that if he wishes to hurl his state back into Jim Crow, that big business and that corporations would withdraw from their involvement in his state,” Jealous said.

Watch the video above to find out how these voting laws caused a corporate backlash.

After all, Lonely Planet, which was founded by Tony Wheeler with his wife, Maureen, was itself named by mistake. Mr. Wheeler thought he was adopting … END_OF_DOCUMENT_TOKEN_TO_BE_REPLACED

In 2012, the NGO Committee on Spirituality, Values and Global Concerns recognized her efforts, awarding her its “Spirit of the U.N.” award.Influenced … END_OF_DOCUMENT_TOKEN_TO_BE_REPLACED

BUCHAREST, Romania — The apparent killing of a large brown bear in Romania by a member of the Liechtenstein royal family has set off a wave of anger … END_OF_DOCUMENT_TOKEN_TO_BE_REPLACED