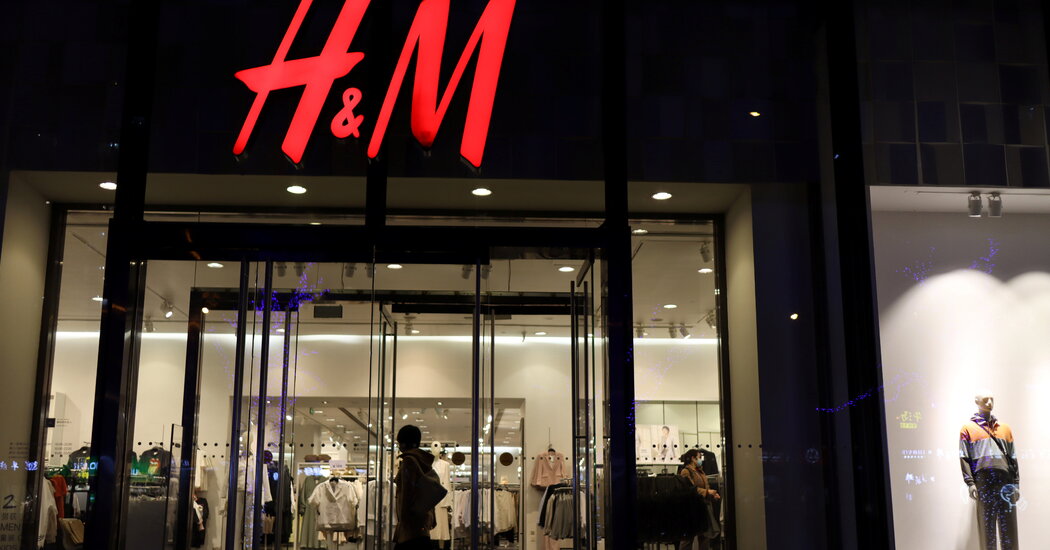 The fashion retailer H&M is facing a potential boycott in China after a statement the company made last year expressing deep concerns over reports of forced labor in Xinjiang stirred a social media storm this week.

A similar statement from Nike was also attracting criticism on Wednesday, a sign that Western clothing manufacturers could face growing hostility in China for their public stances against forced labor in Xinjiang and for halting cotton sourcing from the region.

The H&M statement, which can be found on the website of the Swedish retailer, was posted in September after growing global scrutiny around the use of Uyghurs in forced labor in Xinjiang.

In it, H&M said that it was “deeply concerned by reports from civil society organizations and media that include accusations of forced labor and discrimination of ethno-religious minorities” in Xinjiang and that it had stopped buying cotton from growers in the region.

“Want to make money in China while spreading false rumors and boycotting Xinjiang cotton? Wishful thinking!” the group said in a post, echoing one of the People’s Liberation Army’s statements that called H&M’s stance “ignorant and arrogant.”

On Monday, Britain, Canada, the European Union and the United States announced sanctions on Chinese officials in an escalating row over the treatment of Uyghurs in Xinjiang. Roughly one in five cotton garments sold globally contains cotton or yarn from the region, where authorities have used coercive labor programs and mass internment to remold as many as one million Uyghurs, Kazakhs and other largely Muslim minorities into model workers obedient to the Communist Party.

Nike could be next. The company posted a statement on its website expressing concerns “about reports of forced labor in and connected to” Xinjiang. “Nike does not source products” from the region, and “we have confirmed with our contract suppliers that they are not using textiles or spun yarn from the region.”

On Wednesday, Nike was at the top of Weibo’s “hot search” list. Some users were furious that Nike had joined the boycott of cotton from the region. The company declined to comment.

a statement, saying that she no longer had a relationship with the brand and that “national interests are above all else.”

By Wednesday evening, at least three major Chinese e-commerce platforms — Pinduoduo, Jingdong and Tmall — had removed H&M from search results and withdrawn its products from sale. The actions underscored the pressures faced by foreign companies doing business in China while navigating political and cultural debates like the country’s sovereignty and its checkered human rights record.

On Wednesday night, H&M China responded with a post on the Sina Weibo microblogging site, saying the company did not “represent any political position.”

“H&M Group respects Chinese consumers as always,” the statement said. “We are committed to long-term investment and development in China.”

H&M is the world’s second-largest fashion retailer by sales, after Inditex, the owner of Zara, and China is its fourth-biggest market.

The state broadcaster CCTV criticized H&M, and said it was “a miscalculation to try to play a righteous hero.” H&M, it said, “will definitely pay a heavy price for its wrong action.”

You were seeing double this week: A spectacular $54 million compound featuring two equally luxurious mansions separated by a private lake in Southwest … END_OF_DOCUMENT_TOKEN_TO_BE_REPLACED