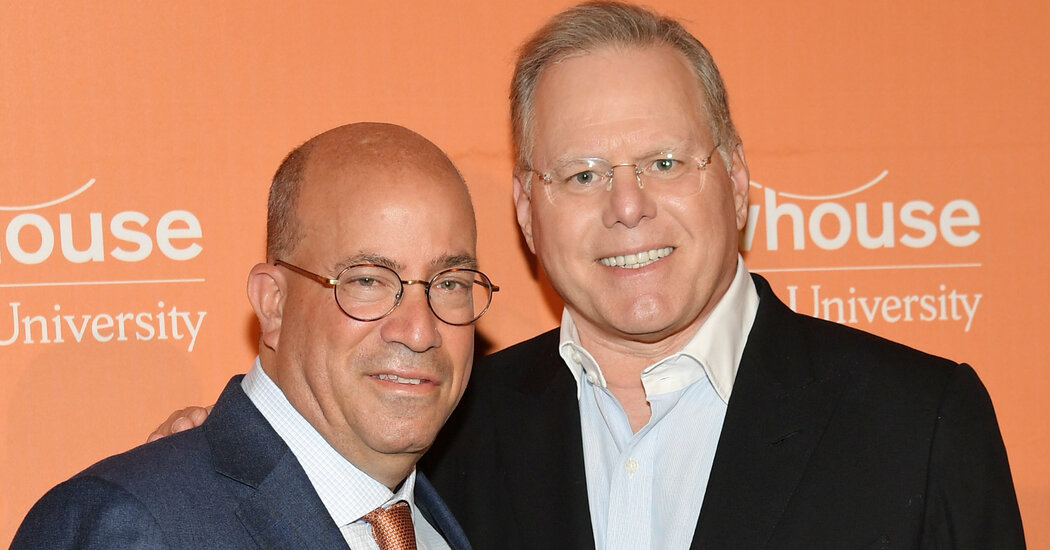 All agreed that Mr. Zaslav’s takeover raised the odds that Mr. Zucker would stay put, perhaps in an expanded role that encompasses more of Discovery and Warner’s combined news and sports assets. Discovery, for instance, owns Eurosport, a European network with broadcast rights to the Olympics and major tournaments in tennis and golf.

“They were a formidable team when they were together at NBC,” said Jeff Gaspin, a former chairman of entertainment at NBCUniversal who has worked closely with both men. “They’ll make a formidable team at Warner if Jeff chooses to stay.”

The two men started at NBC in the late 1980s. They trained under Jack Welch, the chairman of General Electric, which controlled the media company, and ascended during NBC’s “Must See TV” golden age in the 1990s.

“It was a time that we would look at each other, and we believed that anything was possible,” Mr. Zaslav once said, reflecting on their salad days at NBC. Mr. Zucker eventually became chief executive; Mr. Zaslav left to run Discovery in 2007.

Prickly and blunt, Mr. Zucker is not known for befriending other executives who could become rivals down the road. But he has said he and Mr. Zaslav grew closer after they left NBC. Only a handful of guests were invited to Mr. Zucker’s intimate 50th birthday party in 2015 at a hotel in Lower Manhattan; Mr. Zaslav and his wife, Pam, made the cut.

In 2019, when Mr. Zaslav presented a career achievement award to Mr. Zucker at a starry luncheon in Midtown Manhattan, he called the CNN president “one of the greatest media leaders of all time.”

Inside CNN, the reaction to this week’s merger announcement has been happiness and relief. Mr. Zucker’s loyalists were uneasy about the prospect of his departure, and rumors flew that AT&T, facing a giant debt burden, would consider selling the highly profitable news network, perhaps leaving it in the hands of an owner less than committed to its journalistic mission.

It’s a property that offers a unique open floor plan—plus a hot tub with a view.“It was a Methodist church located in a historic little area of St. … END_OF_DOCUMENT_TOKEN_TO_BE_REPLACED