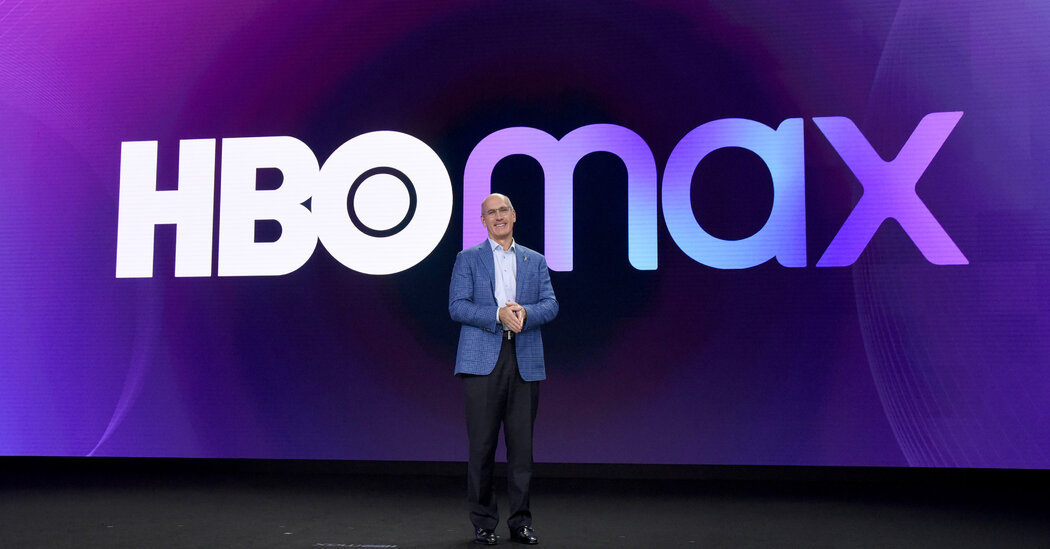 The Times’s David Gelles gives DealBook the backstory to his recent front-page article about rising C.E.O. pay during the pandemic.

Companies battered by the pandemic are handing out enormous pay packages to their C.E.O.s, highlighting the sharp divides in a nation on the precipice of an economic boom, but still wracked by steep income inequality.

Executive compensation has, of course, been soaring for decades now. Chief executives of big companies in the U.S. now make, on average, 320 times as much as the typical worker. In 1989, that ratio was 61 to 1.

A deep split in pandemic fortunes highlights an uneven global recovery. On one hand: The E.U. could let vaccinated Americans visit this summer, bringing much-needed tourism revenue to the region. (One potential hangup is a rising number of people who aren’t getting their second doses.) On the other: India will receive emergency medical supplies from the U.S. as it reports half of all new Covid-19 cases worldwide.

Netflix had a big night at the Oscars. The streaming company won seven Academy Awards last night, the most of any studio, but again fell short in its quest to win Best Picture. (That went to Disney, whose Searchlight Pictures’ “Nomadland” won the big prize; Disney won five awards over all.) AT&T’s Warner Bros. won three Oscars, while Amazon took home two.

An activist investor steps up its challenge at Exxon Mobil. Engine No. 1 argues in a new presentation that the oil giant faces an “existential business risk” because it is not taking bolder steps to move away from fossil fuels, The Financial Times reports. (Exxon and other major producers are set to report earnings this week.)

Elon Musk is hosting “S.N.L.” Yes, really. The Tesla chief is scheduled to host “Saturday Night Live” on May 8. (We bet S.E.C. officials will be watching.) John Authers of Bloomberg Opinion has an interesting take on it: The Tesla chief’s antics are doing more to encourage adoption of green technology than any amount of environmentalist scolding.

The ‘massive threat’ in a ‘measly’ Supreme Court case

Today the Supreme Court will hear a case that could upend American politics. It has largely escaped attention because it’s not obviously political at all. “Americans for Prosperity Foundation v. Rodriquez” involves a fight over California’s donor disclosure requirements for charities and “may seem like a measly spat over state nonprofit rules,” Senator Sheldon Whitehouse, Democrat of Rhode Island, told DealBook. “But a massive threat lurks within.”

Nonprofits want more donor anonymity. Americans for Prosperity Foundation is a “social welfare” nonprofit arguing that the right to anonymous assembly guaranteed by the First Amendment extends to donor data. Critics say that a ruling in favor of the Koch-funded charity would allow more untraceable money to flow through groups designed to mask the outsize role that a few wealthy players have in American politics. If A.F.P.F. wins, “special interests will have a free pass to rig our democracy from behind a veil of secrecy,” Whitehouse said.

Companies secretly influence politics with “dark money” donations that are deliberately opaque. Basically, some “social welfare” groups are quasi-political yet don’t have the same reporting requirements as explicitly political groups. Similarly, trade groups take corporate donations and pass them on, obscuring the sources.

A decision is expected around late June. Notably, the court took the case on Jan. 8, two days after the Capitol riot prompted a reckoning over corporate political donations. Both the Chamber of Commerce and the National Association of Manufacturers filed briefs supporting A.F.P.F.’s case for anonymity, and Allen Dickerson of the Federal Election Commission argued the same in a Wall Street Journal op-ed yesterday.

Bain is buying $1 billion worth of desserts

Bain Capital Private Equity is buying Dessert Holdings in a deal that DealBook hears values the company at about $1 billion.

Dessert Holdings makes “Insta-worthy” cheesecakes and other desserts through three brands: The Original Cakerie, Lawler’s Desserts and Atlanta Cheesecake. The company, which sells to retailers and restaurants, was created through acquisitions led by its prior owner, Gryphon Investors. The dessert conglomerate emphasizes the “wow factor” of products like tuxedo truffle mousse cake that are made to look good on social media.

A sweet deal? In-store bakeries have held up well during the pandemic, while restaurants are expected to rebound post-Covid. There could be more consolidation in the industry, with George Weston announcing in March it plans to put its bakery business — which includes Wonder Bread in Canada — up for sale. Over the years, Bain has invested in a number of food service and restaurant brands, like Dunkin’ and Domino’s Pizza. It plans to develop “new and innovative products” as well as pursue more acquisitions after the Dessert Holdings deal, said Adam Nebesar, a managing director at the private equity firm.

Trevor Lawrence is getting paid in Bitcoin

As cryptocurrency goes more mainstream — thanks in part to the recent public listing of Coinbase — blockchain businesses are hustling for brand recognition. “We’re really trying to get our name out a lot,” said Sam Bankman-Fried, the C.E.O. of FTX, a crypto exchange that competes with Coinbase. One of FTX’s companies, the investment app Blockfolio, has signed an endorsement deal with Trevor Lawrence, the former Clemson quarterback and presumptive number-one pick in this week’s N.F.L. draft, DealBook is first to report.

29-year-old billionaire founded FTX in 2019, and said he regrets spending his early years “playing video games.” Now, he’s trying to make up for lost time and the “low name recognition” of his crypto brands by hitching their wagon to bigger brands. FTX recently agreed to pay $135 million for the naming rights to the N.B.A.’s Miami Heat arena for 19 years.

ROSWELL, Ga.--(BUSINESS WIRE)--Berkshire Hathaway HomeServices Georgia Properties, one of the largest and most successful real estate organizations in … END_OF_DOCUMENT_TOKEN_TO_BE_REPLACED

The real estate market seems to have a split personality.On the positive side for homebuyers, the number of properties for sale shot up by a … END_OF_DOCUMENT_TOKEN_TO_BE_REPLACED

Kim Tae-Ri plays a gun-toting time traveler in 'Alienoid.' Well Go USA Director Choi Dong-hoon likes a challenge. That much is apparent in his latest … END_OF_DOCUMENT_TOKEN_TO_BE_REPLACED