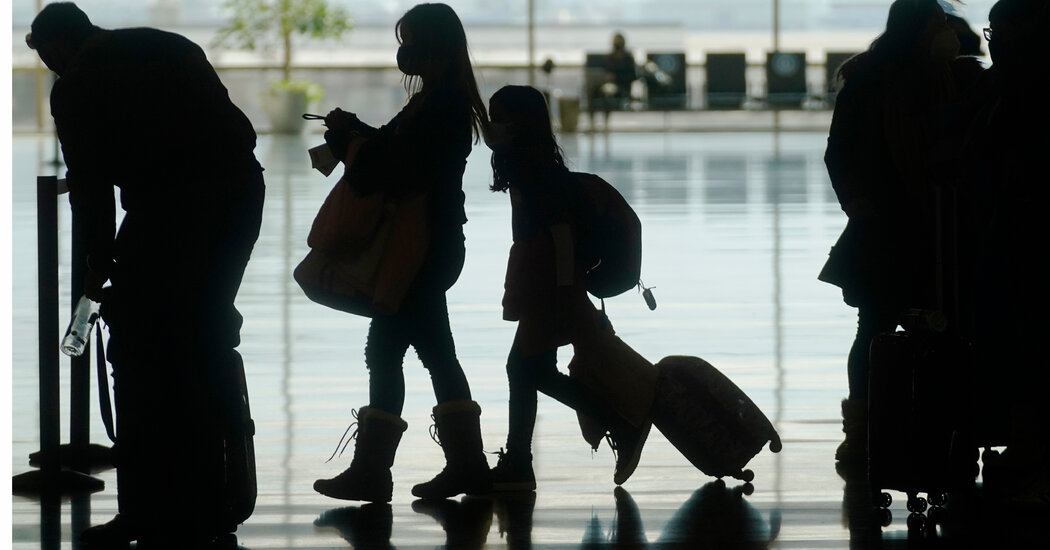 We could be on the verge of a golden era for inflation nonsense. If so, its start date may well turn out to have been Tuesday morning, when new data on consumer prices was released.

The potential for misunderstanding derives from several forces crashing against each other at once. There are sure to be shortages of some goods and services as the economy creaks back to life, which could create scattered price increases for airplane tickets or hotel rooms or, as has been the case recently, certain computer chips.

There are valid concerns that the trillions of dollars of government stimulus dollars could push the economy beyond its limits and create a broad-based overheating.

But to be a savvy consumer of economic data, it’s important to separate those potential forces from the inflation data coming right now, which tells us more about the past than the future. Don’t take the backward-looking information in the new report as proof that those inflation warnings are coming true.

Demand for gasoline, jet fuel and other petroleum products is finally rising, but energy producers can’t flip a switch and produce enough fuel to meet that demand overnight, and are doubtless scarred by their losses last spring.

Similarly, grocery prices are up substantially: an annualized 3.8 percent rise since February 2020, led by a 5.9 percent rise in the price of meat, poultry, fish and eggs. If it feels as if proteins are more expensive than before the pandemic, you’re not imagining it.

Central bankers tend to look past swings in energy and food prices, which tend to fluctuate in ways that don’t portend inflation across the economy. But some elements of “core” inflation are also showing odd inflation dynamics, even when corrected for base effects.

Used cars and trucks, for example, are up an annualized 11 percent since February 2020, most likely because many people sought a way to get around besides public transport.

The flip side of that: Airfare is still far below its prepandemic levels, down an adjusted 23.9 percent from February 2020. There is plenty of reason to expect that airplanes will be crowded this summer, especially on routes to leisure destinations, as a newly vaccinated population looks to stretch its wings. But prices still have not caught up to their prepandemic norm.

Oh, and clothing is still cheaper than prepandemic levels as well, with a 2.7 percent adjusted fall in apparel prices since February 2020.

The sharp divergences in these sectors show the importance of looking at economic data more deeply than usual in the months ahead. Many of the sectors with the most extreme price effects from the pandemic bottomed out in April or May, not March — meaning the distortions in year-over-year numbers will get even bigger over the next few months.

But beyond that, with so many parts of the economy going through wrenching change, headline numbers on inflation or anything else will mean less than usual in the coming months. Rather it’s better to break things down by sector to understand whether the dynamics reflect a one-time reset of the economy or something bigger.

The Biden administration and the Federal Reserve are betting on a one-time reset, with temporary price spikes followed by a steadying of both inflation and growth in 2022. If something more pernicious arrives, it won’t show up as a few weird data points in 2021, but as a broad-based surge in prices across the economy that becomes a cycle of rising prices.

To understand an economy in uncharted territory, the details matter more than the headlines.

AUSTIN, Texas--(BUSINESS WIRE)--As the first multifamily management company to be recognized in the Public Relations and Marketing Excellence Awards, … END_OF_DOCUMENT_TOKEN_TO_BE_REPLACED

There have been whispers of cooling housing and rental prices in the San Francisco Bay Area, but that hasn't yet translated into practical, noticeable … END_OF_DOCUMENT_TOKEN_TO_BE_REPLACED

Cars pass in Independence Square at twilight in Kyiv, Ukraine, Monday, Oct. 31, 2022. Rolling ... [+] blackouts are increasing across Ukraine as the … END_OF_DOCUMENT_TOKEN_TO_BE_REPLACED