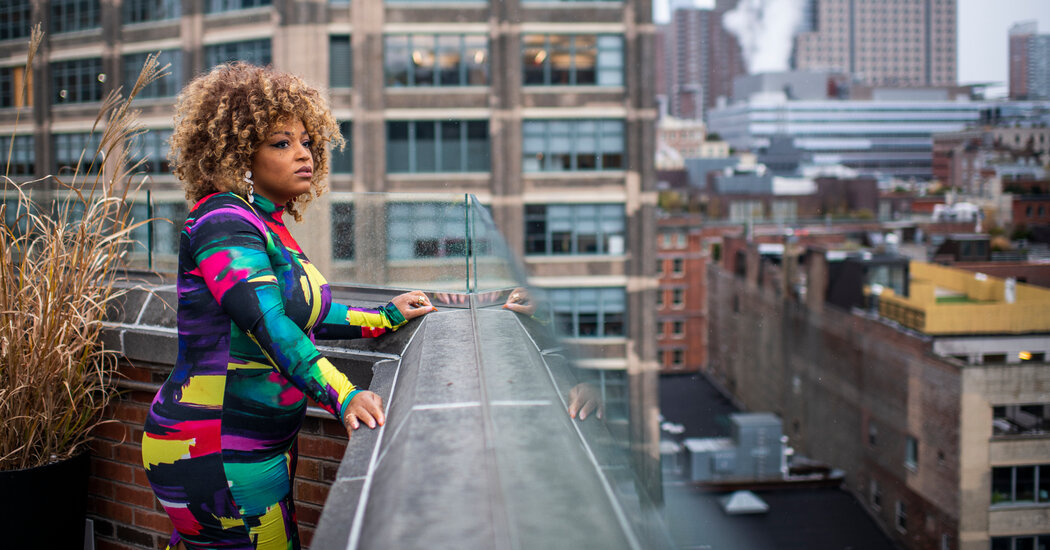 LONDON — This week, Marisha Wallace finally had to admit that her planned five-day ski holiday in Switzerland in mid-December was not salvageable: The Swiss government’s sudden decision to impose a 10-day quarantine on some international travelers meant she wouldn’t be able to leave her hotel or return home to London on her scheduled flight.

“It’s the way of the world right now,” said Ms. Wallace, an actress and a singer. “You can’t plan anymore.”

That provisional state, amplified across the world, has left the still-fragile economy in a state of suspense as spiking coronavirus infections and the new variant Omicron have popped up around the globe.

“There’s no way to know how bad it will get,” said Ángel Talavera, head of European economics at Oxford Economics.

report released Wednesday from the Organization for Economic Cooperation and Development showed, although growth has been uneven, the world economy this year bounced back more quickly and strongly than had been anticipated. The report, compiled largely before the latest coronavirus news, nevertheless warned that growth was projected to slow: in the eurozone, to 4.3 percent next year from 5.2 percent in 2021; and in the United States, to 3.7 percent in 2022 from 5.6 percent.

The organization characterized its outlook as “cautiously optimistic.” But it reiterated how much economic fortunes are inextricably tied to the coronavirus: “The economic policy priority is to get people vaccinated,” the report concluded.

a fourth wave of infections transformed Europe into a Covid hot spot and prompted new restrictions like lockdowns in the Netherlands and Austria.

During earlier outbreaks, trillions in government assistance helped quickly resuscitate the struggling U.S. and European economies. It also brought some unexpected side effects. Combined with pent-up demand, that support helped produce a shortage of labor and materials and rising inflation.

Given how much debt was racked up in the past 18 months, such aid is unlikely to recur even with a sharp downturn — and neither are wholesale closures. Vaccines provide some protection, and many people say they are unwilling to go back into hibernation.

People and business alike have shifted into a wait-and-see mode. “A lot of things do seem like they are on hold, like labor market or overall consumption decisions,” said Nick Bunker, director of economic research for the job site Indeed.

How that will affect unemployment levels and inflation rates is unclear. Jerome H. Powell, the Federal Reserve chair, indicated on Tuesday that concern about stubborn inflation was growing. The O.E.C.D. also warned that inflation could be higher and last longer than originally anticipated.

governments have reacted with a confusing hodgepodge of stern warnings, travel bans, mask mandates and testing rules that further cloud the economic outlook. That patchwork response combined with people’s varying tolerance for risk means that, at least in the short term, the virus’s latest swerves will have a vastly different effect depending on where you are and what you do.

In France, Luna Park, an annual one-month amusement fair held in the southern city of Nice and slated to open this weekend, was called off after the government suddenly requisitioned the massive warehouse where roller coasters, shooting galleries and merry-go-rounds were being set up in order to convert the space to an emergency vaccination center.

“Today I find myself trying to save my company, and I’m not sure that I can,” said Serge Paillon, park’s owner. He feared he would face huge losses, including 500,000 euros (about $566,000) he had already invested in the event, as well as refunds for tickets that had been on sale for several months

Mr. Paillon furloughed 20 employees. Another 200 festival workers who were coming from around the country to manage the 60 games and rides were told to stay home.

“For a year and a half, it was already a disaster,” Mr. Paillon said. “And now it’s starting again.”

Israel’s decision on Saturday to shut its borders to all foreign tourists for two weeks is likely to reduce the number of tourists in Israel and the occupied territories this December by up to 40,000, or nearly 60 percent of what was expected, according to a government estimate.

Wiatt F. Bowers, an urban planner, had planned to leave Jacksonville, Fla., for Tel Aviv on Wednesday but had to cancel — the fifth time in 18 months that he had to scrap a planned trip to Israel. He will rebook, but doesn’t know when.

Foreign tourism, which brought a record 4.55 million tourists to Israel in 2019, had already nearly vanished. Between March 2020 and September 2021, nonresident foreigners were barred from entering Israel — and, by extension, the occupied territories, where entry and exit are controlled by Israel.

In Bethlehem, where tourism is the main industry, income consequently fell more than 50 percent, said the mayor, Anton Salman, in a phone interview.

Elias al-Arja, the chief of the Arab Hotel Association, which represents about 100 Palestinian hotels in the occupied territories, said he was concerned less about the short-term effect of the sudden travel ban than about the long-term message of unpredictability it sent to potential visitors.

“The disaster isn’t the groups who canceled over the next two weeks,” Mr. al-Arja said. “How can I convince people to come to the Holy Land after we promised them that you can come, but then the government closes the border?”

Reluctance to travel, though, could mean an upswing in other sectors if the new variant is not as harmful as people fear. Jessica Moulton, a senior partner at McKinsey & Company in London, said previous spending patterns during the pandemic showed that some money people would otherwise use for travel would instead be spent on dining.

She estimated that the roughly $40 billion that British consumers saved on travel last summer was used for shopping and eating out.

At the moment, Ms. Moulton said, “to the extent that Omicron decreases travel, which will happen as we head into Christmas, that will benefit restaurants.”

In Switzerland, where travelers from Britain and 22 other countries must now quarantine, the effect of the policy change on hotels was immediate.

“The majority of travelers from England — between 80 to 90 percent — have already canceled,” said Andreas Züllig, head of HotellerieSuisse, the Swiss hotel association.

Ms. Wallace, who canceled her trip to the Cambrian Hotel in Adelboden, was one of several people who changed their reservations at the hotel after the Swiss government made its announcement on Friday, just one week before the slopes open.

“This obviously has an impact on our very important winter and Christmas business,” said Anke Lock, the Cambrian’s manager, who estimated that 20 percent of the hotel’s December bookings were at risk.

For now, though, most guests are watching and waiting, Ms. Lock said: “We’ve changed the bookings from guaranteed to tentative.”

Extreme uncertainty about the economy may turn out to be the only certainty.

A sample of the fantasti Filipino food at London's Kasa & Kin and Romulo CafeKasa & KinGrowing up between the UK and US, I found it extremely … END_OF_DOCUMENT_TOKEN_TO_BE_REPLACED