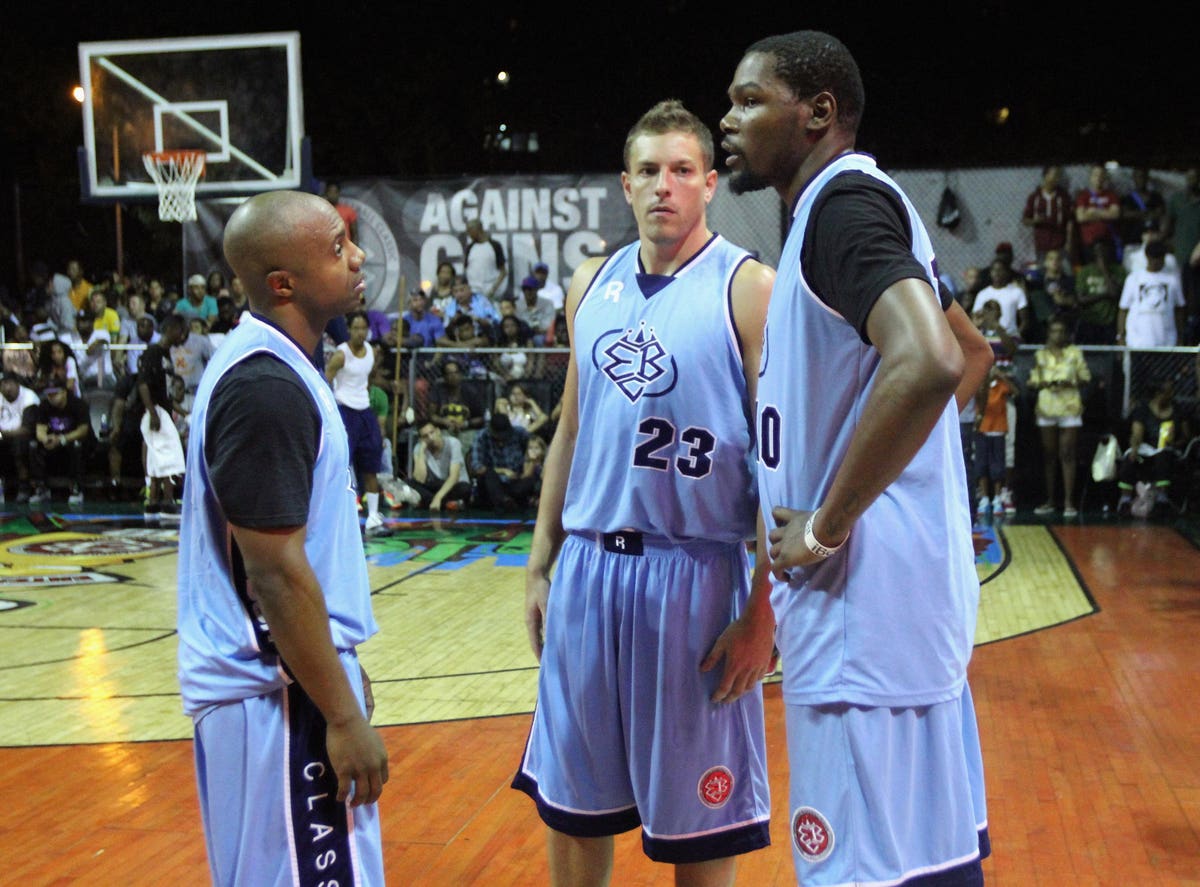 As Jon Mugar watched the inaugural MLB Field of Dreams game in rural Iowa last August, the veteran sports executive vowed to implement something similar with The Basketball Tournament (TBT), a popular summer event he founded in 2014.

That game, filmed near where the iconic 1989 movie Field of Dreams was shot, garnered widespread praise and drew the largest television audience for a regular season baseball game since 2005. Soon afterward, Mugar thought of the perfect venue for TBT: famed Rucker Park in Manhattan’s Harlem neighborhood, where numerous NBA players and streetball legends spanning several decades have honed their craft and entertained fans.

On Saturday, Mugar’s dream will come to fruition, as Rucker Park will serve as one of eight sites across the country hosting first round games in the 64-team TBT, an annual tournament with a winner-takes-all, $1 million purse. Rucker Park will also have second round games on Sunday and a Round of 16 matchup on Wednesday that will be televised in primetime on ESPN at 8 p.m.

It is the first time in TBT’s nine-year history that games will be played in an outdoor venue. During the summer of 2020, TBT nearly hosted all of its games outdoors at Ohio Stadium on Ohio State’s campus due to COVID-19-related safety protocols before choosing to have the tournament indoors at Nationwide Arena in Columbus, Ohio.

“We’ve always talked about putting our event in unique places,” said Mugar, who will attend Saturday’s games at Rucker Park. “We always challenge ourselves to think different and do things that no one has done before.”

Securing Rucker Park took patience on the part of Mugar and other TBT staff. They worked in conjunction with the New York City Department of Parks and Recreation, then Mayor’s office and the National Basketball Players Association (NBPA), the union for current NBA players. The NBPA donated more than $500,000 for the renovation of Rucker Park’s Greg Marius Court, which was completed last October.

Mugar first expressed interest late last summer in hosting TBT games at Rucker Park, but he didn’t hear about the final approval until May.

“It’s filling out a park permit, but it’s also eight months of wrangling and following up on that,” Mugar said. “It’s a lot of work.”

Unlike other TBT games, where tournament organizers sell tickets, the games at Rucker Park will be free to attend. Mugar said the court’s capacity will be about 1,000, but he anticipates more people may watch from afar.

“I’m sure you’ve seen, like I have, some of the pictures of past Rucker Park events, where they get quite a lot of people who can see the court from outside the chain link fence,” Mugar said.

The Rucker Park regional will feature eight teams, including Skip To My Lou, coached by former NBA player Rafer “Skip to My Lou” Alston, a legendary New York City point guard who first made a name for himself at Rucker Park. Other teams include HBCUnited, featuring former players from historically black colleges and universities; Ex-Pats, featuring alumni from Patriot League schools; and Peacock Nation, a group of alumni from Saint Peter’s, the tiny New Jersey college that advanced to the Elite Eight of this year’s NCAA tournament.

“Guys are pretty locked in this week just getting ready,” said YGC coach Mike Mannix, a former Division 1 college assistant who’s now the head coach at Wilbraham & Monson Academy in Massachusetts. “But I think when we talk about some of the elements the Rucker Park venue brings to things, I think guys are excited. I would say intrigued is probably the right word, too. Guys are like, ‘I wonder how it’s going to look? I wonder how it’s going to feel? I wonder what the crowd’s going to be like?’ A lot of the basketball people I’ve talked to, they’re really excited to watch…It should be really great.”

Besides the intrigue of Rucker Park, this year’s TBT has other story lines to watch such as the presence of 29 college alumni teams, more than 700 professional players and 71 players with NBA experience, including former BYU legend Jimmer Fredette, who is playing tor The Money Team. Twins Ausar and Amen Thompson, projected top-10 picks in next year’s NBA draft, will also suit up for Team Overtime.

Each of the tournament’s games will be broadcast on one of ESPN’s networks or streaming platforms, culminating with the championship game on Aug. 2 at the University of Dayton arena in Ohio. It’s a long way from the inaugural event in 2014 when there was only a 32-team field and just the championship game was on ESPN3. TBT now has 12 full-time employees dedicated to the event year-round and hundreds of more part-time workers who fill various roles just during the event.

Mugar would not disclose financial details about TBT, but he said the event has seen an increase in revenue each year. This year, there are four national sponsorship partners (Puma, Zelle, Sling and E&J Brandy) that will have their signage at all of the games, while Chick-fil-A is serving as a sponsor just for the Rucker Park regional.

“I would say it was a very small (revenue) increase for the first five years,” Mugar said. “But for whatever reason over the past four years, it’s been a very, very steep increase…I think we have a great reputation. We’re no longer calling people and having to educate them on what TBT is. Just about everybody knows what it is, they know what time of year we come on, and so we’ve seen really great growth because of it.”

Three men were indicted in the death of the notorious gangster James (Whitey) Bulger, who was beaten to death four years ago in a West Virginia … END_OF_DOCUMENT_TOKEN_TO_BE_REPLACED

Dr. Connolly and Dr. Mott live in the North Baltimore neighborhood of Homeland, known for its strong public schools and colonial architecture, which … END_OF_DOCUMENT_TOKEN_TO_BE_REPLACED