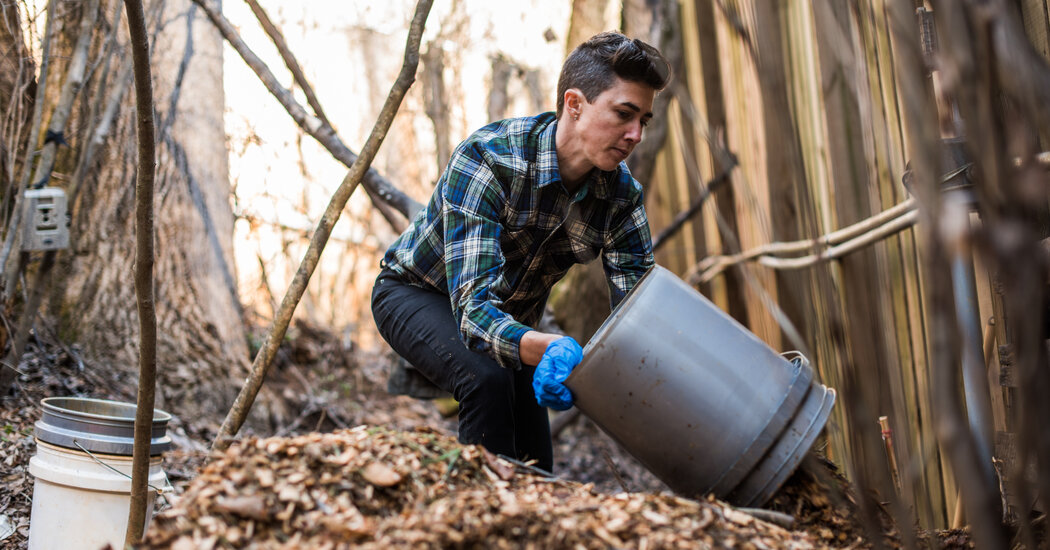 DENVER — Food scraps and biodegradable utensils are common fodder for compost, but in Colorado, human remains could soon be transformed into soil too.

The Colorado State Legislature passed a bill on Tuesday that would allow composting of human remains in lieu of traditional processes like burial and cremation.

State Representative Brianna Titone, a Democrat who sponsored the bill, said she had gone to funerals and, seeing burial or cremation as the two options, thought, “I don’t know if I want either one of these things.”

When she learned about human composting, she said, “It really excited me.”

If Gov. Jared Polis signs the bill into law, which he said he would, Colorado would become the second state to legalize human composting. Washington State did so in 2019, and legislators in Oregon, California and New York have proposed human composting legislation.

Recompose, a company that offers human composting services in Washington, places the body onto a bed of wood chips, alfalfa and straw inside a steel, 8-foot-long by 4-foot-tall cylinder, according to its website. Each body creates about one cubic yard of soil.

“Everything — including bones and teeth — transforms” during the process, its website says. The contents of the cylinder are also blended by Recompose staff members, “which helps to break up any remaining bone fragments and teeth.”

However, nonorganic material like prosthetics and artificial joints are fetched from the cylinder and removed.

Katrina Spade, Recompose’s co-founder and chief executive, said on Wednesday that the company was already looking at locations in the Denver area, where it hopes to build a 50-cylinder facility if the bill becomes law.

Ms. Spade said people in Colorado had expressed interest in Recompose, adding that “there is an ethos of ecological love and respect in the Denver area and in Colorado broadly, everywhere from the mountains to the farming that happens around the state.”

She said that Recompose’s process saved about one metric ton of carbon dioxide for each body that is composted rather than cremated or buried traditionally. Mr. Soper, who represents a rural part of Colorado, said some of his liberal constituents were interested in human composting for its environmental benefits.

Among his more conservative constituents from the agricultural community, Mr. Soper said, there are “farmers or ranchers who really like the idea of being connected to the land that they were born and raised on.”

opposition to the practice.

But Mr. Soper said that for him, the matter was less about explicitly supporting human composting and more about offering the choice.

“Why not?” he said. “Why should the government be prohibiting this type of option to be available to Coloradans?”

Mr. Soper said that Colorado was among the states with the fewest regulations for crematories and funeral homes, making it ideal for new human composting businesses.

Recompose has patents pending on its cylinders, but not on the human composting process, Ms. Spade said, adding that she hopes that human composting becomes “the default choice for death care.”

AUSTIN, Texas--(BUSINESS WIRE)--As the first multifamily management company to be recognized in the Public Relations and Marketing Excellence Awards, … END_OF_DOCUMENT_TOKEN_TO_BE_REPLACED

There have been whispers of cooling housing and rental prices in the San Francisco Bay Area, but that hasn't yet translated into practical, noticeable … END_OF_DOCUMENT_TOKEN_TO_BE_REPLACED

Cars pass in Independence Square at twilight in Kyiv, Ukraine, Monday, Oct. 31, 2022. Rolling ... [+] blackouts are increasing across Ukraine as the … END_OF_DOCUMENT_TOKEN_TO_BE_REPLACED