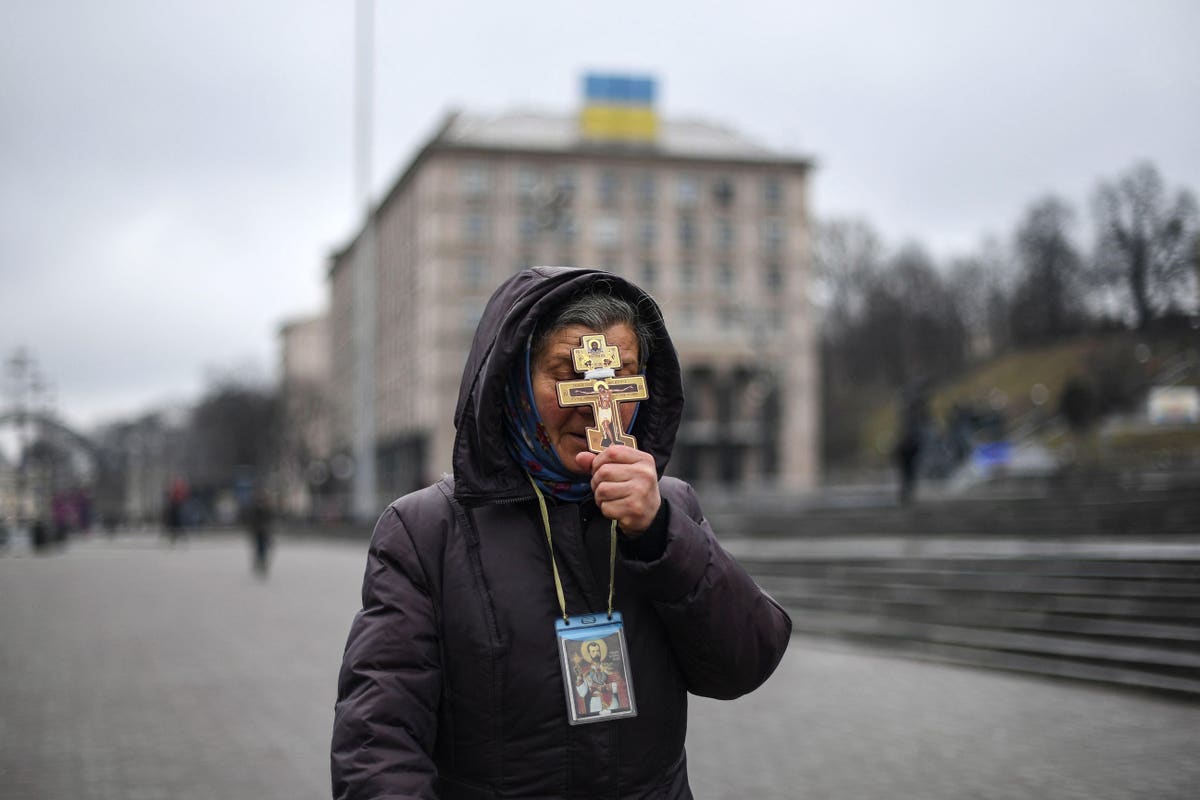 The young boy scampering around the metro tunnel underneath the streets of Kyiv, chased by his father and oblivious to the air raid sirens blaring aboveground, couldn’t have been more than four or five years old. Judging from his appearance, he certainly looked too young to comprehend what was going on around him — like, why residents of Ukraine’s 3 million-strong capital had begun to take shelter in the city’s metro tunnels. Why Russian airstrikes were at that very moment leveling buildings and claiming their first casualties above.

Fox News foreign correspondent Trey Yingst told me he’s been gripped by variations of this same scene over and over again since joining the network in 2018, and reporting from war zones around the world. To watch a father give chase at a moment like this, and a young boy with the familiar urge to play, is to also feel the jarring incongruence of innocence stolen. Yingst has seen this from Gaza to Afghanistan, scenes that left him wondering what kind of country, and world, this war will leave the children unlucky enough to grow up in close proximity to a battlefield.

“It will affect his opportunities, his ability to be educated, to thrive, to do things that kids should be allowed to do — play sports and have friends and follow their dreams,” Yingst told me, about the young boy in Kiev he saw a few days ago.

“His country is consumed by war at the moment, but I think the one thread that I always see in conflict that we cover around the world is that kids just want to be kids. And it always stands out to me amid a backdrop of such horrible things.”

Walking the streets of Kiev following an overnight battle, Yingst wordlessly pointed his smartphone — before uploading the footage to Twitter on Saturday — at a bullet-riddled jeep windshield. Slowly panning down, to blood splatter across the ground. The somber detritus of war, of the sort you might expect to have the most impact on a foreign correspondent.

The same day that the Biden White House asked Congress to approve $6.4 billion in aid for Ukraine, meanwhile, Yingst shared with me some of what he’s experienced thus far covering the fighting in Ukraine. How eerie it is, for example, to hear the peal of church bells while air raid sirens are going off. And why, as a journalist so often reporting from hot zones, the children have an outsized impact on him.

“It is a violent and destructive reality that we live in,” Yingst told me. “I still have trouble understanding why people kill each other. Children are very important to report on during war, because they’re often the most affected by conflict. Because they’re extremely vulnerable. They are at the mercy of the adults around them.”

President Biden authorized $350 million in military aid to Ukraine on Friday, February 25 — a package of aid that includes body armor as well as Javelin anti-tank missiles. That, according to Pentagon spokesman John Kirby, brings the total amount of US aid to the country to $1 billion in just the past year.

Ukrainian President Volodymyr Zelenskyy, meanwhile, has filmed multiple videos of himself speaking directly to Ukranians. Including a defiant clip filmed on Friday in which he stands with advisors so that the country knows “We are here.” And that Zelenskyy hasn’t taken the US up on its offer to spirit him out of the country.

“The scene for many of the people here, it doesn’t feel real,” Yingst told me. “It feels like a nightmare. And so our role here is to capture that scene and make sure that our viewers understand it. In my reporting, I want to make people feel like they are here, because I think that if they can just get a taste of what it is like to live amid the Russian aerial campaign and bombings, they can maybe care a little bit more about this story. And I think that’s always something that we want to do as journalists — is to make people care.”

As you might imagine, reporters in Ukraine like him are running on little sleep right now (“because we’re reporting around the clock”). There are also security teams with crews, advising them when the reporters need to move.

“War is hell,” Yingst stressed to me, in addition to confiding that having some level of fear as a journalist while doing this work is important. Flipping a switch, if that’s even possible, and shutting off that side of you to focus solely on bearing witness would suck too much of the all-too-important humanity out of all this.

“That is why we are here, that is our role as journalists to speak for the people who don’t have a voice, to hold those in power accountable,” Yingst said. “And so I have to personally just make sure that I can get through it. And I do that some through meditation, some breathing exercises. I just try to keep a clear mind. If there are things on my mind that are in the way of my reporting, I write them down on my phone, in the notes app, so that I can think about them later — because right now, I have a job to do. The entire world is watching, and it is my role to make sure people know what’s happening here.”

MUSCATINE, Iowa--(BUSINESS WIRE)--HNI Corporation (NYSE: HNI) announced today its Board of Directors declared a quarterly dividend of 32 cents per … END_OF_DOCUMENT_TOKEN_TO_BE_REPLACED

Tokyo (CNN) — The Japan Tourism Agency announced on Tuesday, May 17 that it would start allowing small group tours in May as part of a "test tourism" … END_OF_DOCUMENT_TOKEN_TO_BE_REPLACED

If you’re superstitious, today is your day.That's because it's Friday the 13th (the only one of the year, in fact). It's a day when bad juju reigns … END_OF_DOCUMENT_TOKEN_TO_BE_REPLACED