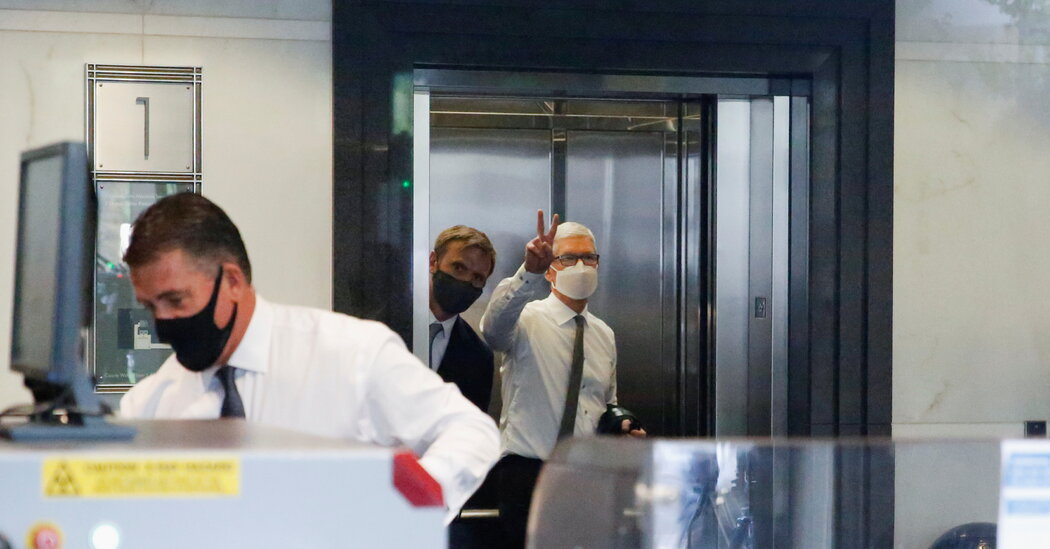 At another point, the Apple lawyer questioned Mr. Cook on Apple’s competition in the app market. Mr. Cook said he believed digital marketplaces that distributed games, including Epic’s and those of the gaming-console makers like Sony and Microsoft, were direct competitors to the App Store. Though, he admitted, “I’m not a gamer.”

Throughout the trial, Judge Gonzalez Rogers frequently sought clarification on technical jargon and pressed witnesses further on their answers. She asked about the difference in business models for Fortnite, Epic’s most popular game, and games like Roblox and Minecraft from other companies, and asked how Apple’s security compared with that of third-party companies.

The biggest challenge in deciding the case may be defining the market that Epic and Apple are fighting over. Apple argued that Epic has many options for game distribution including web browsers, gaming consoles and personal computers. Many of those platforms charge a commission similar to that of the App Store. If gaming is the market, Apple argued, then there are many competitors — like Microsoft, Sony and Nintendo — and Apple cannot have a monopoly.

Epic responded that Fortnite is more than a game. It is something the company calls the metaverse — an infinite digital universe with activities, social media and even concerts. The argument led to a lengthy and detailed debate over what a game actually is. The point? This case, Epic’s lawyers argued, is about all mobile apps, which can only reach the iPhone’s one billion users through Apple’s App Store.

Judge Gonzalez Rogers expressed frustration over the market semantics. “One side will say it’s black, the other says it’s white — typically it’s somewhere in the gray,” she said last week.

Apple argued that its fees were necessary to maintain security for its customers. The company’s lawyers said the App Store’s restrictions protected against malware and data breaches for iPhone users.

Side tables are among the smallest pieces of furniture, but they make a big difference in the way a room looks.“They’re like the bags and shoes of … END_OF_DOCUMENT_TOKEN_TO_BE_REPLACED

SAN FRANCISCO--(BUSINESS WIRE)--Snapdocs, a leading digital closing platform for the mortgage industry, announced today that its eClosing offering has … END_OF_DOCUMENT_TOKEN_TO_BE_REPLACED