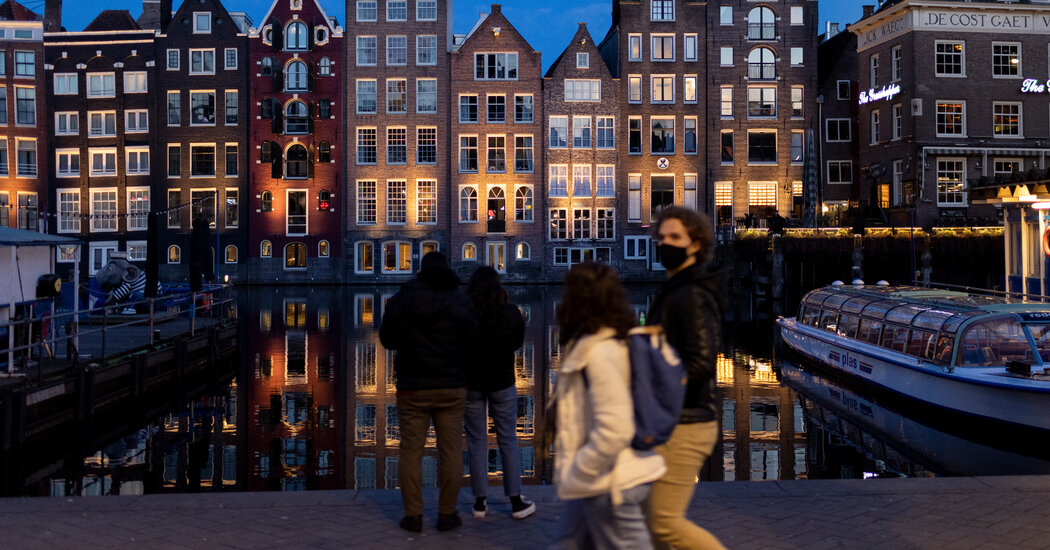 Support for the prostitutes and coffee shop owners was echoed in several interviews with Amsterdam residents, including Roy Van Kempen, a 31-year-old marketing manager who has lived in Amsterdam since 2008.

“Paris has the Eiffel Tower, and we have the Red Light District and this idea that everything is possible in Amsterdam. And I would like to keep it like this, actually,” he said.

But Irina, Mr. Helms, Mr. Van Kempen and half a dozen other Amsterdammers interviewed agreed that the city center has a major problem: A tourism “monoculture” has taken root, and residents are being pushed out. Businesses and services that used to cater to locals — high-quality bakeries, butcher shops, and the like — have been replaced by trinket shops, ice-cream parlors and “Nutella shops,” which serve takeaway waffles and other treats smeared in the hazelnut spread, mainly to tourists. Meanwhile, rising housing prices — due, in part, to the rise of Airbnb and other vacation rental platforms — have made the city center unaffordable for many locals.

This monoculture has been thrown into the spotlight over the past year, Ms. Udo said, adding that she had been struck by how deserted the city center has felt during the pandemic, especially compared to other parts of Amsterdam. “That was a real eye-opener,” she said. “There are not enough people living there and working there to get this liveliness back in the neighborhood when the visitors are gone.”

Alongside the restrictions proposed by the mayor’s office, city officials and some residents have also tried softer approaches to tackling the problems associated with tourism, some of which were rolled out with success before the pandemic.

One critical strategy has been to try to reach visitors before they even arrive. Amsterdam’s Enjoy and Respect campaign, which launched in 2018, targeted the primary source of the behavior problems — Dutch and British men between the ages of 18 and 34 — with messages about the fines they could incur by urinating in the street, littering or getting drunk in public areas. A subsequent survey showed that the messages had reached at least part of that audience, but measuring the campaign’s effectiveness has proved to be a challenge.

GREENVILLE, N.C.--(BUSINESS WIRE)--Employers aiming to win the war on talent have a new “A” team to tap into: college and professional athletes. … END_OF_DOCUMENT_TOKEN_TO_BE_REPLACED

Mortgage rates are likely to rise in July, extending a seven-month streak. High inflation, and the Federal Reserve's efforts to control it, have … END_OF_DOCUMENT_TOKEN_TO_BE_REPLACED