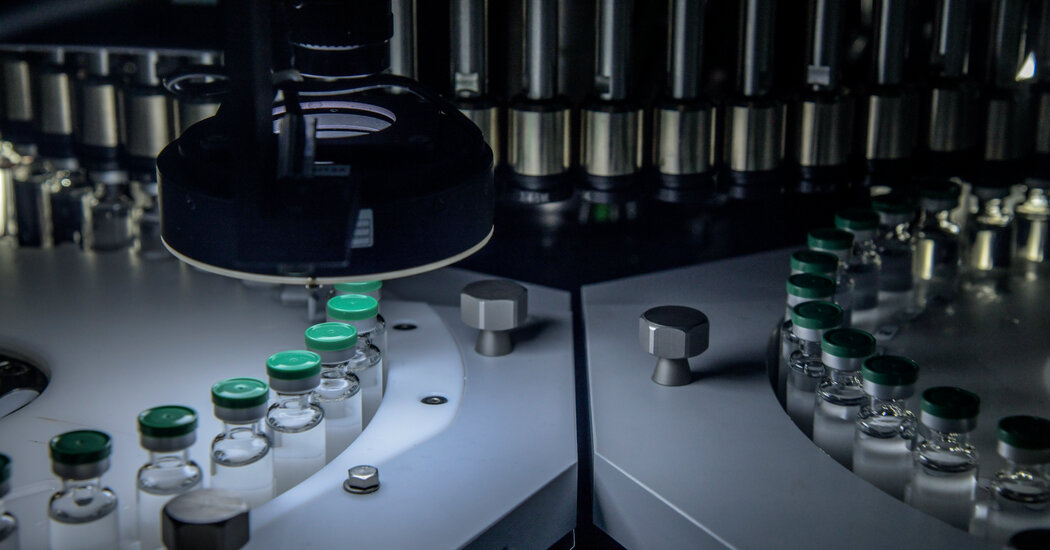 NEW DELHI — Adar Poonawalla made big promises. The 40-year-old chief of the world’s largest vaccine maker pledged to take a leading role in the global effort to inoculate the poor against Covid-19. His India-based empire signed deals worth hundreds of millions of dollars to make and export doses to suffering countries.

Those promises have fallen apart. India, engulfed in a coronavirus second wave, is laying claim to his vaccines. Other countries and aid groups are now racing to find scarce doses elsewhere.

At home, politicians and the public have castigated Mr. Poonawalla and his company, the Serum Institute of India, for raising prices mid-pandemic. Serum has suffered production problems that have kept it from expanding output at a time when India needs every dose. He has come under criticism for departing to London amid the crisis, though he said it was only a quick trip. He told a British newspaper he had received threats from politicians and some of India’s “most powerful men,” demanding that he supply them with vaccines. When he returns to India, he will travel with government-assigned armed guards.

In an interview with The New York Times, Mr. Poonawalla defended his company and its ambitions. He had no choice but to hand over vaccines to the government, he said. He cited a lack of raw materials, which he has partially blamed on the United States. Making vaccines, he said, is a painstaking process that requires investment and major risks. He said he would return to India when he had finished his business in London. He shrugged off his earlier comments about threats, saying they were “nothing we can’t handle.”

backed waiving intellectual property protections for vaccines, which could make it easier for Indian factories to make them. Still, that won’t help India’s current crisis, which as of Friday had claimed more than 230,000 lives — a figure that likely represents a vast undercount.

a horse breeder turned vaccine billionaire. Before the crisis, he was extolled in the Indian media as an example of a new class of young, worldly entrepreneurs. Photos of him and his wife, Natasha, were a staple of fashion spreads.

Serum received a $300 million grant from the Gates Foundation to supply as many as 200 million doses of Covishield and another vaccine in development to the Gavi Alliance, the public-private partnership that is overseeing Covax, the program to donate vaccines to poor countries.

Serum pledged between January and March to sell about 1.1 billion vaccine doses in coming months, according to a review of purchase agreements supplied by UNICEF. By the time India largely stopped vaccine exports, Serum had exported only about 60 million doses, about half to Gavi. India had claimed more than 120 million.

“This is something coming from India,” he said. “It’s not the supplier that is defaulting.”

The world is grappling with the ripple effect. A spokesman for Gavi said that India’s decision to prioritize “domestic needs” is having “a knock-on effect in other parts of the world that desperately need vaccines.” Still, in a sign of the lack of options for getting vaccines, Gavi on Thursday signed a purchase deal with an American vaccine company, called Novavax, involving doses to be made by Serum.

people are being turned away from vaccination centers that have run out of doses.

Serum has missed its expansion targets. Mr. Poonawalla said last fall that by early this year, Serum Institute would be pumping out 100 million doses per month, of which about four in 10 would go overseas.

But after a fire at a facility that was supposed to help the company ramp up vaccine production, Serum’s capacity has remained at about 72 million doses per month. A grant of more than $200 million from the Indian government should help the company reach its goal by summer, he said.

Mr. Poonawalla has also come under scrutiny for charging different prices to the central government, to India’s states and to private hospitals. Two weeks ago, Serum said it would charge state governments about $5 per dose, about $3 more than what it charges Mr. Modi’s government.

Last week, following criticism, Mr. Poonawalla lowered the price to $4. Still, the critics point to an interview in which Mr. Poonawalla said that he was making a profit even at the central government’s price.

Mr. Poonawalla said that Serum could sell at a lower price to India’s central government because it was ordering larger volumes.

“People don’t understand,” Mr. Poonawalla told The New York Times. “They just take things in isolation and then they vilify you, not realizing that this commodity is sold at $20 a dose in the world and we’re providing it for $5 or $6 in India. There’s no end to the cribbing, the complaining, the criticizing.”

In an interview with The Times of London newspaper published last week, he described receiving constant, aggressive calls demanding vaccines immediately. “‘Threats’ is an understatement,” he told the paper.

He played down the threats in his interview with The New York Times, and his office declined to disclose further specifics. Still, the comments caused an uproar in India. Some politicians demanded that he name names.

tweeted that Mr. Poonawalla’s departure to London was “shameful” and that he should reduce prices.

The Serum Institute is planning a major expansion in Britain, investing nearly $335 million for research and development, to fund clinical trials, to build out its sales office and to possibly construct a manufacturing plant, Mr. Poonawalla’s office said.

“Everyone is depending on us to be able to give this magic silver bullet in an almost infinite capacity,” Mr. Poonawalla said. “There’s this tremendous pressure from state governments, ministers, the public, friends, and they all want the vaccine. And I’m just trying to equitably distribute it as best I can.”

SEATTLE--(BUSINESS WIRE)--(NASDAQ: RDFN) —The housing market turned a corner in April as the inventory crunch showed signs of easing, according to a … END_OF_DOCUMENT_TOKEN_TO_BE_REPLACED

We present a chance to live like Rocky Mountain royalty right in the heart of Denver. “You don't see a lot of castles in the middle of Denver—and this … END_OF_DOCUMENT_TOKEN_TO_BE_REPLACED