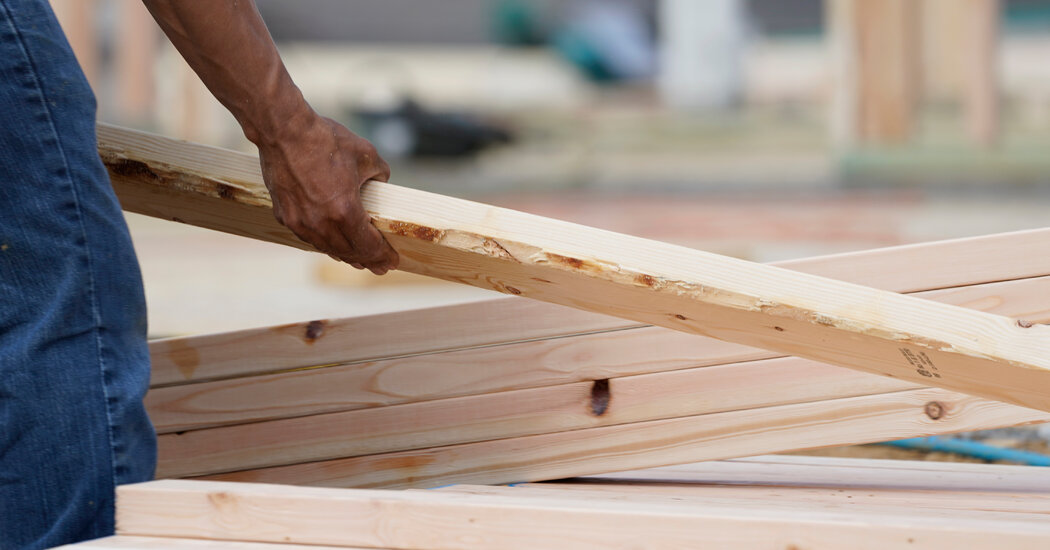 The central fact of the American economy in mid-2021 is that demand for all sorts of goods and services has surged. But supplies are coming back slowly, with the economy acting like a creaky machine that was turned off for a year and has some rusty parts.

The result, as underlined in new government data this week, is shortages and price inflation across many parts of the economy. That is putting the Biden administration and the Federal Reserve in a jam that is only partly of their own making.

Higher prices and the other problems that result from an economy that reboots itself are frustrating, but should be temporary. Still, the longer that the surges in prices continue and the more parts of the economy that they encompass, the greater the chances that Americans’ psychology about prices and inflation could shift in ways that become self-sustaining.

For the last few decades, companies have resisted raising prices or paying higher wages because they felt that doing so would cost them too much business. That put a damper on inflation across the economy. The question is whether current circumstances are evolving in a way that could change that.

shortage of limes, their prices spike and people use more lemons.

after a cyberattack shut down a major pipeline, are truly random events that tell us virtually nothing about underlying supply and demand or future inflation.

Some other sectors seem poised to experience price rises. Restaurants, for example, are complaining of severe labor shortages that are forcing them to curtail service or sharply raise pay for line cooks and dishwashers. If they try to reflect those higher costs in their prices, it will cause the price of food away from home to start rising faster than the (already fairly high) 3.8 percent figure over the last year.

Professional inflation-watchers are on close watch for signs that these forces might be unleashing a form of thinking about price dynamics unseen since the early 1980s, when prices rose in part because everyone expected them to.

The Fed is betting that won’t happen — that even if there are several months of surging prices, it will be at worst a one-time adjustment, and potentially something that reverses as old spending patterns return and workers return to their jobs.

“If past experience is any guide, production will rise to meet the level of goods demand before too long,” the Fed governor Lael Brainard said in a speech this week. “A limited period of pandemic-related price increases is unlikely to durably change inflation dynamics.”

For now, movements in key financial markets mostly align with the Fed view.

Futures contracts for major commodities like oil and copper, for example, suggest that traders expect prices to fall slightly in the years ahead, not rise further.

And in the bond market, even after a surge in longer-term interest rates following the high inflation reading Wednesday, most signs point to future inflation consistent with the 2 percent the Fed aims for.

Still, the level of future inflation implied by those bond prices has risen significantly in the last few weeks, meaning further moves are likely to increase worries that the inflation issues will be not-so-transitory after all. And the pattern could change abruptly if more evidence starts to arrive that the outlook for inflation is becoming unmoored.

“We aren’t obviously on the way to a very high and persistent inflation outcome,” said Brian Sack, director of global economics at the hedge fund D.E. Shaw and a former senior Federal Reserve official. “But we’re at an inflection point, in that the rise in inflation expectations to date has been a policy success, but a rise from here could become a policy problem.”

The Fed may believe that the evidence emerging in various corners of the economy is a one-time occurrence that will fade into memory before too long. The Biden administration is betting its agenda on the same idea.

Ultimately, what matters more than whatever the bond market does is how ordinary Americans who make everyday economic decisions — demanding raises or not, paying more for a car or not — view things. Can they wait for the complex machinery of the American economy to fully crank into gear?

Listed on April 21 for $2,395,000 with Adam Weissman of Coldwell Banker Bain of Lake Union, the gorgeous four-bedroom brick home was sold on May 6 for … END_OF_DOCUMENT_TOKEN_TO_BE_REPLACED