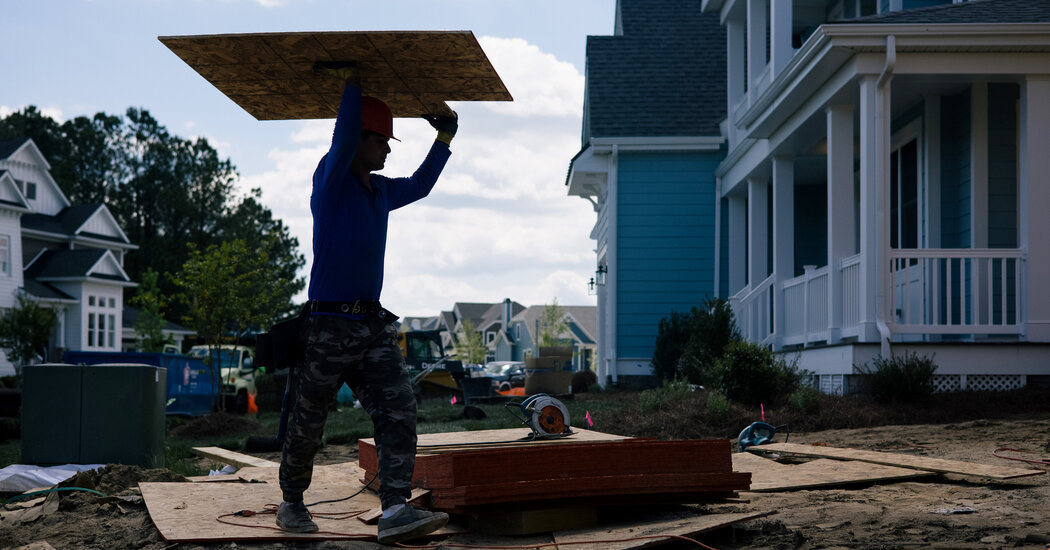 Consumer prices jumped at the fastest pace in more than a decade in April, surprising economists and intensifying a debate on Wall Street and in Washington over whether inflation might reach levels that would squeeze households and ultimately undermine the recovery.

Investors and politicians are worried that prices will keep climbing — potentially causing the Federal Reserve to lift interest rates sharply. That could slow economic growth and send stock prices plummeting. But some economists and central bank officials said the jump in the Consumer Price Index reflected pandemic-driven trends that would most likely prove temporary.

Stocks slumped more than 2 percent on Wednesday, their biggest decline since late February.

Hanging over the debate is America’s inflationary experience in the 1960s and 1970s, when big government spending, an oil crisis, a slow-moving Fed and the final end of the gold standard converged to send price gains to double-digit heights. The central bank got things under control only by lifting interest rates to punishing levels, at a grave cost to the housing market and ultimately the job market.

Few analysts expect a return to such huge price gains, in part because the Fed has pledged to act to keep inflation under control. But if officials are prodded to withdraw economic support quickly in order to prevent another “Great Inflation,” it could spur a downturn, as sudden Fed changes have done in the past.

“We have not made substantial further progress toward our labor market objective,” Mr. Clarida said Wednesday, speaking to business economists on a webcast.

Fed last year redefined its 2 percent inflation target to make it clear that it will aim for periods of slightly faster price gains to make up for months of slow ones.

Fed officials have been clear in recent weeks that as inflation pops, they need to focus on both risks: that it might take off, but also that it might sink back down after a 2021 reopening jump.

“The Fed has a fundamentally different framework. I mean, we cannot apply the playbook of the Fed in the previous recovery to what’s happening now,” said Jean Boivin, head of the BlackRock Investment Institute. “I think each time we get a number that surprises in the upside, we get an extrapolation, too much extrapolation, into a Fed tightening coming sooner.”

About an hour outside of the capital city of San Juan, the sumptuous spread known as Hacienda Illusion is now on the market for $48 million. For a … END_OF_DOCUMENT_TOKEN_TO_BE_REPLACED

Kids at Hilton Aruba play with the resident birds. Hilton Aruba As summer nears, hotels around the world are making big changes and refreshing their … END_OF_DOCUMENT_TOKEN_TO_BE_REPLACED

In 1789, before the slave rebellion, the marquis bought 21 recently kidnapped Africans before leaving for France. But he didn’t indicate where they … END_OF_DOCUMENT_TOKEN_TO_BE_REPLACED