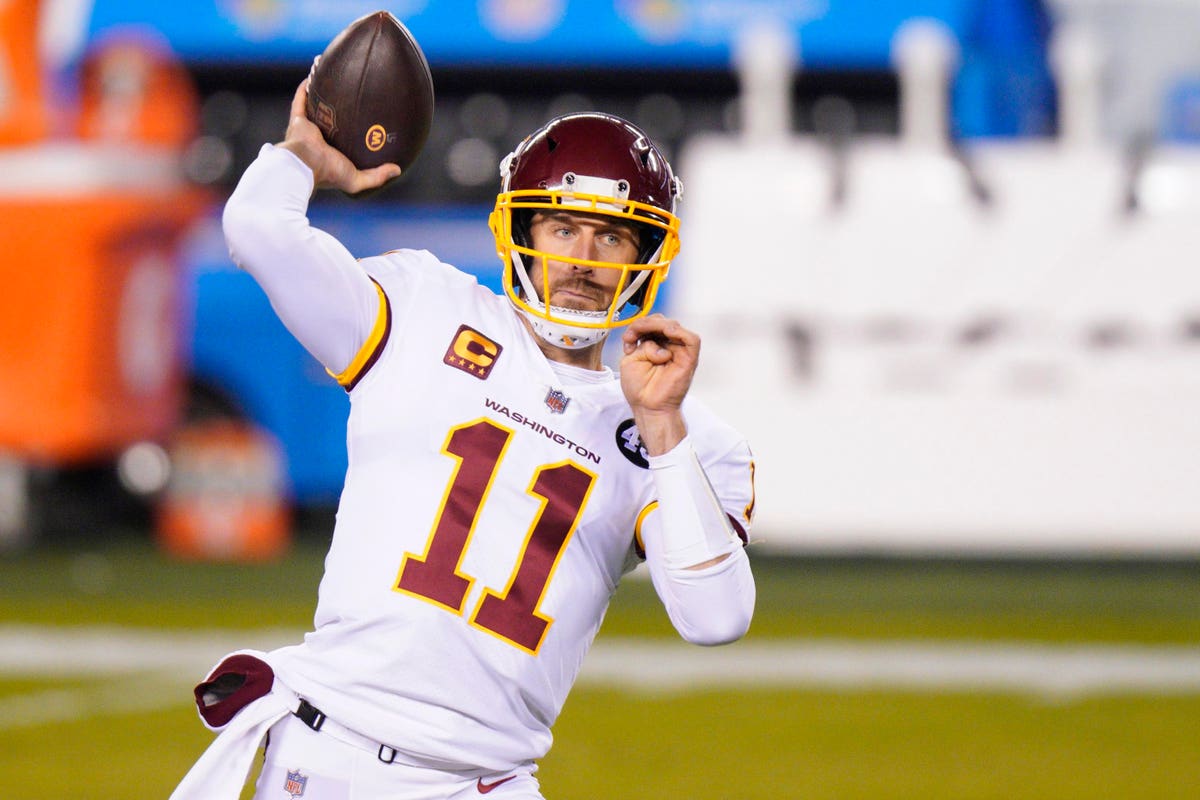 Alex Smith worked seemingly as hard as anyone possibly could to keep his football career alive.

However, that career is over now. The veteran quarterback received little interest in the free agent market after last season and opted to retire and take a studio hosting role with ESPN.

The 37-year-old has found that the next step in life has not been as difficult as he might have expected. He has embraced dipping his toe into television work.

“It’s been a ton of fun so far I’m really enjoying what I’m doing at ESPN,” Smith said. “I can say that this game has shaped my life since I was a little kid. I was grateful for it and still grateful to be around it.”

Following 16 seasons in the NFL, Smith is also looking forward to enjoying autumn in a non-football playing capacity at his Northern California home. It brings a sense of normalcy to his life and frees up more time to spend with his wife and three children.

“My family has sacrificed so much for me and my career over the years” Smith said, “and, so, I look forward to sort of putting the attention on them, try to be the best father and husband I can be and try to strike that balance better than I could when I was playing.”

Smith entered the NFL with great fanfare in 2005 when the San Francisco 49ers chose him with the first overall draft pick from Utah. He moved on to the Kansas City Chiefs in 2013 for a five-season stint then wrapped up his career with a three-year run with the Washington Football Team.

Smith guided his teams to the playoffs six times and was a three-time Pro Bowl selection. However, he will be best remembered for winning last year’s NFL Comeback Player of the Year award from both the Associated Press and Professional Football Writers of America.

A case can be made Smith was more the Comeback Player of the Ages.

Smith sustained a spiral and compound fracture to the tibia and fibula in his right leg Nov. 18, 2018 while playing for Washington when he was sacked by the Houston Texans’ Kareem Jackson and J.J. Watt.

Smith developed life-threatening necrotizing fasciitis following the surgery that resulted in sepsis. That required him to undergo 17 surgeries, including eight debridements, in four hospital stays over nine months.

Doctors, at one point, felt amputation above the knee might be the only option to save any part of the leg. However, they were able to perform skin grafts and and surgery transferring muscle from his left quadriceps.

Smith sat out the entire 2019 season but was on the active roster to start 2020.

Because of injuries to other quarterbacks, Smith played in eight games and started six of them. Washington won five of those six starts on the way to capturing the NFC East title, albeit with a 7-9 record.

Smith’s story became an inspiration for football fans – and those who don’t follow sports – across the United States and throughout the world.

ESPN also documented Smith’s comeback from surgery in the film “Project 11.” He feels the documentary helped fans relate to the comeback.

“It was something that was very outside my comfort zone,” Smith said. “I’ve always been kind of private and really valued my family’s privacy, so sticking the camera in the middle of this, especially when, at that point the outcomes really didn’t look very good, was really scary to do that, to be that vulnerable and transparent, while dealing with something that was pretty difficult.”

However, Smith found that documenting his journey was both personally cathartic and inspiring to others

“I think the most important thing is knowing that there were so many people that I didn’t even meet that played such a significant role in my mental journey and recovery. They didn’t really know paved the way for what I did,” Smith said. “So, I really felt like it was my link in that chain of progression going forward, sort of to maybe potentially be that for somebody else going through a difficult situation does mean a lot to me.

“I think that was kind of the most important driving factor for me when I decided to do it.  It certainly means the most when I do hear feedback from people that are going through difficult situations physically and trying to make recoveries.”

Smith also knows the importance of recovery during workouts and is why he holds one of his latest projects dear.

Smith is a spokesman for Gatorade and its new Gx Sweat Patch, the first-to-market wearable that determines athletes’ unique sweat profile to inform their personalized hydration strategies. That technology was previously only available primarily to professional athletes.

The patch connects to the free Gx app so athletes can see their results along with science-backed insights and customized recommendations.

“Hydration, diet and nutrition as a whole, it would hard to overstate their importance, not just in life but certainly any kind of training anybody’s doing, whether they’re playing a sport or just working out,” Smith said. “From a performance standpoint, it is such a huge part of it. We’re all different and I think that’s what I think also is important there is no one perfect way to hydrate.

“So, to now get this kind of personalized sweat information so that you can go rehydrate the way your body is looking for, it’s so cool to see this kind of advancement in technology and wearables. It’s fun and it’s awesome.”

Kevin McKenzie and Martine van Hamel were standing in the dining room of their weekend house in Woodstock, N.Y., trying to figure out when they got … END_OF_DOCUMENT_TOKEN_TO_BE_REPLACED