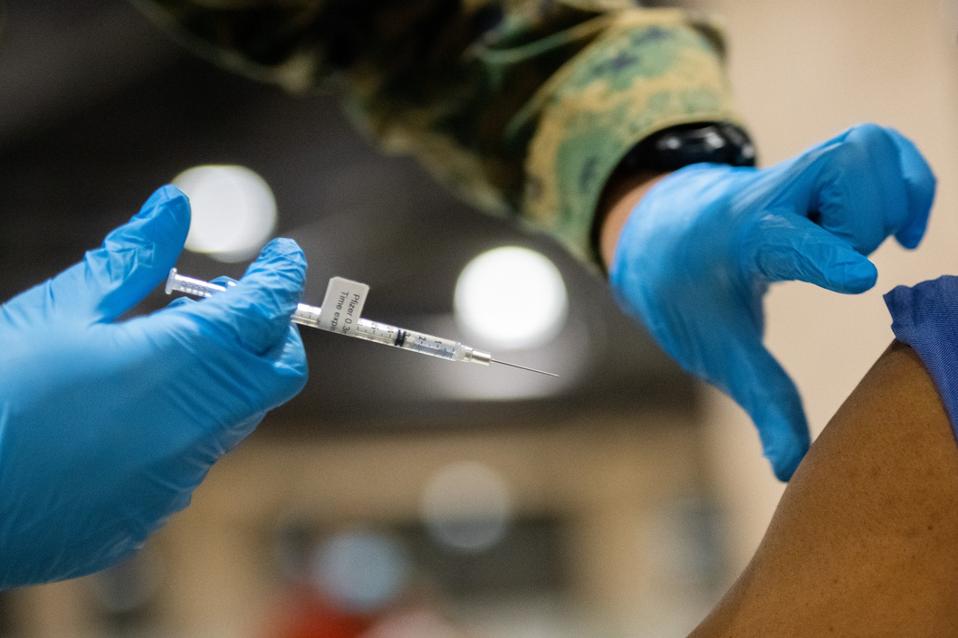 The record-setting development of multiple Covid-19 vaccines will go down in history as some of medical science’s greatest achievements. In less than a year, the competing vaccines went from the drawing board to saving lives around the world.

Unfortunately, many liberal policymakers are attacking the system of strong intellectual property rights that underpinned the work of these heroic scientists. If their attacks are successful, then there could be many fewer medical miracles in our future.

Later this month, the World Trade Organization is expected to rule on a petition championed by the governments of India and South Africa to suspend patents related to Covid-19 vaccines and treatments.

Supporters of this scheme claim it would boost the availability of vaccines in poorer countries. They also argue that governments have helped fund the research that led to the Covid-19 vaccines—so the public has a claim on the fruits of that work.

There’s no evidence that suspending intellectual property rights will speed up the manufacturing or distribution of Covid vaccines. The process of making these vaccines is hard. The machines that make the particles that go into the shots are highly complex, and their supply is limited.

As pharmaceutical researcher Derek Lowe has explained, “There are definitely not dozens of companies who can make enough RNA,” the genetic material in the Moderna and Pfizer/BioNTech vaccines that instructs our cells in how to fight the coronavirus. Lowe continues: “And you can count on one hand the number of facilities who can make the critical lipid nanoparticles” that carry the mRNA to our cells.

There’s a wealth of evidence, on the other hand, that revoking patents will cause drugmakers to put their research and development efforts on hold.

Pharmaceutical companies spend an average of 15 years and nearly $3 billion to bring a new medicine to market. Just one-tenth of one percent of potential pharmaceutical compounds ever enter clinical trials in humans. And just 0.02% of those compounds ends up garnering approval and being dispensed to patients.

Clearly, developing life-saving medicines is a risky, expensive, and time-consuming endeavor. Few investors would ever consider funding drug research if there were a threat that governments could seize the fruits of that research and prevent them from having a chance to recoup their money.

India and South Africa aren’t the only countries looking to launch a broadside on the global intellectual property system. The idea has a following here in the United States, too.

Last year, attorneys general from 31 states, as well as American Samoa, Guam, and the District of Columbia, called on the federal government to revoke the patent for remdesivir, the antiviral developed by Gilead Sciences that shortened stays in the hospital for patients with Covid-19.

The attorneys general argued that the government had a claim on the intellectual property behind the drug, since it had funded early-stage research. Nevermind that the federal government’s own experts determined that it didn’t “qualify. . . as a joint inventor of the compound.” The public’s investment in research broadly related to remdesivir totaled about $70 million; Gilead, with no guarantee of any success, risked more than $1 billion developing the drug.

Drugmakers have come up with the vaccines that will ultimately save millions of lives and allow the world to return to life as usual. They’ve also developed ways to get those vaccines to as many people quickly and cheaply—often to the detriment of their bottom line.

AstraZeneca, for example, has volunteered not to take any profits during the pandemic and pledged to direct more than 64% of its vaccine doses to developing nations. Johnson & Johnson has promised to allocate up to half a billion vaccines to lower-income countries.

All four major vaccine developers—Pfizer, Moderna, AstraZeneca, and Johnson & Johnson—are allowing manufacturers to license their patents for free in order to make more vaccines available as quickly as possible.

Suspending patents won’t increase the number of vaccines available. It will only prevent the development of new innovative and life-saving drugs—and leave us less prepared for future pandemics. It’s an idea that tomorrow’s patients will pay for.

Anil G. Kumar, a civil engineer, was one of them. Around this time last year, he and his family were about to buy a two-bedroom apartment. But when … END_OF_DOCUMENT_TOKEN_TO_BE_REPLACED

In a coup for the venerable Paris Opera, founded in 1669 by Louis XIV, the company announced on Friday that the superstar conductor Gustavo Dudamel … END_OF_DOCUMENT_TOKEN_TO_BE_REPLACED