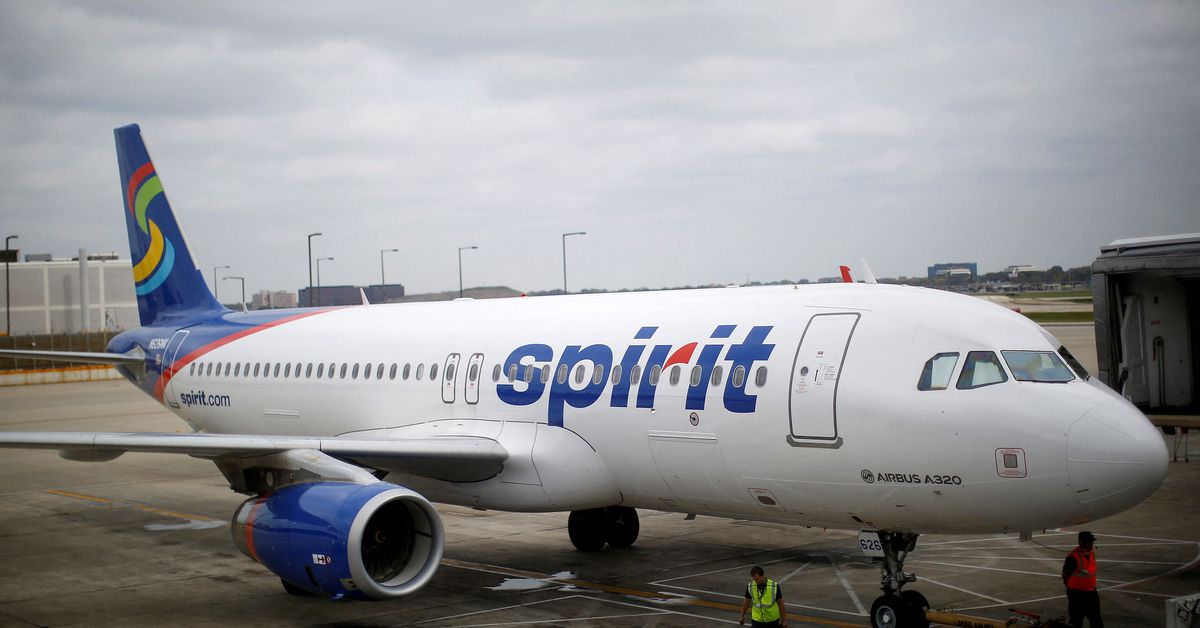 “On balance, support for the merger with Frontier on the revised terms is warranted,” the proxy advisory firm said in a report published late Friday and made public on Saturday.

Spirit is the subject of a bidding war between Frontier and JetBlue Airways Corp (JBLU.O).

Earlier this month, New York-based JetBlue sweetened its offer for Spirit by $2 to $33.50 per share in cash. read more

Spirit Airlines on Friday said that Frontier raised its cash offer by $2 per share to buy the airline and urged its shareholders to back a merger deal with Frontier at a meeting next week. read more

Spirit shareholders are due to vote on the merger deal with Frontier on June 30.

ISS also said the current offer from Frontier appears preferable as it matches the $2.00 increase in JetBlue’s offer price and also provides a higher prepayment of $2.22 per share compared to $1.50 per share from JetBlue.

Florida-based Spirit has repeatedly rejected JetBlue’s offer, saying it has a low likelihood of winning approval from U.S. regulators.

However, JetBlue has been persistent and said it continued to believe its proposal was superior to Frontier’s adding that it will “more thoroughly” review and assess the revised terms of Frontier’s proposal.

Reporting by Mrinmay Dey in Bengaluru
Editing by Alistair Bell

AUSTIN, Texas--(BUSINESS WIRE)--As the first multifamily management company to be recognized in the Public Relations and Marketing Excellence Awards, … END_OF_DOCUMENT_TOKEN_TO_BE_REPLACED

There have been whispers of cooling housing and rental prices in the San Francisco Bay Area, but that hasn't yet translated into practical, noticeable … END_OF_DOCUMENT_TOKEN_TO_BE_REPLACED

Cars pass in Independence Square at twilight in Kyiv, Ukraine, Monday, Oct. 31, 2022. Rolling ... [+] blackouts are increasing across Ukraine as the … END_OF_DOCUMENT_TOKEN_TO_BE_REPLACED