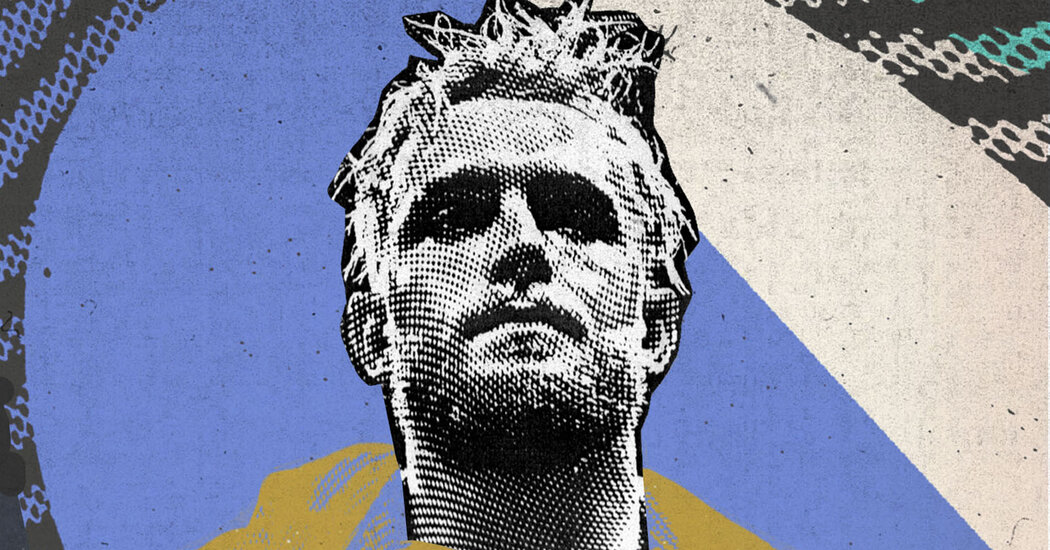 In the vast world of YouTube villains, there may be none as famous as Jake Paul.

The 24-year-old Vine star turned vlogger has polarized viewers with videos of dangerous pranks and stunts (though he continues to bring in millions of views). He is a serial entrepreneur linked to several dubious and misleading business ventures (though that hasn’t deterred investors). He has repeatedly offended and alienated his collaborators (though he keeps finding new ones). In 2020, he declared the coronavirus a “hoax.” It can often seem that he lives to provoke outrage.

Now, Mr. Paul is facing allegations of sexual misconduct from other influencers.

Yet he remains the blueprint for many social media stars today. Without him, it’s hard to imagine the current land rush of so-called “collab houses,” where young content creators film videos, throw parties and spur drama. Or the proliferation of prank videos on YouTube. Or the bad-boy archetype embodied by so many influencer-entrepreneurs born on TikTok.

At the center of these comparisons is the Team 10 house, an influencer collective and talent management agency founded by Mr. Paul in 2016. The vision: He and six other creators, aged 14 to 19, would live together and leverage their collective followings for views and cash. Everyone would benefit, but no one more than Mr. Paul.

raising capital to start a media company focused on influencers, said he could help him become much bigger.

Aaron Mitchell, AJ’s father, said he “was not very impressed with Jake” and that he didn’t want his son, who was 14 at the time, involved with Team 10. However, after extensive conversations with Mr. Paul’s parents, Greg Paul and Pam Stepnick; Mr. Paul’s assistant, Erica Costell, who was in her mid-20s; and Neels Visser, another member of Team 10, he and his wife, Allison, decided to allow AJ to join the group.

The arrangement worked like this: Each of the influencers could live in the Team 10 house (a rented mansion in the upscale Beverly Grove neighborhood of Los Angeles) for free if they agreed to produce regular content for social media (which Mr. Paul would monetize) and participate in brand deals. (Mr. Paul declined to comment on the financial arrangement he had with house residents.)

David Dobrik’s Vlog Squad, relied on pranks and practical jokes, drawing from a lineage of entertainment franchises like “Jackass” and “Punk’d” as well as the work of creators like Mr. Paul’s older brother, Logan. The people living and working in the Team 10 house served as subjects for all kinds of antics.

electrically shocked without warning and facing pressure to jump from the mansion’s roof into a pool. The videos give the impression of a rollicking frat house during rush season rather than a collaborative work environment.

Former Team 10 members told The Times that Mr. Paul once chain-sawed through a bedroom door to wake up two people in the house. One of Mr. Paul’s former assistants recalled arriving for work to find her desk had been smashed for a video. The Times sought comment from Mr. Paul on the material of the YouTube videos and the accounts of former Team 10 associates, and he declined.

sued Mr. Paul for hearing loss after the influencer blared a car horn at him; the case was later dismissed.

“When it comes down to someone having to do something to get attention, every single day you have to do crazy stuff,” Mr. Mitchell said. “If you go back and look at those videos, you see a lot of crazy stuff and you’ll see why kids are drawn into it, because it was a house full of kids doing whatever they want. Every day it was a new crazy thing, but people wanted to watch it.”

said Mr. Paul had created “living hell” for them and turned their sleepy neighborhood into “war zone.”

The following year, Ivan and Emilio Martinez, two YouTubers from Spain who had lived in the Team 10 house, spoke about their decision to leave. In a YouTube video, they said Mr. Paul bullied them, terrorized them with pranks and made racist comments mocking their background and language skills. (The two speak English as a second language.)

In a 2018 interview with the YouTuber Shane Dawson, Ms. Violet described what it was like to date and work with Mr. Paul. “He’s not a physical abuser, but mentally and emotionally, 100 percent, every day, 2,000 times a day,” she says in the video. “I can’t even remember a conversation where it was me walking away feeling good about myself.”

she shows scars to the camera. “He would just do it way too hard.”

accused Mr. Paul of sexual assault. The incident, she said, involved forced oral sex and took place at the Team 10 house in 2019.

Railey Lollie, 21, a model and actress who began working with Mr. Paul when she was 17, said he often called her “jailbait” and commented on her appearance. She said that one evening in late 2017, after filming a video, Mr. Paul groped her. She forcefully told him to stop, and he ran out of the room.

In the business and entertainment worlds, the name Jake Paul continues to have cachet. In March, Mr. Paul announced he was starting a new venture fund; already, powerful figures in Silicon Valley have agreed to contribute to the fund.

interview with ESPN last year, Mr. Paul said he earned “eight figures” for a fight against Nate Robinson, a former N.B.A. star. For his most recent fight, against Ben Askren, a former mixed martial arts champion, Mr. Paul’s disclosed pay was $690,000. (After the fight, Mr. Paul wrote in an Instagram post that the fight had drawn 1.5 million pay-per-view customers.)

Where other YouTubers, like David Dobrik and James Charles, have faced financial fallout after accusations of misconduct, Mr. Paul has yet to see such consequences. “If Jake’s sponsors and investors don’t hold him accountable, then why would he change any of his actions?” Ms. Paradise said.

Whether you optimistically hope that mortgage rates will decline or are resigned that rates will stay elevated above the historic lows of 2021, you … END_OF_DOCUMENT_TOKEN_TO_BE_REPLACED

A resident of Nikopol, Ukraine, in her backyard last month, with smoke rising from an area on the opposite bank of the Dnipro River. Credit...David … END_OF_DOCUMENT_TOKEN_TO_BE_REPLACED