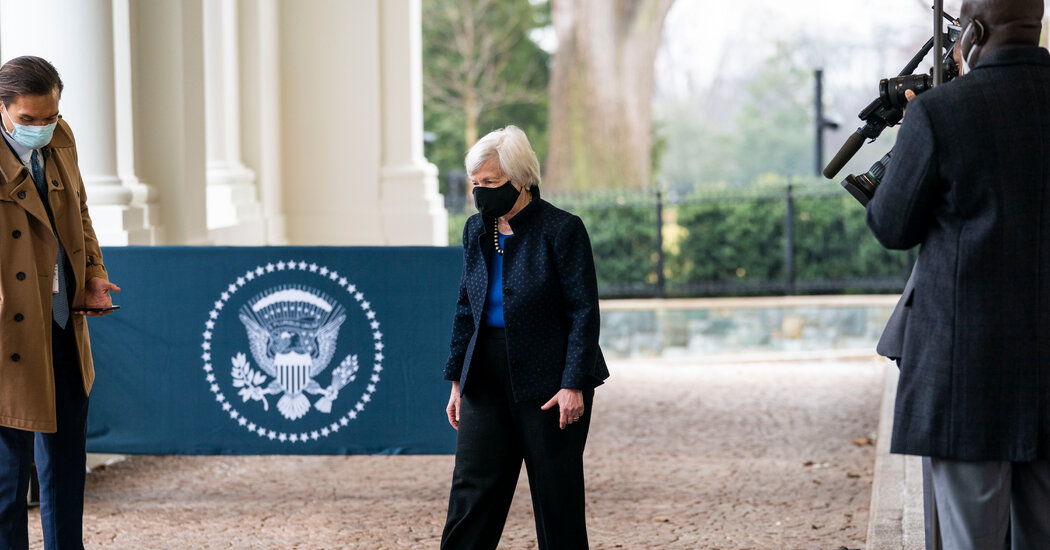 Treasury Secretary Janet L. Yellen said higher interest rates might be needed to keep the economy from overheating given the large investments that the Biden administration is proposing to rebuild the nation’s infrastructure and remake its labor force.

The comments, shown on Tuesday at an event sponsored by The Atlantic, come amid heightened concern from some economists and businesses that the United States is in for a period of higher inflation as stimulus money flows through the economy and consumers begin spending again. The Treasury secretary has no role in setting interest rate policies.

Jerome H. Powell, the Federal Reserve chair, said last month that the central bank is unlikely to raise interest rates this year and wants to see further healing in the American economy before officials will consider pulling back their support by slowing government-backed bond purchases and lifting interest rates.

While the Fed is watching for signs of inflation, Mr. Powell and other Fed officials have said they believe any price spikes will be temporary and will not be sustained. On Monday, John C. Williams, president of the Federal Reserve Bank of New York, said that while the economy is recovering, “The data and conditions we are seeing now are not nearly enough” for the Fed’s policy-setting committee “to shift its monetary policy stance.”

spending approximately $4 trillion over a decade and would pay for the investments with tax increases on companies and the rich.

The Seattle Seahawks are very much still in the running for Baker Mayfield. (Photo by Stacy ... [+] Revere/Getty Images) Getty Images The Seattle … END_OF_DOCUMENT_TOKEN_TO_BE_REPLACED

LANSING, Mich. — At least 357 sitting Republican legislators in closely contested battleground states have used the power of their office to discredit … END_OF_DOCUMENT_TOKEN_TO_BE_REPLACED