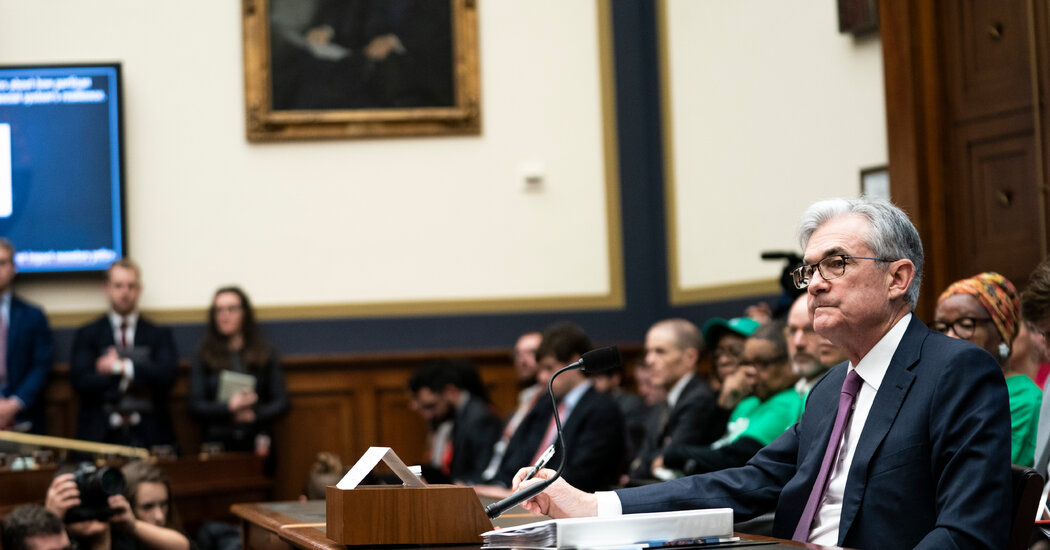 Jerome H. Powell, the chair of the Federal Reserve, said the Fed’s research into central bank-issued digital currencies is early and exploratory — and that U.S. officials would only consider issuing a digital dollar if they believed there was a clear use and if the idea had widespread public and political buy-in.

“You can expect us to move with great care and transparency,” Mr. Powell said on Monday at a Bank for International Settlements event on central bank innovation. “We would not proceed with this without support from Congress.”

Mr. Powell said that at this stage, the Fed is looking into whether there is even a need for a central bank digital currency — a technology-based instrument with official government backing. Payment systems are already speeding up and banks offer digital money in the form of bank deposits, he noted, so the need for a central bank version is an open question.

“Does the public want, or need, a new digital form of central bank money to complement what is already a highly efficient, reliable and innovative payments arena?” he said.

Central bank digital currency could offer benefits, Mr. Powell said — perhaps laying the groundwork for a more efficient, more inclusive payment system, and maintaining the dollar’s competitive position as the leading global currency. But there are also big risks. Digital currencies could bring cybersecurity vulnerabilities and the possibility of money laundering, and they might disrupt the stable relationship between customers, banks and the Fed.

The Fed’s Washington-based board has begun experimenting with central bank digital currencies, and the Federal Reserve Bank of Boston is collaborating with researchers at the Massachusetts Institute of Technology on complementary research.

“The focus really is on developing and understanding the capabilities and limitations of the relevant technologies,” he said. “It’s not an attempt to create a prototype.”

Mr. Powell said regulation is not “where it needs to be” when it comes to stable coins — a type of cryptocurrency which has value tied to an outside asset. He dismissed the possibility that private stable coins could substitute for central bank money.

And when it comes to cryptocurrencies like Bitcoin that aren’t backed by some value anchor, Mr. Powell said they are risky assets as opposed to dollar-like money.

“Crypto assets, they’re highly volatile — see Bitcoin — and therefore not really useful as a store of value,” Mr. Powell said. “It’s more a speculative asset, that’s essentially a substitute for gold, rather than for the dollar.”

You were seeing double this week: A spectacular $54 million compound featuring two equally luxurious mansions separated by a private lake in Southwest … END_OF_DOCUMENT_TOKEN_TO_BE_REPLACED