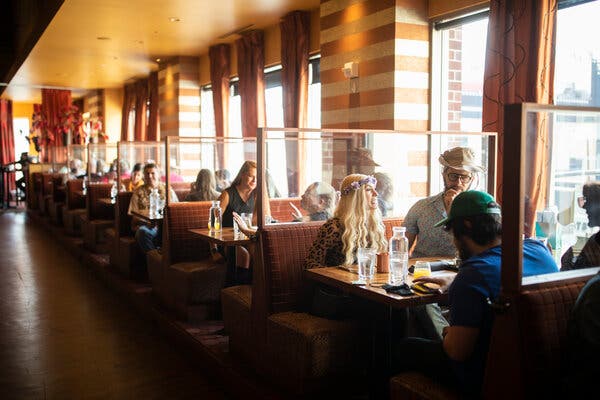 rose last week, partly because of the devastating winter storms in Texas, after a significant drop the prior week.

At the same time, the Labor Department reported last week that employers added 379,000 jobs in February, an unexpectedly robust number that reinforced confidence in the strength of the recovery roughly one year into the pandemic-induced downturn. The gains came largely in the hard-hit leisure and hospitality industries.

Although initial jobless claims have fallen significantly since last spring, the economy has a long way to go until it reaches pre-pandemic levels. All told, there are about 9.5 million fewer jobs than there were a year ago. More than four million people have dropped out of the labor force, a group not included in the most widely cited unemployment rate.

“We’re still not yet at the phase of the recovery where we’re seeing the floodgates open up,” said Daniel Zhao, senior economist with the career site Glassdoor. “I don’t think it’s quite fair to call what we’ve done so far ‘reopening’ because there’s still a lot of people who are out of work and a lot of businesses that are closed.”

Layoffs and business closings persist, trends likely to keep showing up in the weekly jobless claims numbers. But as vaccination rates increase, the weather warms up and more government help arrives, via President Biden’s $1.9 trillion relief plan, which won final approval from Congress on Wednesday, many economists expect a vibrant economic resurgence. Mr. Biden is expected the sign the measure on Friday.

“We’re seeing a huge pickup in hiring,” said Julia Pollak, a labor economist with the employment site ZipRecruiter. “I think for many employers, it’s becoming real, and for many job seekers it is as well.”

General Electric said it planned to build the football-field-long blades for its new offshore wind turbines at a plant in northeastern England.

The new factory will be in the Teesside region, an area that was recently named by the British government as a so-called freeport, with tax benefits and other business incentives. The plant will open in 2023 and create 750 jobs, according to a statement from G.E. late Wednesday.

Ben Houchen, the Tees Valley mayor, is working to rejuvenate the region by attracting investment in clean energy, including offshore wind power and a carbon-capture development. The new plant will produce blades for a large wind farm called Dogger Bank offshore in the North Sea.

Although Britain has become the world’s largest market for offshore wind turbines, some critics point out that most of the turbines are manufactured elsewhere, including Denmark and Germany. Blade factories are eagerly sought by local authorities, because they employ large numbers of people.

The blades, which will be about 350 feet long, will go on top of G.E.’s Haliade-X turbines, a prototype of which is being tested in Rotterdam, the Netherlands. The new turbine has already set off a race among manufacturers to build bigger machines.

Adam Aron, the chief executive and president of AMC Entertainment, the world’s largest theater chain, called the past year “the most challenging market conditions in the 100-year history of the company,” when presenting year-end earnings on Wednesday that included the loss of $4.6 billion.

Yet Mr. Aron struck an optimistic note about his company’s outlook for the year ahead based on the reduction in coronavirus cases, the reopening of theaters and the slate of blockbuster movies set to arrive beginning in May. He pointed specifically to Disney’s “Black Widow,” Universal’s “F9” and Paramount’s “Top Gun: Maverick.”

He added that “the real salvation” of AMC would be the jump in vaccinations both domestically and around the world.

“The most important person in the entire movie business,” Mr. Aron said, is not employed by “a studio nor any movie theater circuit,” but is Albert Bourla, the chief executive of Pfizer.

“He and his colleagues and those of Moderna and J&J have given us our newfound fortitude,” he added.

AMC lost $946 million in the quarter ending Dec. 31, even as theaters started to open back up after being closed for months.

AMC said it shut down 60 low-performing theaters in 2020: 48 in the United States and 12 internationally. It also spent the year renegotiating its terms with studios, specifically Universal and Warner Bros., as they sent more films to their streaming platforms with theaters closed.

“Over the past several years, AMC has indicated that it is willing to be the most experimental movie circuit around with respect to window strategies,” Mr. Aron said, adding that the deals have to be good for AMC shareholders. “I continue to be optimistic that having been partners for a century, we can adjust our business relationships so they support both streaming and theatrical releases and do so, not at our expense.”

Wall Street futures were pointing upward, and global markets were higher, as investors on Thursday were relieved by relatively modest inflation data in the United States and looking forward to the stimulus coming from President Biden’s $1.9 trillion pandemic relief bill, which won final congressional approval on Wednesday.

The enormous piece of spending, one of the largest infusions of federal aid since the Great Depression, will provide another round of direct payments to millions of American, extend federal jobless benefits and provide millions for small businesses, state and local governments and schools. Mr. Biden is expected to sign it Friday. 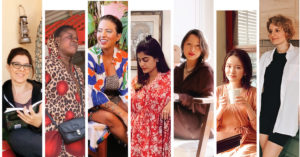 Have months of self-isolation, lockdown and working from home irrevocably changed what we will put on once we go out again? For a long time, the … END_OF_DOCUMENT_TOKEN_TO_BE_REPLACED

New York burger chain Shake Shack has "big plans for Asia," its CEO has said, as the company embarks on a regional expansion drive.South China and … END_OF_DOCUMENT_TOKEN_TO_BE_REPLACED