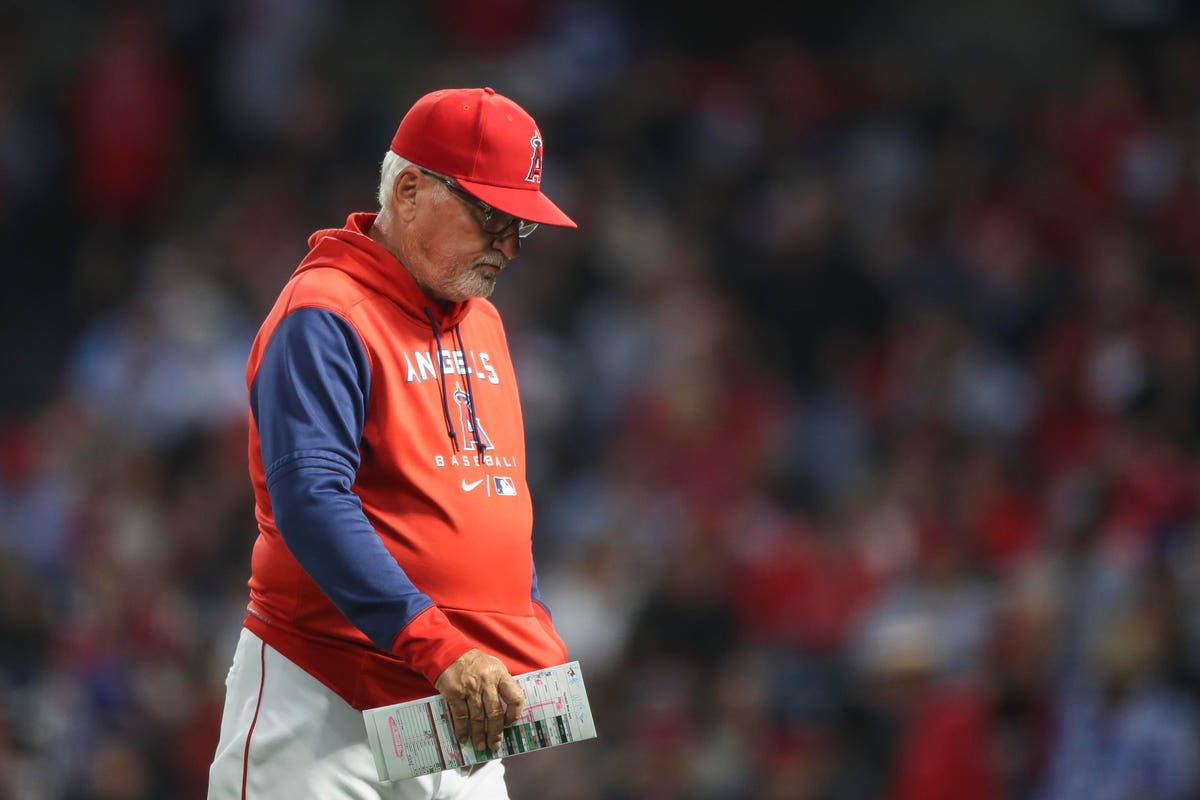 We’ve all lost jobs, but how many of us have called it a “liberating” experience immediately after the fact, as Maddon did to begin his interview with Ken Rosenthal of The Athletic?

“It’s been kind of difficult overall,” Maddon told Rosenthal Tuesday afternoon, just after he was fired for the first time in his career with the Angels in the midst of a 12-game losing streak that dropped them under .500 and out of an AL wild card spot. (The skid is now 13 games after the Angels — under interim manager Phil Nevin — fell to the Red Sox, 6-5, in 10 innings Tuesday night)

“I’m into analytics, but not to the point where everybody wants to shove it down your throat. Real baseball people have felt somewhat impacted by all of this. You’re unable to just go to the ballpark and have some fun and play baseball. It’s too much controlled by front offices these days.”

Such comments are particularly noteworthy coming from Maddon, who began honing his quirky and iconoclastic reputation as the manager of the shift-happy Rays. They’re also evidence his path back to the dugout is uncertain at best, even though the 68-year-old Maddon said Tuesday he wants to manage again and has said previously he uses Mick Jagger — still strutting around concert stages at 78 — as a template for how long he wants to work.

“Of course I want to manage,” Maddon told Rosenthal. “I’m really good at it.”

The success this season of fellow 60- or 70-something managers Dusty Baker, Bob Melvin and Buck Showalter would seem to underline the importance of an experienced skipper in the dugout. But they’re the aberration, more by design than happenstance, as front offices continue to consolidate power.

Baker was hired in early 2020 when the Astros needed a mature voice to clean up the mess made by owner Jim Crane’s previous “leadership” tandem of Jeff Luhnow and A.J. Hinch. But Baker only received a one-year extension last fall despite leading the Astros to Game 7 of the ALCS in 2020 and to the World Series last October.

The Padres and Mets are owned by renegades who have spent big and were willing to hire big after their teams underachieved under first-time managers Jayce Tingler and Luis Rojas. But the other two teams to hire new managers after last season, the Athletics and Cardinals, went with Mark Kotsay, who’d never managed a game professionally, and Oliver Marmol, who’d never managed above Single-A. Marmol replaced Mike Shildt, a Cardinals lifer who was fired over “philosophical differences” despite making the playoffs each of the previous three seasons.

Overall, 14 of the 30 active managers never managed in the minor leagues. It was 15 of 30 before last Friday, when Joe Girardi was fired by the Phillies. Another sign of the devaluing of the manager: This marks the first time since 1988 that at least two managers with 1,000 career wins were fired in the same season.

Maybe Girardi and Maddon could have utilized their experience to steer their teams out of the skid. Their former front offices are willing to wager someone can deliver a short-term boost — and to be fair, the Phillies are 4-0 under Rob Thomson. And if that doesn’t work? They’ll have a chance to find someone else who is more “aligned” with their philosophies.

Maddon’s task is a taller one — aligning himself with a general manager who won’t mind being dwarfed in stature by his manager. It’s hard to envision the trend turning back towards experienced skippers, but a year ago, few could have envisioned the opportunity Showalter would receive with the Mets — or, especially, the possibility of Athletics manager Melvin heading eight hours down the California coast to work for the Padres.

Maybe Maddon’s next chance is a storybook foray into the dugout with the Phillies, who play their home games about 100 miles from Maddon’s hometown of Hazelton and whose president of baseball operations is Dave Dombrowski, who worked with Jim Leyland with the Marlins and Tigers. Or maybe, if Dombrowski is looking for a quick fix veteran manager, he just goes and hires Leyland, who is younger than Tony La Russa but looks like he needs one more trip to the World Series to punch his ticket to the Hall of Fame.

And speaking of the Hall of Fame…Cooperstown once seemed to be the eventual destination for Maddon, who is one of just nine managers to win a pennant in both leagues and the only manager in the last 114 years to lead the Cubs to a championship.

But Maddon’s last five-plus seasons aren’t the finishing kick anyone envisioned in the euphoric aftermath of the Cubs’ drought-busting title. While he wasn’t to blame for what happened over his last couple years in Chicago as the Cubs began a transitioning process (they made the playoffs during the pandemic-shortened 2020 season but are 94-124 since then) or the perpetually dysfunctional Angels (you might have heard Mike Trout has participated in just three playoff games, none since 2014), he didn’t make either team better, either. And if Leyland isn’t in the Hall of Fame with one title and three pennants, Maddon is probably a bit shy as well as he heads into the unknown of unemployment.

“It’s just one of those things you go through,” Maddon told Rosenthal regarding his firing. “It’s kind of an overreaction, But it’s cool. I’m just excited about my next opportunity.”

The poshest place in California's Coachella Valley is The Madison Club. This exclusive gated community in La Quinta is where A-listers and tycoons … END_OF_DOCUMENT_TOKEN_TO_BE_REPLACED

KOROPY, Ukraine — Four men tugged at long strips of fabric to lift a coffin out of the gaping hole in the backyard of a small house. They flung the … END_OF_DOCUMENT_TOKEN_TO_BE_REPLACED