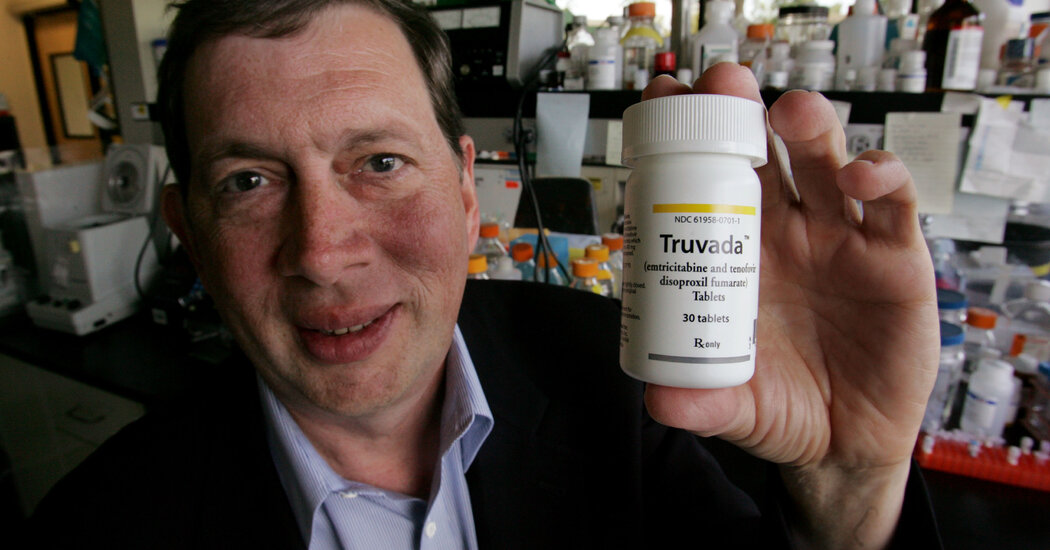 John C. Martin, who became a billionaire by developing and marketing a daily single-dose pill that transformed H.I.V. into a manageable disease and who popularized another drug that cures hepatitis C, died on March 30 in Palo Alto, Calif. He was 69.

His death, in a hospital, was confirmed by Gilead Sciences, based in Foster City, Calif., where he was chief executive from 1996 to 2016 and executive chairman from 2016 until he retired two years later. The cause was head injuries suffered the day before, when he fell on a sidewalk while walking home in Old Palo Alto, according to the Santa Clara County medical examiner.

A chemist who rocketed from research director to chief executive of Gilead in six years, Dr. Martin turned a struggling pharmaceutical firm with a staff of 35 into a $100 billion company based in Foster City, Calif., with some 12,000 employees.

Gilead jolted the industry with several major scientific breakthroughs, beginning with the development of the first anti-influenza pill, Tamiflu, which the company licensed to the Swiss drugmaker Hoffman-La Roche in 1996. Its advance against hepatitis C came in 2014, with the marketing of Sovaldi, which has been said to cure 90 percent of patients with that liver virus.

Atripla, which combined Truvada with Bristol-Myers Squibb’s Sustiva in a single pill, replacing as many as 32 separate medications that some patients were taking daily to treat the virus, which can lead to AIDS.

The single-pill treatment was meant to be more than a convenience. By making it easier for patients to self-medicate, they were more likely to take the full doses that were prescribed, reducing the risk that they could become breeding grounds for drug-resistant strains of the disease.

During Dr. Martin’s tenure, Gilead also created remdesivir in 2009, which proved ineffective in its original mission, to treat hepatitis C and other viruses, but which turned out to be a therapeutic weapon during the Covid-19 pandemic.

While the company’s annual revenue soared past $20 billion and its products were hailed as medical miracles, the federal Department of Health and Human Services successfully claimed that Gilead had infringed government patents in making Truvada. The company also drew fire from state and federal regulators over the prices it charged — $1,000-a-month for Sustiva and $1,000 for each hepatitis pill.

donated drugs in some cases and that it had partnered with local manufacturers in developing countries to produce discounted generic versions of some treatments for H.I.V. and hepatitis C.

“John’s legacy,” Daniel O’Day, the company’s chief executive, said in a statement, “will be felt for generations to come, living on through the scientific progress made under his leadership and the programs he championed that expanded access to medications for people around the world.”

the $11 billion takeover of Pharmasset, a developer of antiviral drugs, in 2012. In addition to running Gilead, Dr. Martin was president of the International Society for Antiviral Research from 1998 to 2000.

His marriage to Ms. Martin ended in divorce. Among his survivors are their son and daughter, his three siblings and his partner, Lillian Lien-Li Lou, who was listed in a recent filing as the secretary-treasury of the John C. Martin Foundation, whose stated mission is to improve health care for medically-underserved populations.

MIAMI--(BUSINESS WIRE)--Intelli Smart Homes, the leading smart home technology company, has been recognized as one of America’s fastest-growing … END_OF_DOCUMENT_TOKEN_TO_BE_REPLACED

Customers outside a Walmart store in Torrance, California, US, on Sunday, May 15, 2022. Walmart Inc. is scheduled to release earnings figures on May … END_OF_DOCUMENT_TOKEN_TO_BE_REPLACED

The past few years have been brutal on homebuyers' budgets. Would-be buyers have been priced out of some of the most desirable neighborhoods thanks to … END_OF_DOCUMENT_TOKEN_TO_BE_REPLACED