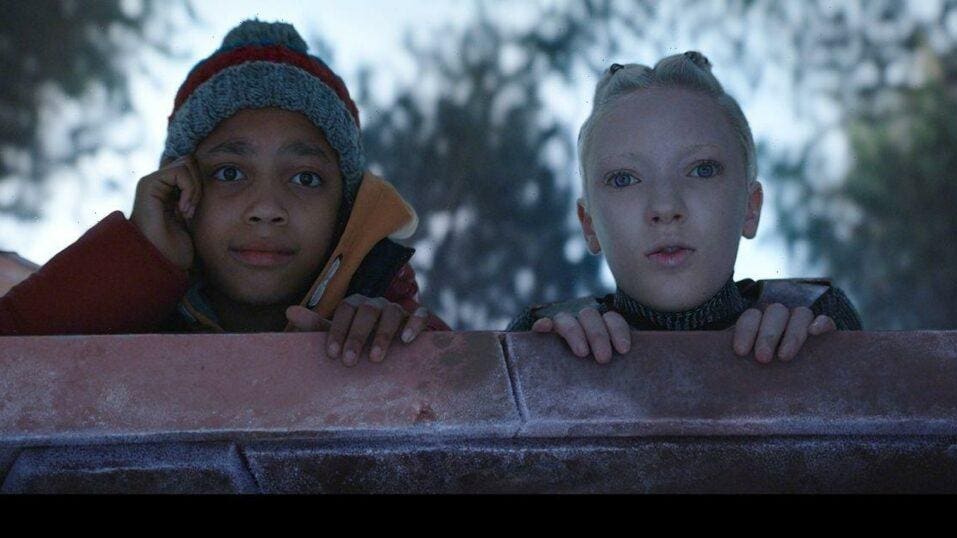 U.K. department store John Lewis today unveiled its eagerly anticipated Christmas advert, signalling the beginning of the Holiday Season for many in what has become embedded as part of British Yuletide tradition.

Firmly embedded in modern culture, John Lewis actually only started running Christmas adverts in 2007 and a year later began to evolve a formula that has often captivated the U.K., when it used The Beatles’ From Me To You as the theme to its festive promotion.

But it was in 2011 – when it upped its ambitions and production values – that it truly captured the public’s hearts. The 2011 advert showed a young boy waiting for Christmas and impatiently counting down the endless days, only for it to be revealed that rather than anticipating his presents, he could not wait to give his parents their gifts.

It featured The Smiths’ track Please Please Let Me Get What I Want, covered by Slow Moving Millie, and was also the first year that John Lewis launched its Christmas campaign online first, achieving over a million hits on the first day alone.

So was born a mix that typically features up-and-coming stars singing adapted versions of contemporary songs, with a mini-story designed to make even those with hearts of stone shed a little tear.

Not every year has hit home and the stakes for 2021 were upped when the retailer recently ran an advert for home insurance that appeared to try a little too hard and ended up somewhat backfiring on the company.

No surprise then that John Lewis has reverted to a bitter-sweet, heart-warming narrative for its Christmas production, throwing unlikely friends together, with an alien fallen to earth landing. Unexpected Guest is set to the 1985 Philip Oakey and Giorgio Moroder hit Together in Electric Dreams, reimagined by 20-year-old singer Lola Young, whose career is also likely to blast off.

The John Lewis Christmas advert has actually launched a week earlier than usual, because of a surge in online searches for Christmas products, no doubt fuelled by concerns that the Holiday Season could be hit by the ongoing chaos impacting the global supply chain.

In anticipation, John Lewis began a teaser campaign this week with installations on London’s South Bank and in Newcastle featuring a crashed spacecraft and the message ‘Christmas is landing 04/11/21 #UnexpectedGuest’.

The two-minute ad was first unveiled in an email to loyalty cardholders at 6.30am this morning before featuring on the department store’s website and social media at 8am, immediately making national news. It receives its first network showing on ITV during The Pride of Britain Awards.

After last year’s underwhelming montage extolling kindness and giving to charity, rather than sharing presents, this year’s festive promotion is chock-full of product placements, all of which will be highlighted online and across John Lewis’s social media.

The TV spot features a sweet teenage romance as schoolboy Nathan discovers alien Skye, who has crash-landed her star-shaped spacecraft in local woods at Christmas time. Almost all of the items featured will be on sale at John Lewis, with a 10% share of profits from sales of the featured Christmas sweater donated to FareShare and Home-Start U.K.

The campaign includes a Snapchat filter that creates space traveller selfies, an online game, plus store activations where customers can take pictures alongside replicas of Skye’s spacecraft. John Lewis is running its own campaign for 2021 after two years of combining with sister brand, grocery retailer Waitrose.

After a subdued 2020, the annual big-budget Christmas advertising battle is set to heat up today with retailers Marks & Spencer and Boots also launching their festive advertising and retailers and brands expected to spend almost $1.36 billion more than last year.

The renowned architect Rex Lotery died in 2007, but his legacy lives on.He designed homes for decades and is best-known for designing a Trousdale … END_OF_DOCUMENT_TOKEN_TO_BE_REPLACED