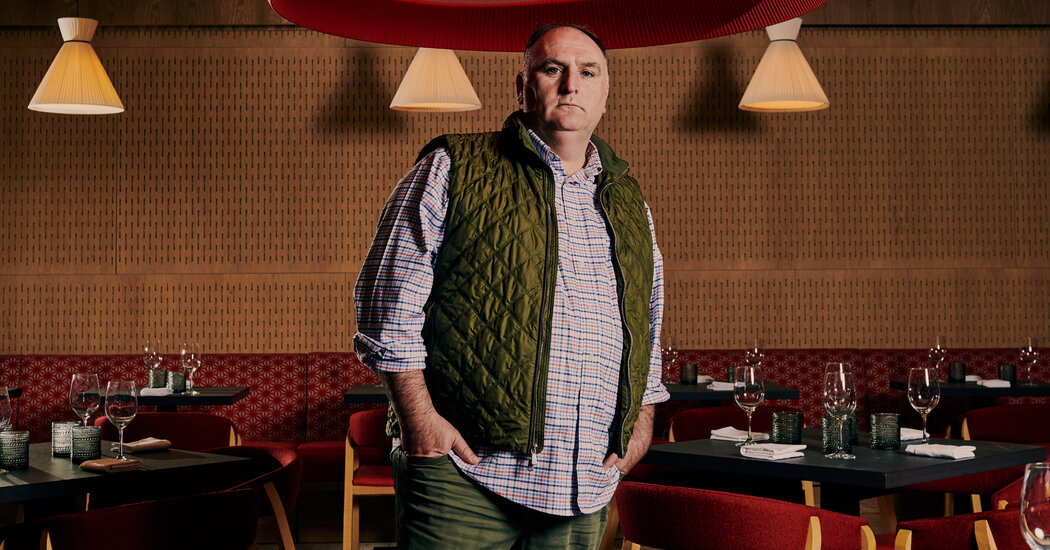 José Andrés, the Spanish-born chef and restaurateur known for organizing epic feeding initiatives when disaster strikes, was late in the game to establish a footprint in New York, but he’ll make up for it later this year.

ThinkFoodGroup, his umbrella company, will handle all the food and beverage at a new Ritz-Carlton hotel under construction and scheduled to open in NoMad this fall, at 1185 Broadway (28th Street). In 2019, Mr. Andrés’s group opened Mercado Little Spain, with a market, food hall and restaurants in the Hudson Yards development; it remains one of the few dining locations that is still functioning in the complex, several of the others having closed because of the pandemic.

His new restaurants at the Ritz-Carlton will be branches of restaurants he runs in other cities. Zaytinya is first, and will open in the fall. Its Washington, D.C., location has been serving small plates of Turkish, Greek and Lebanese food since 2002.

The Bazaar by José Andrés will follow a few months later. This is a lavish yet informal shape-shifting restaurant that’s tailored to particular locations: In Miami Beach, its dishes reflect Latin American and Caribbean influences; in Las Vegas, it’s focused on meat. The concept for New York has yet to be announced. ThinkFoodGroup will also run a rooftop bar and lounge, a lobby lounge, the banqueting functions and room service for the Ritz-Carlton.

Rafael Viñoly is designing the hotel, Rockwell Group is designing Zaytinya and Lázaro Rosa-Violán will do Bazaar.

Before the Ritz-Carlton opening in New York, ThinkFoodGroup is expanding with a cluster of places in Chicago, mostly in the Bank of America office tower. First up this summer will be Joe by the River, an all-day cafe, then Bazaar Meat, since a good steak is as appropriate for Chicago as it is for Las Vegas. Bar Mar for cocktails will follow. Jaleo, Mr. Andrés’s Spanish restaurant, which has four other locations around the country, will also open in Chicago’s River North district.

AUSTIN, Texas--(BUSINESS WIRE)--As the first multifamily management company to be recognized in the Public Relations and Marketing Excellence Awards, … END_OF_DOCUMENT_TOKEN_TO_BE_REPLACED

There have been whispers of cooling housing and rental prices in the San Francisco Bay Area, but that hasn't yet translated into practical, noticeable … END_OF_DOCUMENT_TOKEN_TO_BE_REPLACED

Cars pass in Independence Square at twilight in Kyiv, Ukraine, Monday, Oct. 31, 2022. Rolling ... [+] blackouts are increasing across Ukraine as the … END_OF_DOCUMENT_TOKEN_TO_BE_REPLACED