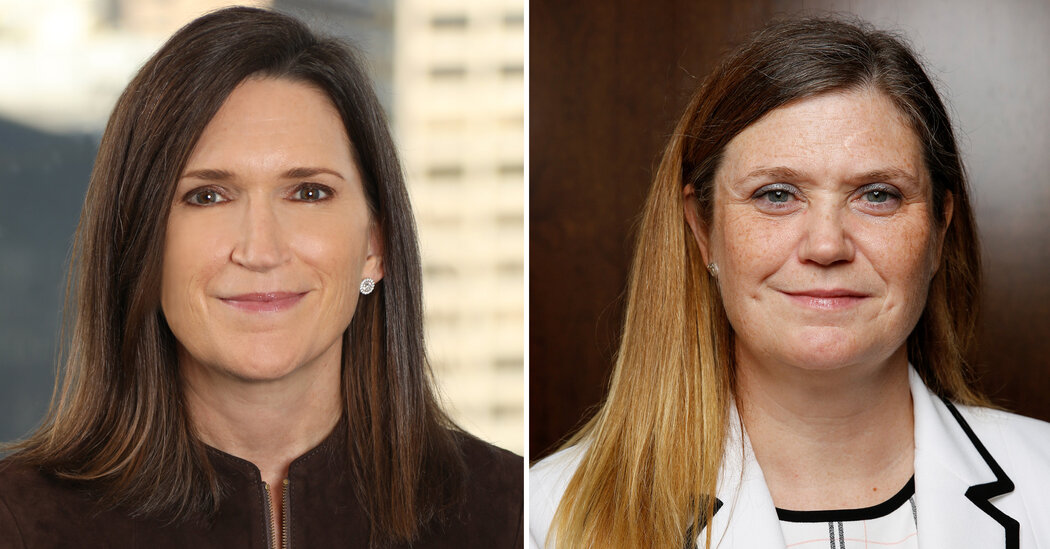 JPMorgan Chase named two female executives as joint heads of its largest division, potentially paving the way for the nation’s largest bank to be led by a woman.

In a message to employees on Tuesday, Jamie Dimon, JPMorgan’s longtime chief executive, praised both Ms. Lake and Ms. Piepszak, who will now run a division that takes in more than $50 billion per year in revenue and competes neck and neck with the bank’s corporate and investment bank for dominance.

“We are fortunate to have two such superb executives who are both examples of our extremely talented and deep management bench,” Mr. Dimon wrote. “They have proven track records of working successfully across the firm.”

The two executives step into a role previously held by Gordon Smith, the firm’s co-president and chief operating officer, who said he would retire at the end of the year. His retirement also paves the way for Daniel Pinto, the other co-president and chief operating officer, as well as the head of its corporate and investment bank, to become the sole No. 2. Jeremy Barnum, currently global head of research for the corporate and investment bank, will succeed Ms. Piepszak as chief financial officer.

Tuesday’s announcement brings renewed attention to what has been a hotly debated question within financial circles for years: who would replace Mr. Dimon, the charismatic C.E.O. who led JPMorgan through the financial crisis and is the longest-tenured bank leader on Wall Street. Mr. Dimon, 65, took on his role in late 2005 and has since quadrupled the bank’s stock price. He has said that leading JPMorgan is his calling, adding on more than one occasion that he planned to stay at the helm for at least another five years. But over the past decade, as a number of executives once viewed as potential successors have exited, concerns about who might replace Mr. Dimon have mounted.

The market’s reaction to the announcements was modest, suggesting that investors didn’t expect imminent changes at the top of the bank.

“Obviously, with each year that goes by, how could he not be a year closer,” Glenn Schorr, a banking analyst who covers JPMorgan for Evercore ISI, said of Mr. Dimon’s retirement. At the same time, he added, the elevation of Ms. Lake and Ms. Piepszak doesn’t necessarily mean that the chief executive’s departure is any closer. “I’ve seen this so many times,” Mr. Schorr said. “It doesn’t mean that at all.”

“The board has said it would like Jamie to remain in his role for a significant number of years,” Joseph Evangelisti, a JPMorgan spokesman, said in a statement.

“This spreads like a virus,” Ms. Hochul said, demanding that social media executives evaluate their policies to ensure that “everything is being done … END_OF_DOCUMENT_TOKEN_TO_BE_REPLACED