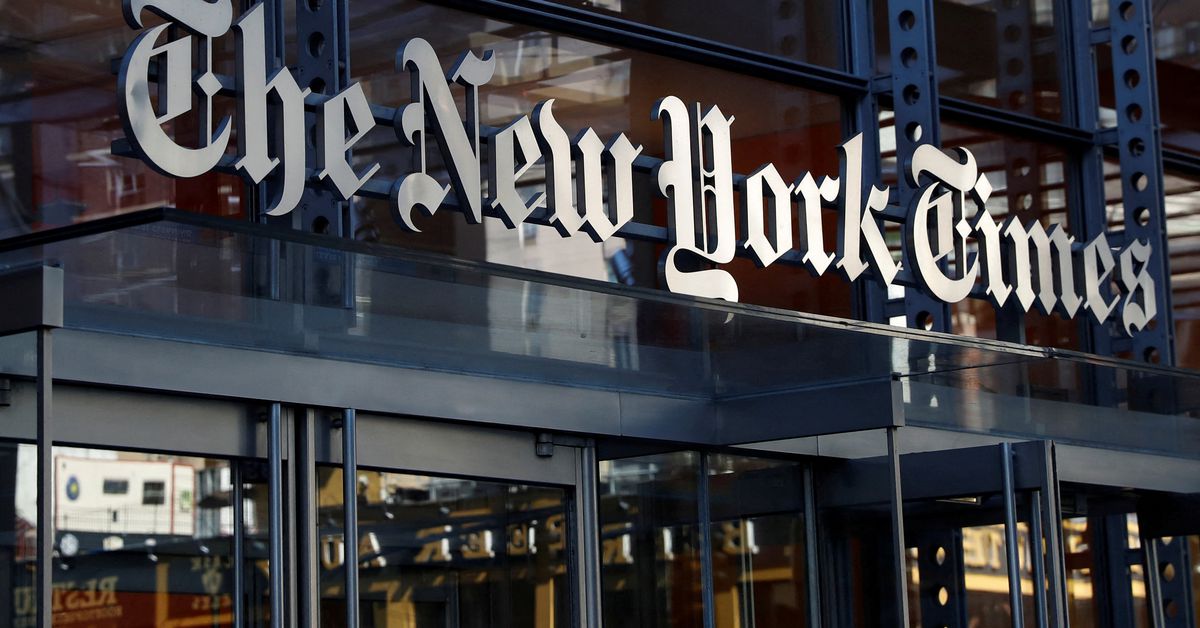 In an unusual written ruling, Justice Charles Wood of the Westchester County Supreme Court directed the New York Times to return to Project Veritas any physical copies of legal memos prepared by one of the group’s lawyers, and to destroy electronic versions.

Wood had entered a temporary order against the New York Times last month, drawing criticism from freedom of the press advocates. read more

Project Veritas, led by James O’Keefe, has used what critics view as misleading tactics like secret audio recording to expose what it describes as liberal media bias. The group is the subject of a Justice Department probe into its possible role in the theft of a diary from President Joe Biden’s daughter, Ashley, pages of which were published on a right-wing website.

Project Veritas objected to a Nov. 11 Times article that drew from the legal memos and purported to reveal how the group worked with its lawyers to “gauge how far its deceptive reporting practices can go before running afoul of federal laws.”

Wood said in Friday’s ruling that the Project Veritas legal memos were not a matter of public concern and that the group has a right to keep them private that outweighs concerns about freedom of the press.

“Steadfast fidelity to, and vigilance in protecting First Amendment freedoms cannot be permitted to abrogate the fundamental protections of attorney-client privilege or the basic right to privacy,” Wood wrote.

A.G. Sulzberger, publisher of the New York Times, said the newspaper would appeal the ruling.

Sulzberger said the decision barred the Times from publishing newsworthy information that was obtained legally in the ordinary course of reporting.

“In addition to imposing this unconstitutional prior restraint, the judge has gone even further (and) ordered that we return this material, a ruling with no apparent precedent and one that could present obvious risks to exposing sources should it be allowed to stand,” Sulzberger said.

Libby Locke, a lawyer for Project Veritas, said in a statement that the New York Times’ behavior was “irregular,” and that the ruling affirms that view.

“The New York Times has long forgotten the meaning of the journalism it claims to espouse, and has instead become a vehicle for the prosecution of a partisan political agenda,” Locke said.

Project Veritas has been engaged in defamation litigation against the New York Times since last year, when the newspaper published a piece calling the group’s work “deceptive.”

The Times had not faced any prior restraint since 1971, when the Nixon administration unsuccessfully sought to block the publication of the Pentagon Papers detailing U.S. military involvement in Vietnam.

Many property purchasers in Alaska possess the same vision: Either hunker down away from the madding crowds in a refined log cabin or operate a … END_OF_DOCUMENT_TOKEN_TO_BE_REPLACED