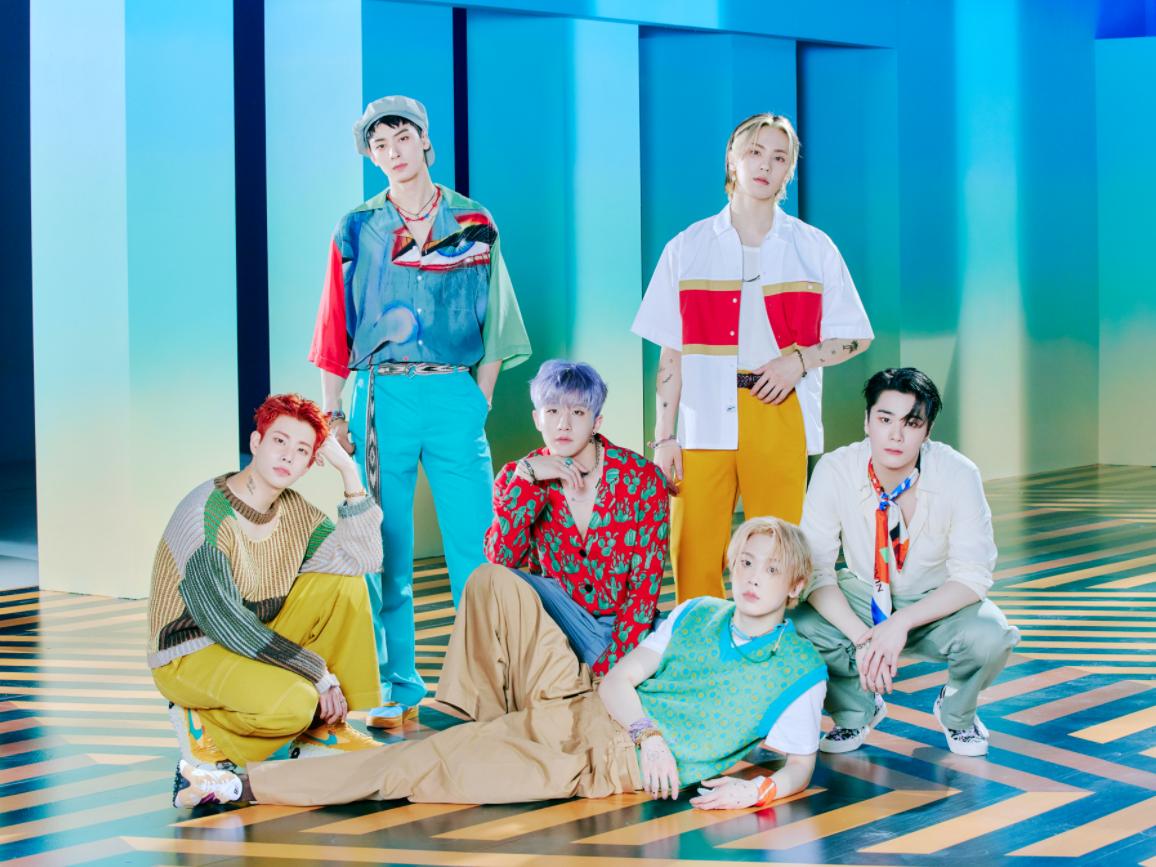 Since first debuting half a decade ago, South Korean boy group Astro has already scored a dozen top 10 albums in their home country. The band wastes no time doling out new music for their massive fan base, but they do try to mix things up with each new EP or full-length. Now, just a few months after delivering their sophomore album All Yours (another No. 1 for them), the six-member outfit is back with Switch On, the newly-released “mini album” (known primarily as an EP in Western markets).

Switch On sees the band becoming more involved than perhaps ever before, which is sure to make the set a must-have for countless followers. I had the pleasure of speaking to the six musicians (through a translator) about the EP, lead single “After Midnight” and even their love of Bruno Mars.

Hugh McIntyre: So you just recently announced Switch On. Tell me about the project and what the name means.

Moon Bin: Switch on is their eight mini album and it contains their 6-year timeline of past, present and also future. All of the members participated in writing the lyrics and vocals in the song and it shows their musical growth.

McIntyre: What does the name Switch On mean to you?

Cha Eun-Woo: He thinks everyone has a switch to be on or off. And so for example, for Astro, it could be when they’re performing, they could be switched on. So each person has their own switch. So they tried to show this through their performance through this album.

McIntyre: You mentioned that you all took part in writing the songs and creating them. How did the idea for one song for every person come around?

JinJin: Their goal was to participate a lot, especially for this album. And for example, for JinJin he actually watched many different movies in order to get inspired to write the lyrics.

McIntyre: What songs or movies inspired you?

MORE FROM FORBESBTS’s ‘Map Of The Soul: Persona’ Hits Two Years As One Of The Bestselling Albums In AmericaBy Hugh McIntyre

JinJin: He really enjoys watching emotional movies or sensible movies. So he usually tries to think of an image and move on to inspirations. There is no certain movie, but he tries to find the movies that matches the image.

McIntyre: The first single is “After Midnight,” but whose song is that? Want to tell me a little bit about the song?

Cha Eun-Woo: He was really interested when he first heard the keyword after midnight, since it’s like around midnight but also past midnight. It contains the message that he or she wants to be with the person he or she likes till the end of the day.

McIntyre: You guys scored another No. 1 album on the charts and your biggest hit [in South Korea]. Going into this album, are you nervous to follow that success?

MJ: First, they’re nervous for every comeback. And since every member participated, they really tried to dig into this album. It would be nice if success follows, but they already think that they will enjoy this promotion.

MORE FROM FORBESBTS Beat Olivia Rodrigo For The Longest-Running No. 1 Hit In America In 2021By Hugh McIntyre

McIntyre: You’ve been together for six years, and you’ve done a lot in that time. What else would you like to accomplish as a band?

Rocky: Their motto is to dream big. They want to accomplish more and more things and Rocky especially wants to perform on the Super Bowl stage.

McIntyre: Yes. I want that! So the world is, um, getting a little bit better, it’s opening up. What are you guys looking forward to most?

Yoon San-Ha:  Of course when the situation gets better, they want to do a concert and they also want to have a tour all around the world and they want to perform internationally.

McIntyre: Yes. Come to America, I want to see you guys perform!

McIntyre: In your spare time, what songs, albums or artists do you listen to?

Jesse Tyler Ferguson, one of the stars of “Modern Family,” is once again searching for a buyer for his Manhattan pied-à-terre. It’s back on the market … END_OF_DOCUMENT_TOKEN_TO_BE_REPLACED

Tom Holland in Spider-Man No Way Home Sony Sony and Marvel’s Spider-Man: No Way Home topped the box office yet again in this unfortunately empty … END_OF_DOCUMENT_TOKEN_TO_BE_REPLACED