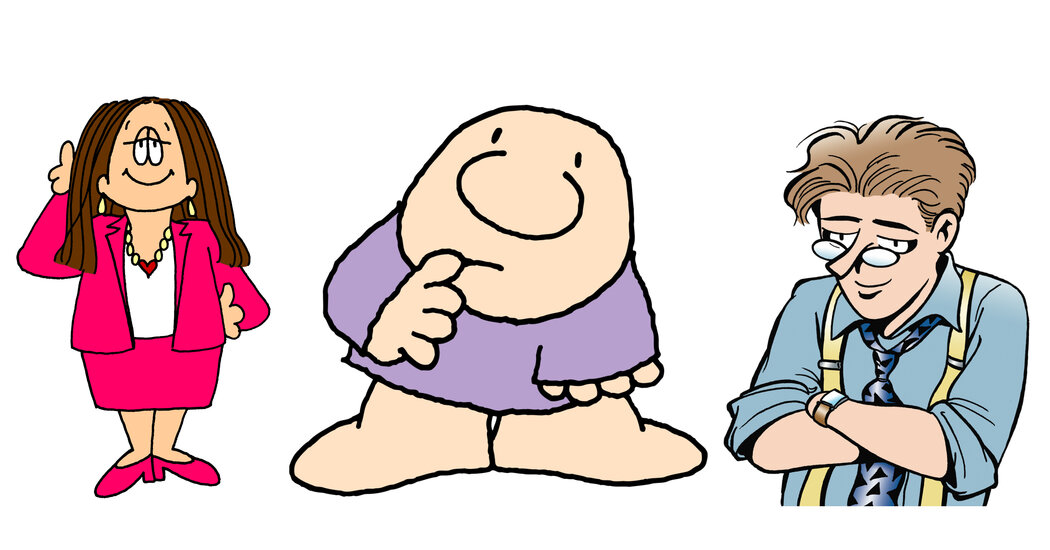 In the early days of the company, Mr. Trudeau recalled, he would visit the Andrewses to work on his nascent strip, as all the syndicate’s artists did.

“I would go and stay with them and help them pretend they had a viable business, which unbeknownst to me was very much in jeopardy,” he said. “I didn’t realize until much later how much trouble they were in, but Kathy knew. She was incredibly overqualified to simply keep the books.

“Jim would show up at breakfast in a coat and tie,” he continued, “and after having a few cups of coffee we would all head down to the basement, where he would loosen his tie and take off his jacket and start the day. Kathy would be upstairs with the books. Since there were so few dollars to count and so few features to edit, there was a lot of downtime and a lot of laughs, which is I think what kept them afloat. Together, Jim and Kathy were unstoppable.”

Mr. Andrews died of a heart attack at 44 in October 1980. Ms. Andrews joined the company six months later, and very quickly became chief executive of its publishing business, said her son Hugh, who would later hold that title. He recalled her signing every artist’s royalty check and sending it out with a personal note. “She knew everyone’s family and how they were doing,” he said.

“As the youngest of seven, she grew up sleeping three to a bed,” Mr. Andrews added. “She was a humble lady. Not being in the spotlight was not an issue for her as long as everyone was working.”

Universal Press Syndicate rebranded itself in the late ’80s as Andrews McMeel Universal. It is now the largest independent newspaper syndicate in the world. When Ms. Andrews retired in 2006, she was vice chairman.

In addition to her son Hugh, Ms. Andrews is survived by another son, James; a sister, Annabelle Whalen; and six grandchildren.

Helene Thiesen was one of 22 Inuiit children separated from their families in Greenland 70 years ago. Editor’s note: This story is part of CNN’s … END_OF_DOCUMENT_TOKEN_TO_BE_REPLACED