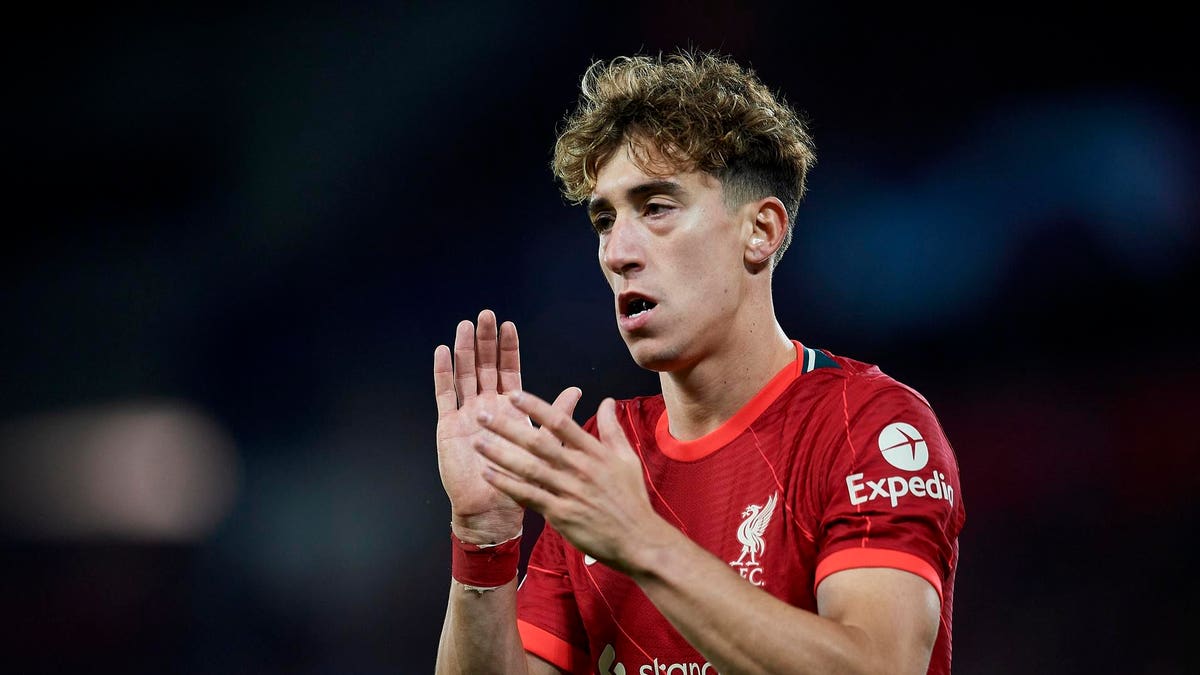 After a year in the wilderness at Liverpool, left-back Kostas Tsimikas is finally getting the chance to show his worth to Jurgen Klopp’s side.

The Greece international arrived at Anfield from Olimpiacos in 2020, but struggled to break into the team during his first season.

Now more settled in the group, he’s proving he can be more than just a backup for regular left-back Andy Robertson and can offer a genuine tactical alternative for Klopp’s Liverpool.

Robertson’s recent run of form has been far from poor, it’s just no been as good as the standards he’s set during his time at the club to date, and his busy, relentless schedule with Liverpool and Scotland means he’s long been in need of a break.

When Liverpool were following up their 2019 Champions League victory with a first Premier League title in 30 years, Robertson and fellow full-back on the opposite flank, Trent Alexander-Arnold, were among the best around in their respective positions.

Liverpool declined during the 2020/21 season mainly due to injuries in key areas, especially at centre-back, which affected the rest of the team. They were unable to function as effectively without these key components, though they still managed to finish in the Premier League’s top three.

This inexperience in the middle of defence increased Robertson’s workload, as the club didn’t feel comfortable throwing new signing Tsimikas into an already makeshift defence.

A year later, Tsimikas has been able to settle alongside the likes of Virgil van Dijk and Joe Gomez as Liverpool’s central defensive core has returned and even been reinforced by the arrival of Ibrahima Konate.

Tsimikas has emerged this season as a genuine and so far reliable back-up to Robertson, but there are signs he’s much more than a Robertson-lite and may even offer something to the side as an alternative to the Scotsman rather than remaining a mere backup.

This becomes even more evident when looking into the data and at the different styles and strengths of Liverpool’s full-backs, the first of which is their tendency to cross.

Though Robertson himself is partial to a cross, averaging 3.5 per 90 minutes according to FBref, he’s not as active as Alexander-Arnold in this facet of the game, with the Englishman coming in at 4.69 crosses per 90’ across his Liverpool career.

Robertson still crosses a lot in comparison to other full-backs as this is a big part of Liverpool’s game plan.

But Robertson’s game is also about the dynamism he offers alongside the creativity, working with the winger in front of him (usually Sadio Mané) and the midfielder inside him to move Liverpool up the pitch and create space in attack.

This is where it becomes clear that Tsimikas is not a like-for-like replacement for Robertson but instead is more like a left-sided version of Alexander-Arnold. The Greek averages 4.85 crosses per 90 minutes so far this season.

Another stat that shows the creativity these full-backs offer is shot creating actions (FBref), which is similar to key passes or shot assists but also includes fouls won, dribbles and other actions that lead to a shot.

This season, the latter is averaging an impressive 5.51 shot creating actions per 90’ and, should he keep this up, is on course for one of his most productive seasons in terms of creativity.

Tsimikas isn’t quite at Alexander-Arnold’s current level, but his 4.19 shot creating actions per 90’, from a smaller sample size, is above the right-back’s overall average and much higher than Robertson’s.

It’s also evident from watching the games in which Tsimikas has played so far this season that he’s not a Robertson clone.

His time spent on the sidelines throughout last season was not time wasted, and training with the team for 12 months has helped him find his own place within it—positionally the same as Robertson, but not quite the same role.

He already has assists in the Premier League and the EFL Cup, and can also be seen on set-piece duty swinging corners into the box.

Add Neco Williams to the mix, the Welshman who has emerged from Liverpool’s academy to become a regular for Wales at left-back, and the club now arguably have better options in the position than at any time in their history.

Tsimikas is tipped to start for the Reds against Arsenal today, which could be his biggest test yet, but if he and the Liverpool team play to his strengths, he could trouble opposition sides more than they trouble him, giving Klopp another valuable squad option.

The sudden collapse of Enron, culminating in what was then the largest bankruptcy filing in U.S. history on Dec. 2, 2001, changed thousands of … END_OF_DOCUMENT_TOKEN_TO_BE_REPLACED

The waterfront Miami Beach mansion that the retired NBA star Chris Bosh sold earlier this year for $14.4 million is back on the market.But Bosh's … END_OF_DOCUMENT_TOKEN_TO_BE_REPLACED