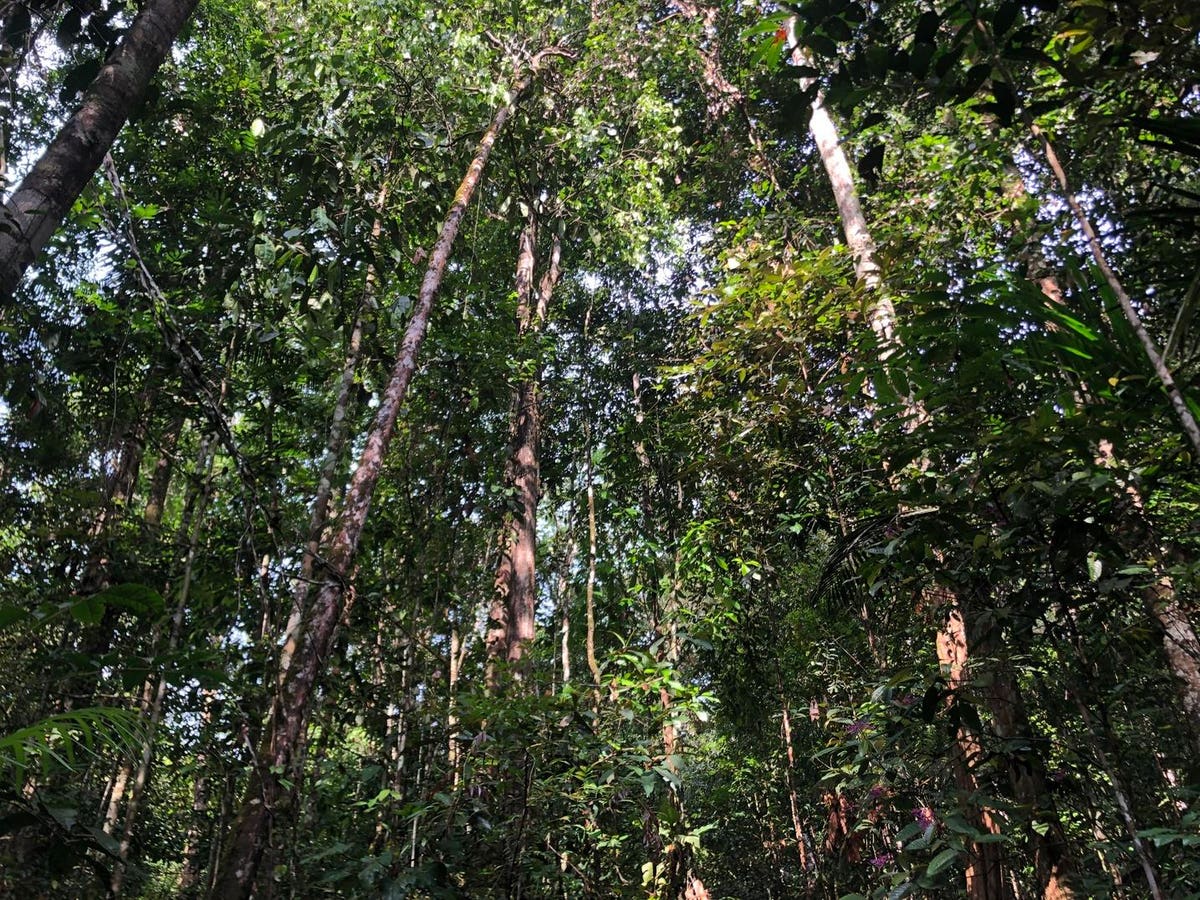 One question that crops up in discussions of deforestation in the Brazilian Amazon is just who the deforesters are. Are these the poor and desperate, looking for land of their own as their piece of the Brazilian dream? Or are they representatives of large agribusiness interests, often with links to organized crime?

Many environmentalists argue that it’s misleading and unhelpful to characterize forest-cutters as people in need. A federal official in Brazil, who requested anonymity due to the muzzling of environmental officials under the Bolsonaro regime, is insistent about this point: “Deforestation in the Amazon is for cattle ranching. It’s not for little farmers that get rid of 1 hectare of forest” to plant cassava.

“We’re talking about burning of 100 hectares or more. Don’t fall for this fallacy,” he warns.

A staff member at a different federal agency, also speaking on the condition of anonymity, says that her enforcement agency is so short on resources that they don’t bother with small deforesters. In her experience, the people grabbing substantial parcels of land work for instance in the military, or for the government. They take the risks because they know that fines are often forgiven, and they can generally act with impunity.

Many of them live elsewhere, and just want a ranch for the weekend, this official believes.

“You can be sitting at your computer in São Paulo and claim land in the Amazon,” agrees Philip Fearnside, a biologist at Brazil’s National Institute of Amazonian Research (INPA).

Fearnside explains how land grabs – whether by large-scale business interests, loggers, or landless peasants – often work in the Brazilian Amazon. Whereas in Africa and Asia land grabbing might denote corporate takeover of land, here it generally refers to people claiming government land, often using fraudulent means for gaining titles. Certain legislation initiated under both the Lula and Bolsonaro regimes makes it easier to legally validate those claims.

These fake titles are often transacted through people known as grileiros – a word with a colorful history. Grilos are crickets in Portuguese, and in earlier eras, criminals would place the fraudulent documents in a box with crickets. The point of this was that cricket feces would make the documents look aged and authentic.

Vendors of stolen Amazonian land can be brazen in using newer techniques than defecating crickets. Alessandra Nava, a veterinary researcher for Fiocruz Amazonia, has captured parts of the Amazon being placed for sale on Instagram, despite being public land.

However it’s transacted, this semi-organized, large-scale seizure of public land is somewhat unique to Brazil, according to Fearnside. “It would be unthinkable in other parts of the world, including in countries with tropical forests.”

We’re a long way off from the days of deforestation for subsistence farming in the Amazon.

For one thing, there can be intricate relationships between the people who directly encourage land grabs and the people who do the actual grabbing. Some fairly affluent sponsors, for instance, essentially tell the land squatters where to go and finance those risks, in strategic colonization of the rainforest.

These sponsors can be well placed. According to Indigenous leader Vanda Witoto, local mayors “are the greatest sponsors” of environmental crime, plus the prevention of reporting on it. She’s witnessed examples when it comes to deforestation and fires in Southern Amazonas: “That’s something I could see with my own eyes.”

Land grabbers are also often embedded within more structured criminal networks. Thelma Krug, formerly an earth observation researcher at the National Institute for Space Research in Brazil, insists: “We are not talking about something you can prevent easily in Amazonia. You’re talking about stopping criminals. They are really criminals. That’s what makes it more difficult: that sometimes people say, ‘Well, poor people, they just want to have their agriculture or pasture.’ But absolutely not true. That is really much more aggressive.”

Mapping data appears to back up the point that almost none of this deforestation is being done for the sake of pure survival. According to Tiago Reis, who leads engagement work for the environmental nonprofit Global Canopy, “the bottom line is that clearing for subsistence is insignificant in relation to the overall deforestation rates. The magnitude of clearing, with large swathes of land being deforested at high speed, is impossible to link to subsistence agriculture.”

This isn’t to say that poverty isn’t contributing to environmental crime in the Brazilian Amazon at all. According to a third federal employee, who also feels unsafe being named, “I just want to stress that poverty in the area is huge.” He talks of small fishers who might turn to crime, primarily extraction of natural resources, out of a lack of other livelihoods.

This official can’t point to a single project seeking to address the poverty in communities where residents commit crimes in Indigenous territories (which generally are stronger at environmental protection). Wealthy countries need to understand that poverty is responsible in part for organized environmental crime in the Brazilian Amazon, he stresses.

Yet when it comes to deforestation, individuals may benefit, but community poverty isn’t being meaningfully eased. One study of almost 800 municipalities in the Brazilian Amazon between 2002 and 2019 found no association between forest loss and certain indicators of economic development: average salaries, sanitation, and internet connectivity.

This is one of many tragic aspects to the tearing down of the Brazilian Amazon: this carbon-spewing, species-extinguishing business is mostly not even benefitting the people who could use the most help.

This reporting was made possible with support from the UN Foundation’s Thomas Lovejoy Memorial Press Fellowship.

AUSTIN, Texas--(BUSINESS WIRE)--As the first multifamily management company to be recognized in the Public Relations and Marketing Excellence Awards, … END_OF_DOCUMENT_TOKEN_TO_BE_REPLACED

There have been whispers of cooling housing and rental prices in the San Francisco Bay Area, but that hasn't yet translated into practical, noticeable … END_OF_DOCUMENT_TOKEN_TO_BE_REPLACED

Cars pass in Independence Square at twilight in Kyiv, Ukraine, Monday, Oct. 31, 2022. Rolling ... [+] blackouts are increasing across Ukraine as the … END_OF_DOCUMENT_TOKEN_TO_BE_REPLACED