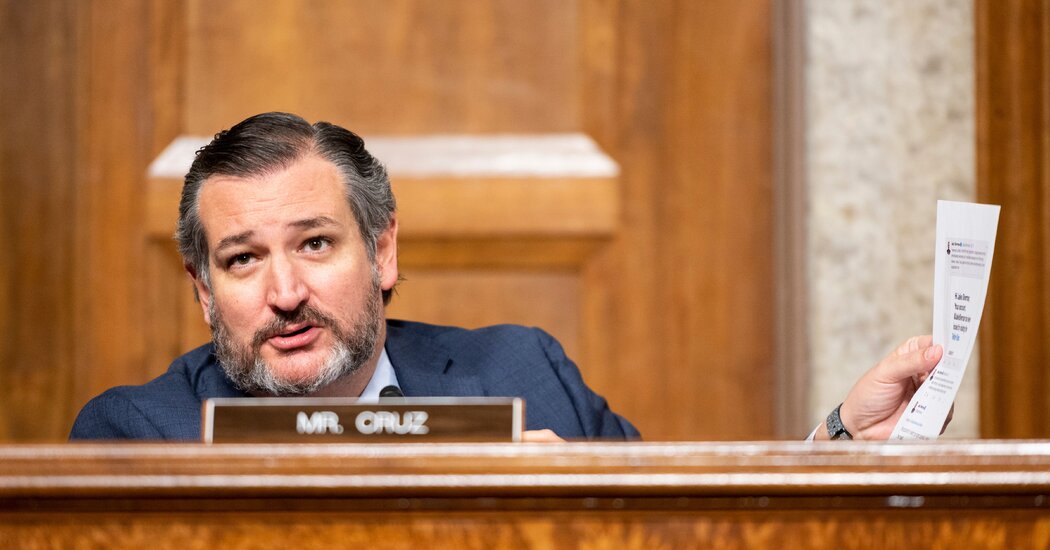 Lawmakers lashed out at the Facebook Oversight Board’s ruling on Wednesday to uphold the social network’s ban on former President Donald J. Trump, at least for now.

Driving the discontent was that the Oversight Board, a quasi-court that confers over some of Facebook’s content decisions, did not make a black-and-white decision about the case. Mr. Trump had been blocked from the social network in January after his comments online and elsewhere incited the storming of the Capitol building.

While the Oversight Board said on Wednesday that Facebook was justified in suspending Mr. Trump at the time because of the risk of further violence, it also said the company needed to revisit its action. The board said Facebook’s move was “a vague, standardless penalty” without defined limits, which needed to be reviewed again for a final decision on Mr. Trump’s account in six months.

That angered both Republicans and Democrats. Republican lawmakers have pointed to Mr. Trump’s ouster by Facebook, Twitter and others as evidence of an alleged anti-conservative campaign by tech companies, calling the decisions a dangerous precedent for censorship of political figures.

Senator Ted Cruz, Republican of Texas, tweeted that the board’s decision on Wednesday was “disgraceful” and warned it could have dangerous ripple effects.

“For every liberal celebrating Trump’s social media ban, if the Big Tech oligarchs can muzzle the former President, what’s to stop them from silencing you?” Mr. Cruz said in his tweet.

Senator Marsha Blackburn, Republican of Tennessee, said in a statement that the move showed that “it’s clear that Mark Zuckerberg views himself as the arbiter of free speech.” Republican members of the House judiciary committee tweeted that the decision was “pathetic,” and Jim Jordan of Ohio, the ranking member, tweeted about Facebook: “Break them up.”

Democrats, also dissatisfied with the murky decision, took aim at how Facebook can be used to spread lies. Frank Pallone, the chairman of the House energy and commerce committee, tweeted: “Donald Trump has played a big role in helping Facebook spread disinformation, but whether he’s on the platform or not, Facebook and other social media platforms with the same business model will find ways to highlight divisive content to drive advertising revenues.”

Representative Ken Buck, Republican of Colorado and the ranking member of the House antitrust subcommittee, accused the Oversight Board of political bias.

“Facebook made an arbitrary decision based on its political preferences, and the Oversight Board, organized and funded by Facebook, reaffirmed its decision,” he said.

But scholars who support free speech welcomed the decision. They have warned that as social media companies become more active in determining what stays online and what doesn’t, that could potentially lead to a slippery slope where tech giants have too much sway over digital speech.

“The Facebook Oversight Board has said what many critics noted — the ban of former President Trump, while perhaps justified, was worrisome in its open-endedness and lack of process,” said Gautam Hans, a law professor at Vanderbilt University. “To the degree that the decision draws attention to how ad hoc, manipulable, and arbitrary Facebook’s own content policies get enforced, I welcome it.”

SEATTLE--(BUSINESS WIRE)--(NASDAQ: RDFN) —The housing market turned a corner in April as the inventory crunch showed signs of easing, according to a … END_OF_DOCUMENT_TOKEN_TO_BE_REPLACED

We present a chance to live like Rocky Mountain royalty right in the heart of Denver. “You don't see a lot of castles in the middle of Denver—and this … END_OF_DOCUMENT_TOKEN_TO_BE_REPLACED