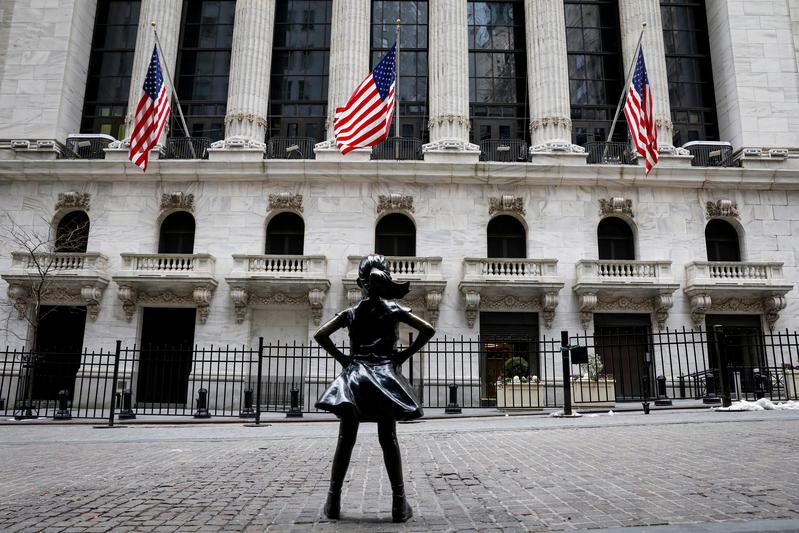 The benchmark 10-year U.S. Treasury yields hit a new one-year high of 1.626% after nonfarm payrolls increased by 379,000 jobs last month, blowing past a rise of 182,000 forecast by economists polled by Reuters.

The three major indexes gained in early session on prospects of an improving economic outlook.

“Investors are still trying to figure what they want in a battle between continued easy fiscal policies or an actual economical recovery which would require higher rates and they haven’t made that decision yet,” said Randy Frederick, vice president of trading and derivatives for Charles Schwab in Austin.

Focus is also on a $1.9 trillion coronavirus aid bill, as a sharply divided U.S. Senate began what was expected to be a long debate over a slew of amendments on how that money would be spent.

The S&P 500 and the Nasdaq are headed for their third straight weekly decline as a recent spike in Treasury yields dented demand for high-flying technology stocks.

The tech-heavy Nasdaq is about 11% below its Feb. 12 closing high. If the index closes 10% below that level, it would confirm a correction.

The FAANG + TM which constitutes the core FANG group, has wiped about almost $900 billion in market value since its peak on Feb. 16.

Energy stocks were in a bright spot, climbing for the third straight day to a new one-year high as oil prices soared. [O/R]

Oracle Corp jumped about 6% after Barclays upgraded the business software maker to “overweight” expecting improvement in the IT spending environment.

Tim Walz, the governor of Minnesota, on Sunday responded to reports that the state’s police officers had assaulted journalists covering the unrest in … END_OF_DOCUMENT_TOKEN_TO_BE_REPLACED

In The Bad Future, most places on Earth will be hotter, although there will still be some cold days. School and sports will be canceled during intense … END_OF_DOCUMENT_TOKEN_TO_BE_REPLACED