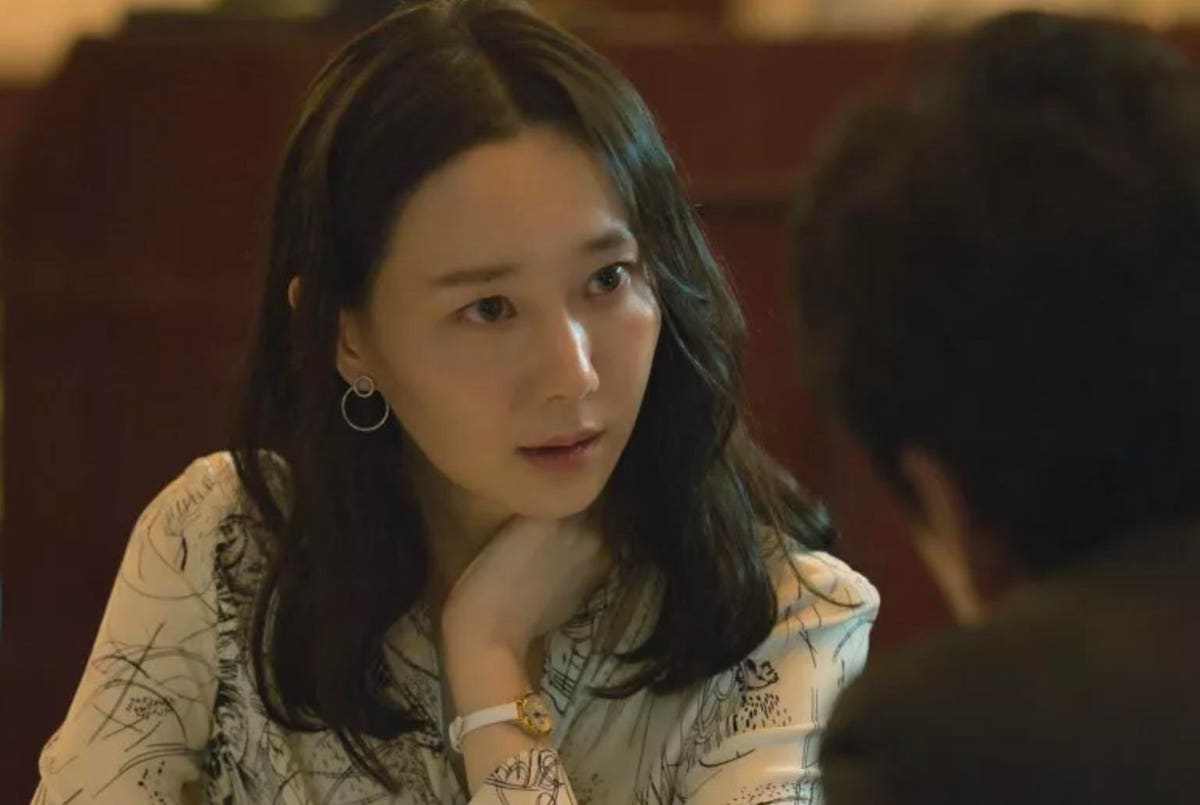 Lee Yoo-young’s character Jae-yi spends most of Dr. Brain in a coma, but that doesn’t make her a supporting character. Her memories are the key to solving the life-and-death mystery that propels the surreal plot of this six-episode Korean sci-fi drama. Jae-yi appears in dreams, flashbacks and is projected into the mind of her scientist husband through his experiments in brain synchronization.

Before losing consciousness, Jae-yi tried to convince her husband, Koh Se-won aka Dr. Brain, that their son did not die in an explosion. When Se-won, played by Lee Sun-kyun, suspects that she was right, he wants to synchronize their brains. His efforts summon not only sunlit memories of happier times, but also hallucinations where she’s drowning in blood.

“I took the role because I was intrigued at the fact that I could act out various egos of one character, and also liked that I could play a key role placed in the center of the plot,” said Lee “But above all, I was impressed with Jae-yi’s maternal love and her strong motherly image. I wanted to portray those aspects of her character.”

As Se-won seeks clues, he also begins to realize what went wrong with their marriage and must confront his own failings to solve the mystery.

“The motif of investigating an incident through brain sync is unique and exciting in itself,” she said. “Also, the character transformation, as the plot develops, will be interesting to watch, layered with riveting suspense and a mysterious mood.”

“I wouldn’t want to tap into others’ memories,” she said. “Even if brain science advances to the point where those kinds of capabilities become available to us, I hope that the technology is only used for medical treatment. We have enough on our plates with our own thoughts. If we tapped into the memories of others, I think crime would soar and everyone would fight each other.”

Lee debuted in 2014 with the romance melodrama Late Spring, for which she won a Best Actress award at the 14th Milan International Film Festival. She has played roles in several films, including the free spirited Min-jeong in Hong Sang-soo’s Yourself and Yours and a competitive diver in Diva. Her TV drama roles include playing a detective unknowingly married to a con man in My Fellow Citizen. Although she was very funny in My Fellow Citizen, she finds comedy a challenge.

“Comedy is harder for me because I don’t have much experience with it, but more so because I think it is a more difficult genre than drama.”

She had another chance at comedy this year with a role in Perhaps Love, a romantic comedy also starring Ryu Seung-ryong, Oh Na-ra and Kim Hee-won. The film was released in November 2021.

“Perhaps Love is a movie about the colorful personal life of a bestselling author, whose career and life gets tangled when he pursues an extraordinary romantic relationship,” said Lee. “I play the author’s neighbor Jeong-Won, who is a quirky, charming and lovely character who enjoys spending time and youthfully playing with the author’s son, Seong-kyeong.”

Playing so many types of characters does have its drawbacks, but they are not enough to dissuade her from trying more roles.

“As more of my life is spent acting rather than living as myself, sometimes I feel like I am losing myself and becoming more emotionally sensitive as I portray a wider spectrum of emotions on screen,” said Lee. “Even throughout these changes, I am still drawn to new things and want to play various characters. I continue to grow as an actor throughout playing various types of characters.”

The ability to engage in diverse experiences is what she loves about being an actress.

“I tire easily of routine and always seek new things to pursue,” said Lee. “As an actor, each job, each role is new. I have to study the life of each character thoroughly to portray them, so I’m always learning something new and growing, rather than staying complacent with where I am. I wanted to become an actress because I would be able to learn new things through diverse experiences throughout my whole life.”

Her next TV project is the JTBC drama Inside with co-star Kang Ha-neul. The drama is expected to air in 2022.

AUSTIN, Texas--(BUSINESS WIRE)--As the first multifamily management company to be recognized in the Public Relations and Marketing Excellence Awards, … END_OF_DOCUMENT_TOKEN_TO_BE_REPLACED

There have been whispers of cooling housing and rental prices in the San Francisco Bay Area, but that hasn't yet translated into practical, noticeable … END_OF_DOCUMENT_TOKEN_TO_BE_REPLACED

Cars pass in Independence Square at twilight in Kyiv, Ukraine, Monday, Oct. 31, 2022. Rolling ... [+] blackouts are increasing across Ukraine as the … END_OF_DOCUMENT_TOKEN_TO_BE_REPLACED