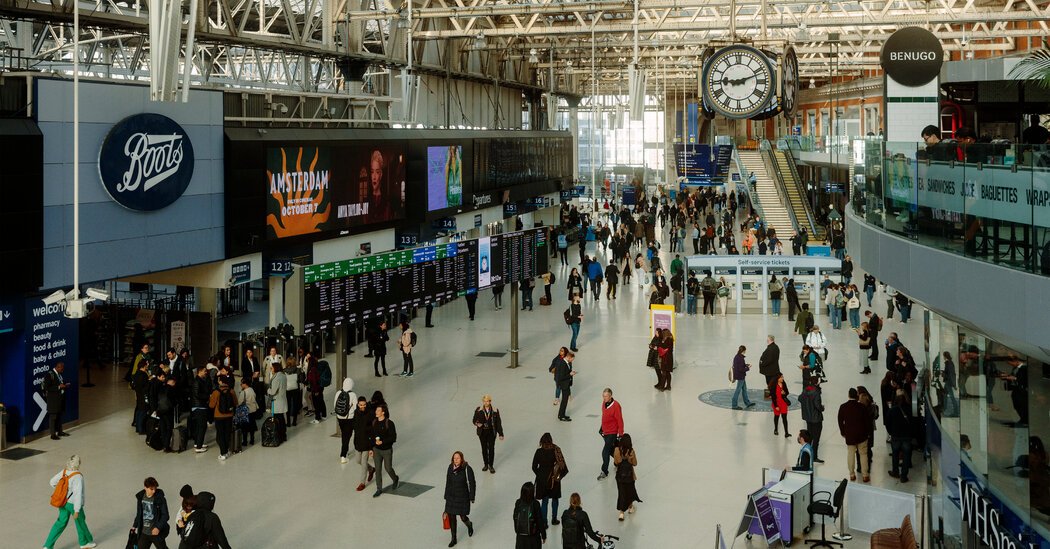 The fall of Liz Truss, Britain’s prime minister for just six tumultuous weeks, has plunged the nation into another phase of economic uncertainty.

When Ms. Truss announced her resignation on Thursday as Conservative Party leader, saying she would stand down as prime minister, the markets that had rebelled against her fiscal policies engaged in a weak and short-lived rally. Investors were left wondering who would be the new leader and what lay ahead for Britain’s economic policy. On Friday morning, government bonds were falling, pushing yields higher, and the pound was dropping.

“It’s a leap into the unknown,” said Antoine Bouvet, an interest rates strategist at ING.

Overall the initial reaction, Mr. Bouvet added, suggested that investors expect that a new prime minister will go ahead with fiscal plans generally supported by the market. But he said it was too early to be sure.

“Let’s see who gets elected leader and what they say on fiscal policy,” he said.

The next prime minister, the third this year, will face a long list of economic challenges. Annual inflation topped 10 percent last month as food prices rose at their fastest pace in more than 40 years. Wages haven’t kept up with rising prices, bringing about a cost-of-living crisis and labor unrest. There is a deepening slump in consumer spending with data on Friday showing people were buying less than before the pandemic. Interest rates are set to rise even as the economy stagnates. And Russia’s war in Ukraine is still rippling through the global economy, especially the energy market.

provoked extraordinary volatility in markets at the end of September when her first chancellor of the Exchequer, Kwasi Kwarteng, announced a plan for widespread tax cuts and huge spending, to be financed by borrowing. Amid the highest inflation in four decades and rising interest rates, markets deemed the plan, delivered without any independent assessment, a rupture in Britain’s reputation for fiscal credibility. The pound dropped to a record low, and government bond yields shot up so violently the central bank was forced to intervene to stop a crisis in the pension funds industry.

began to settle markets. However, bond yields remain noticeably higher than they were before the September tax plan was announced, as investors still demand a higher premium to lend to Britain. On Thursday, 10-year government bond yields closed at 3.91 percent, up from 3.50 percent on Sept. 22, the day before Mr. Kwarteng’s policy announcement.

Ms. Truss’s tenure as prime minister, the shortest in British history, was undone by economic policies that harked back to the trickle-down economics of the 1980s, built on the belief that tax cuts for the wealthy were fair and would lead to investment and economic growth that would benefit everyone.

More on the Situation in Britain

Meanwhile, the new government is likely to be focused on restoring the government’s fiscal credibility. Mr. Hunt is set to deliver a “medium-term fiscal plan,” with spending and tax measures, on Oct. 31. He said he expected to make “difficult” spending cuts as he planned to show that debt levels were falling in the medium term.

It will be accompanied by an independent assessment of the fiscal and economic impact of the policies by the Office for Budget Responsibility, a government watchdog.

While markets have cheered the government’s promise to have its policies independently reviewed, questions remain about how the gap in the public finances can be closed. Economists say there is very little room in stretched department budgets to make cuts. That has led to concerns of a return to austerity measures, reminiscent of the spending cuts after the 2008 financial crisis.

“There is a danger,” Mr. Chadha said, “that we end up with tighter fiscal policy than actually is appropriate given the shock that many households are suffering.” This could make it harder to support people suffering amid rising food and energy prices. But Mr. Chadha argues that it’s clear what needs to happen next: a complete elimination of unfunded tax cuts and careful planning on how to support vulnerable households.

The chancellor could also end up having a lot more autonomy over fiscal policy than the prime minister, he added.

“The best outcome for markets would be a rapid rallying of the parliamentary Conservative Party around a single candidate” who would validate Mr. Hunt’s approach and the timing of the Oct. 31 report, Trevor Greetham, a portfolio manager at Royal London Asset Management, said in a written comment.

Three days after the fiscal statement, on Nov. 3, Bank of England policymakers will announce their next interest rate decisions.

Bond investors are trying to parse how the central bank will react to the rapidly changing fiscal news. On Thursday, before Ms. Truss’s resignation, Ben Broadbent, a member of the central bank’s rate-setting committee, indicated that policymakers might not need to raise interest rates as much as markets currently expect. Traders are betting that the bank will raise rates above 5 percent next year, from 2.25 percent.

The bank could raise rates less than expected next year partly because the economy is forecast to shrink over the year. The International Monetary Fund predicted that the British economy would go from 3.6 percent growth this year to a 0.3 percent contraction next year.

That’s a mild recession compared with some other forecasts, but it would only compound the longstanding economic problems that Britain faced, including weak investment, low productivity growth and businesses’ inability to find employees with the right skills. These were among the challenges that Ms. Truss said she would resolve by shaking up the status quo and targeting economic growth of 2.5 percent a year.

Most economists didn’t believe that “Trussonomics,” as her policies were called, would deliver this economic growth. Instead, they predicted the policies would prolong the country’s inflation problem.

Despite the change in leadership, analysts don’t expect a big rally in Britain’s financial markets. The nation’s international standing could take a long time to recover.

“It takes years to build a reputation and one day to undo it,” Mr. Bouvet said, adding, “Investors will come progressively back to the U.K.,” but it won’t be quickly.

AUSTIN, Texas--(BUSINESS WIRE)--As the first multifamily management company to be recognized in the Public Relations and Marketing Excellence Awards, … END_OF_DOCUMENT_TOKEN_TO_BE_REPLACED

There have been whispers of cooling housing and rental prices in the San Francisco Bay Area, but that hasn't yet translated into practical, noticeable … END_OF_DOCUMENT_TOKEN_TO_BE_REPLACED

Cars pass in Independence Square at twilight in Kyiv, Ukraine, Monday, Oct. 31, 2022. Rolling ... [+] blackouts are increasing across Ukraine as the … END_OF_DOCUMENT_TOKEN_TO_BE_REPLACED