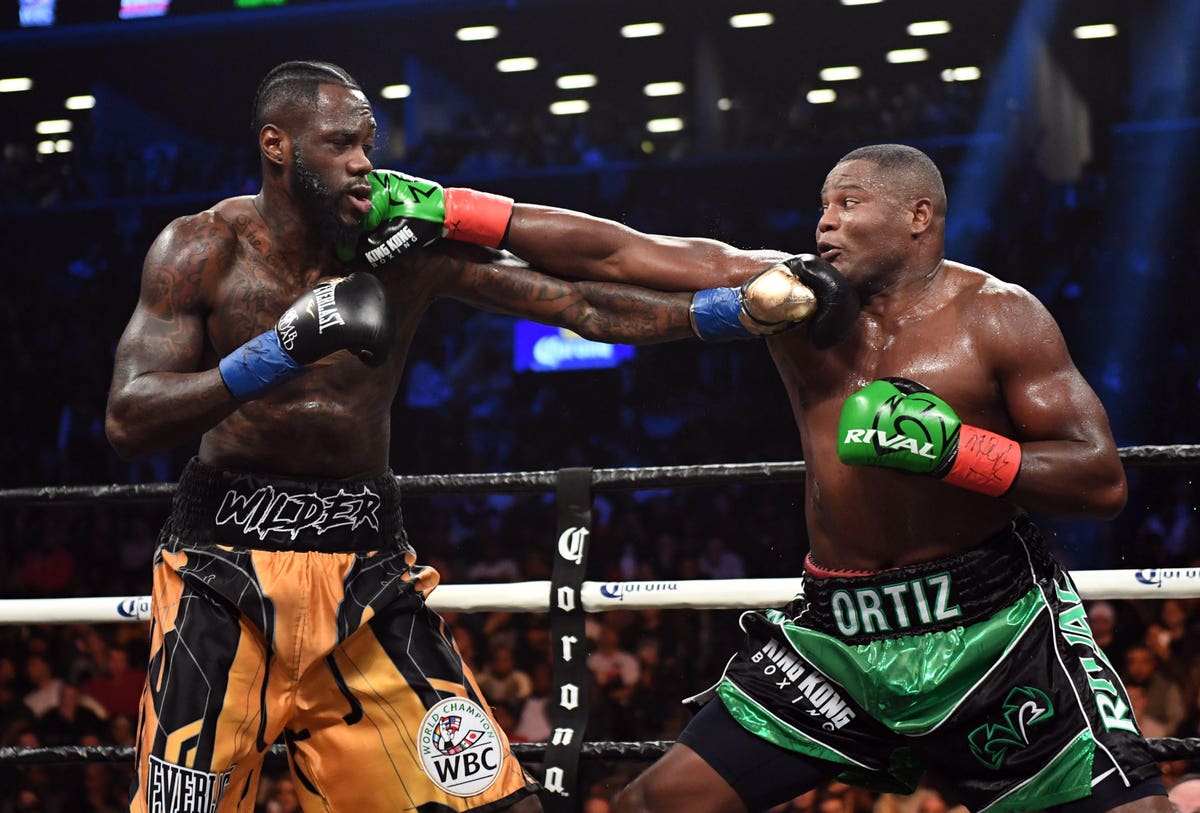 It might not be the most meaningful matchup of the new year, but the Luis Ortiz vs. Charles Martin heavyweight clash on Jan. 1 certainly could be a fun one to watch. Both heavyweights have major power, and both are still looking to prove they remain in the top-10 of the division. Though it’s on PPV, it’s at a lower-than-normal price point and could be well worth your time. Here’s everything you need to know about Luis Ortiz vs. Charles Martin, including the odds, their records and a prediction on who will win.

Martin, a former world titlist, is in his mid-30s, and Ortiz is supposedly 42, so the chances of either of them beating a current world champion is fairly slim. But don’t tell that to either fighter.

“People are going to be shocked with what I do in this fight,” Martin said. “I’ve always had what it takes, and now I’m adding the main ingredient into it, which is the dedication. I know that’s what it takes to become world champion again.

“It’s like night and day for myself since I lost the title. I used to eat fast food and now my diet is completely different. I always worked hard, but now I’ve put everything together. I feel unstoppable.”

But if Ortiz lands his heaviest punches, there’s little doubt Martin would not, in fact, be unstoppable. Ortiz has that kind of debilitating power, and he said he’s in a special kind of conditioning.

“My mind and my body are in tip-top shape,” Ortiz said. “If anyone thinks that I won’t be up to the challenge, they’re dead wrong.”

This matchup is a title eliminator for one of the sanctioning bodies, meaning the winner theoretically could face Oleksandr Usyk for his world title. But the chance either of them could actually beat Usyk seems slightly unrealistic to me. So, for this fight, just sit back and enjoy two veterans try to knock each out.

Here’s more info on the Luis Ortiz vs. Charles Martin showdown that U.S. viewers can watch on PPV for $39.99 beginning at 8 p.m. ET on Saturday.

As of this writing, Ortiz is a -350 betting favorite with Martin as a +250 underdog. To me, there’s plenty of value in betting on Martin, especially if you take him to win by KO/TKO at +500. The problem with putting your money on Ortiz at that price is that we have no idea what he has left. He’s fought just one round since getting scorched by Wilder for the second time in 2019, and considering he’s at least 42, he could be shopworn when he faces Martin.

If you’re not sure who would win, it’s also not a bad idea to bet on either fighter scoring the stoppage in rounds 7-12 at +187

Whenever he faces anybody not named Deontay Wilder, Luis Ortiz (32-2, 27 KOs) wins. Part of the reason for that, though, might be that Ortiz has never faced another A-level fighter as a pro. The only two times he has faced one of the division’s elite, he’s been knocked out. Ortiz, though, has beaten solid veterans like Bryant Jennings, Malik Scott, Tony Thompson and Travis Kauffman. Martin might be better than all of those fighters, but he’s not as good as Wilder. In that way, Martin is a great in-between test for Ortiz.

Martin (28-2-1, 25 KOs) probably will end his career as the heavyweight world titlist with one of the quickest-ever reigns. Three months after knocking out Vyacheslav Glazkov to win a vacant title in 2016, Martin was smoked by Anthony Joshua in just two rounds. Since then, Martin has lost to Adam Kownacki but has beaten Gerald Washington. It’ll be interesting to see if Martin can keep up with Ortiz.

Martin had his three months in the sun when he won his world title five years ago. I think he’s a talented fighter but probably not good enough to beat anybody in the top-5 at heavyweight. Fortunately for him, I don’t think Ortiz is in the top-5 anymore. That makes this a compelling matchup. If this fight was three years ago, I’d pick Ortiz. But at this point, I think he’s a little old and, as Wilder proved, he can have chin issues if he’s hit just right. Martin will have the power to hurt him, and in the seventh round, he’ll finish off Ortiz for good.

These first months of the year are traditionally when hopeful homebuyers sit down to tally their raises or bonuses and assess what they can afford. … END_OF_DOCUMENT_TOKEN_TO_BE_REPLACED