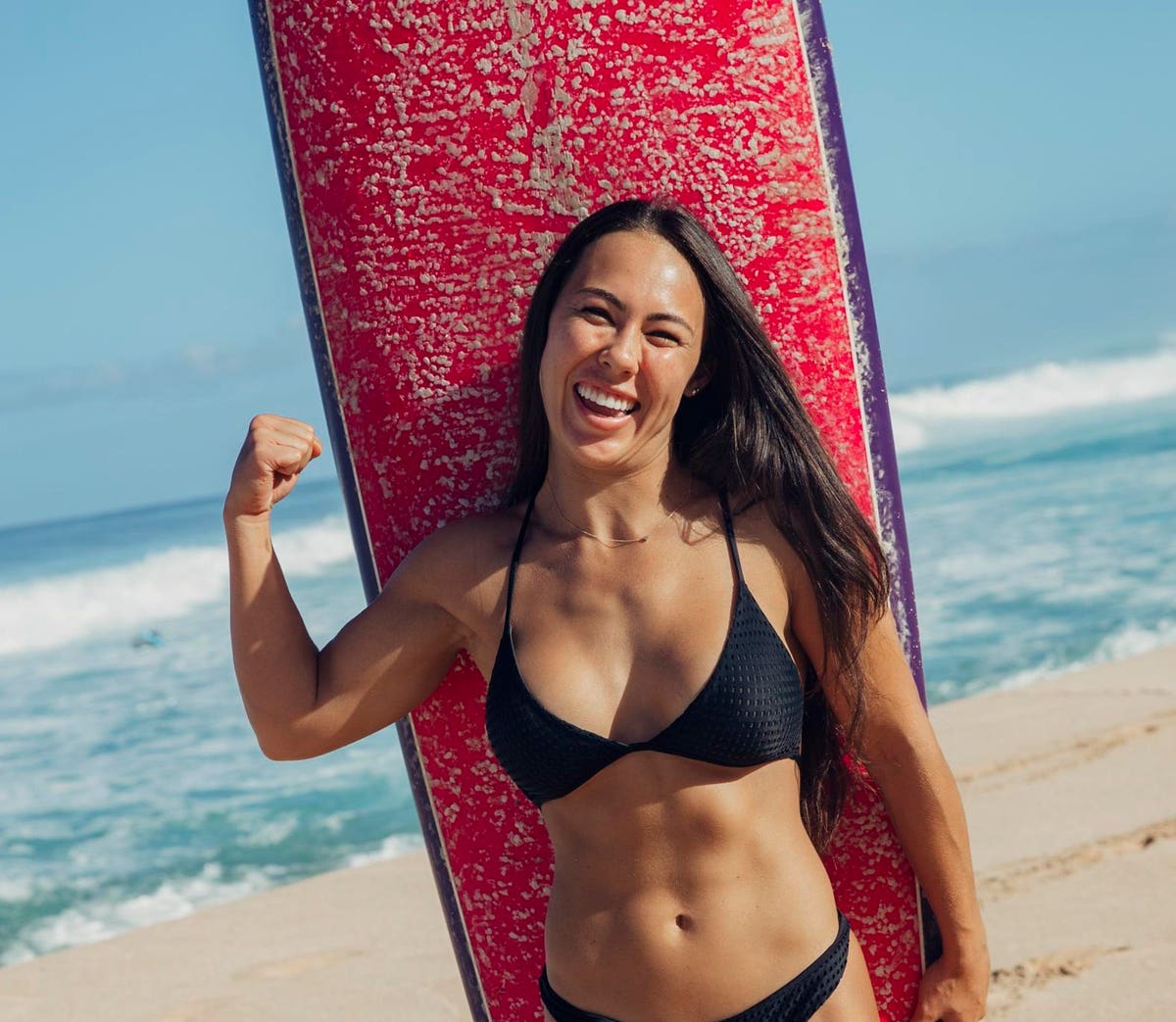 Makani Adric has been surfing almost for as long as she could walk and says that her first memories of riding a surfboard at age 4 are fairly vivid. Now, Adric, a 25-year-old pro surfer for Red Bull Magnitude adds that when you grow up on the north shore of Oahu, surfing is just part of life.

“It was at first something I did with family and friends for fun. And by age 7, I was surfing on my own,” Adric said when I spoke to her last week, via Zoom.

Eventually, some years after Adric first ventured out to deeper waters as a young teenage surfer, she started to envision going pro amidst her own growing thirst for competition.

“I think because of growing up with it, surfing for me is very special. Especially getting the opportunity to surf and now compete professionally.”

Adric, who hails from Pupukea, Oahu is one of the standouts of Red Bull Magnitude, an all-women’s surf league based in the Hawaiian Islands which is in its second year of competition. The surf tournament league is open-invite and has quickly become known for showcasing the world’s top female surfers.

Currently, Red Bull Magnitude’s 2021-2022 season is being fielded as a virtual competition because of Covid-19 limitations and mandates. During competition, Red Bull provides film and water safety crews, and this year the organization upped its prize purses to a total of $50,000, of which $35,000 goes to the contest’s top performer.

The season began on Dec 1, 2021, and is slated to end on February 28, 2022. Judges made up of a panel of surf icons critique content captured by Red Bull of each competitor’s waves. After Red Bull Magnitude’s three-month season, judges then crown a winner. There are also other awards, such as Best Tow-In, Best Wave, Biggest Ride, plus a People’s Choice winner, selected by fans who vote online.

Last season, Adric was the league’s runner-up and also won the People’s Choice Award. She says she thinks that if growing up on Oahu hasn’t necessarily given her an edge as a professional, surfing’s preeminence across the islands is something that drives her.

“Oahu is the capital of surfing and where it all started. It’s cool to see so many people here is trying to absorb the sport, and get into pro surfing if they can.”

Yet despite the sun and surfing’s storied history, the overall serene picture that comes to mind when tourists think of Hawaii is very different for the pro surfer. Adric admits that “surfing is really a beautiful sport, but it’s a lot more difficult than it looks.”

“A lot of people don’t understand the training and things that you have to master, in order to surf the waves on the (Oahu) north shore. It’s not easy. Waves get super big, and I think people are mistaken and think that whenever we surf, we have lifeguards on the beach. And if something happens the lifeguards save us.”

Generally, while the rest of the United States and North America are experiencing winter chills and snow, Oahu gets its “Big Wave Season” from late October until the first few days of March.

Upon Oahu’s north shore, waves average heights of 16 feet, measured from the top to bottom of a wave’s “face” or shore-facing side. For approximately three weeks during peak season, waves can swell to 36 to 50 feet in size, with the occasional winter wave topping 100 feet. Typically the largest and fastest waves, called “jaws waves,” show white water “teeth” when they begin to break and are followed by a thunderous roar when crashing into deep water.

“I prefer Big Wave surfing because it’s a combination of all the different styles,” said Adric, who employs what’s called a goofy stance when surfing. “Big waves or small, surfing is more about passion, for me.”

When asked what she does to prepare for competition and stay fit throughout the season, Adric says that only about 50% of her time is spent on a board and in the water.

Usually, Adric says that anywhere between 60%-70% of her training and prep time is done on dry land. She adds that in addition to hitting the weights and working with trainers, there is another longtime hobby of hers that helps increase both her cardio and core strength. What keeps her ready for Big Wave season?

“I do a lot of jiu-jitsu. It’s the best way I think I can keep in shape,” Adric said. “Whatever it is that you do (to stay fit), if you want to be a pro surfer, you have to put in the hours and do good work.”

Lil Wayne has just listed his modern megamansion in Miami Beach for an equally mega sum of $29.5 million.The rapper (whose legal name is Dwayne … END_OF_DOCUMENT_TOKEN_TO_BE_REPLACED