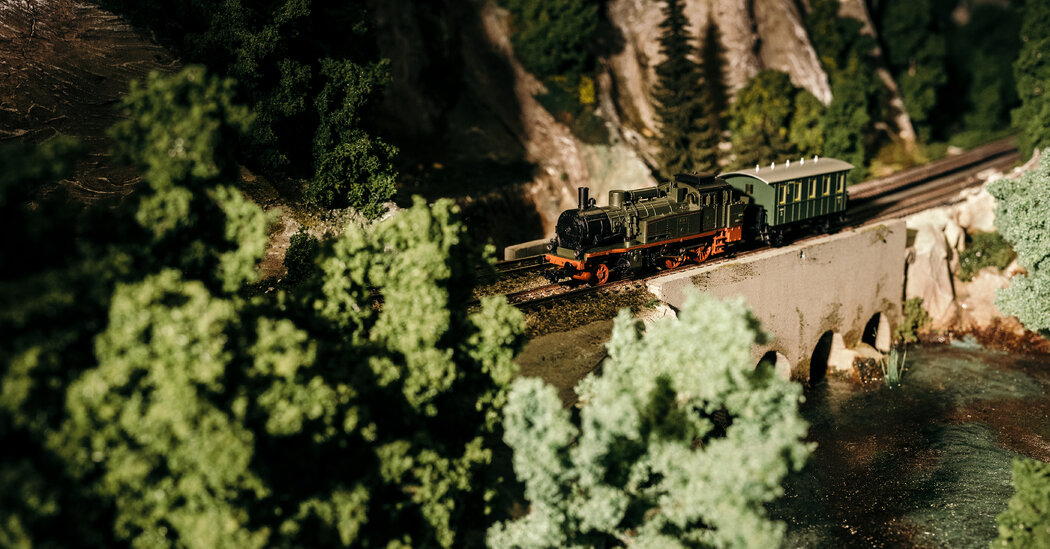 BERLIN — Last spring, the managers at Märklin, the 162-year-old maker of model trains in Germany, were surprised by something unexpected in the sales reports.

“We started to notice a serious uptick in orders,” said Florian Sieber, a director at Märklin. The jump continued into summer — a further surprise, he said, because that’s “when people don’t usually buy indoor train sets.”

But buy they did. In November, Märklin’s monthly orders were up 70 percent over the previous year. The company’s video introducing its new trains and accessories, posted in January, has been viewed over 165,000 times.

Along with baking and jigsaw puzzles earlier in the pandemic, model trains are among the passions being rediscovered while people are cooped up indoors. Several companies that make trains are reporting jumps in sales. For many people, the chance to create a separate, better world in the living room — with stunning mountains, tiny chugging locomotives and communities of inch-high people where no one needs a mask — is hard to resist.

the Simba Dickie group, a privately owned German toymaker, bought the company, trying to salvage what it saw as an important brand.

a model of the 078 series, a steam locomotive used by the West German national rail in the 1960s and 1970s. In a first since Simba Dickie took over the company, the company is training new apprentices to join the roughly 700-strong work force in Hungary.

The company is betting that many of the people drawn to Märklin trains during the pandemic stick with model trains afterward. “Because it really is not the kind of hobby that you do for two weeks and then abandon,” Mr. Sieber said.

The poshest place in California's Coachella Valley is The Madison Club. This exclusive gated community in La Quinta is where A-listers and tycoons … END_OF_DOCUMENT_TOKEN_TO_BE_REPLACED

KOROPY, Ukraine — Four men tugged at long strips of fabric to lift a coffin out of the gaping hole in the backyard of a small house. They flung the … END_OF_DOCUMENT_TOKEN_TO_BE_REPLACED