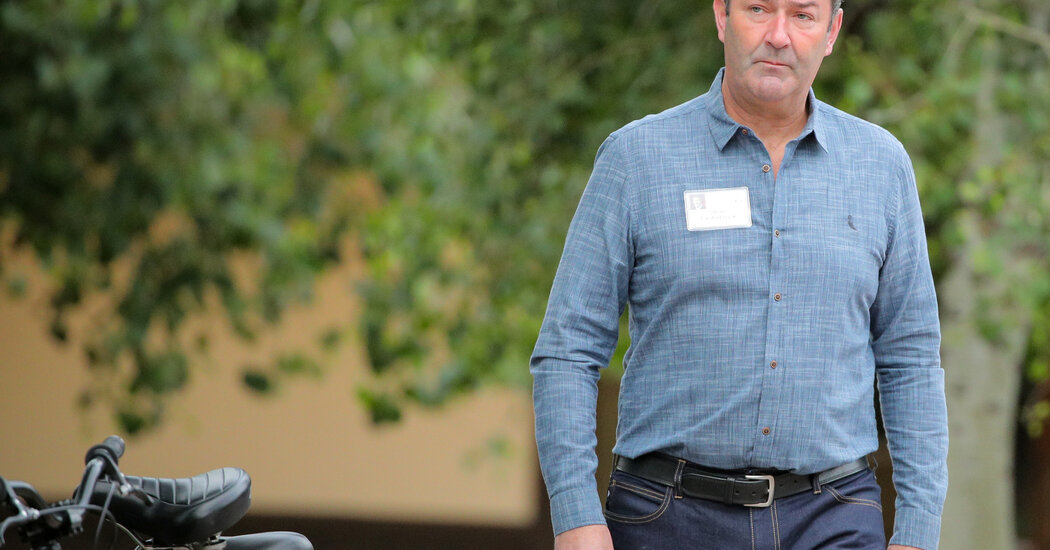 Despite posting robust revenue and earnings during the pandemic of the past year, executives at McDonald’s are likely to face tough questions at Thursday’s annual shareholder meeting from critics who believed they mishandled the dismissal of the former chief executive Steve Easterbrook.

On Wednesday, the institutional investor Neuberger Berman became the latest investor to say it would not vote for the re-election of Richard Lenny, a former chief executive of the Hershey Company who has been on the McDonald’s board for 16 years and was chair of the compensation committee that awarded Mr. Easterbrook more than $44 million after he was terminated in 2019 for having a consensual sexual relationship with an employee.

The board, which allowed the severance to be awarded even after determining Mr. Easterbrook had violated company policy and displayed poor judgment, later discovered he had engaged in several affairs with employees during his tenure. McDonald’s has sued Mr. Easterbrook to try to claw back the money.

The Easterbrook scandal is likely to be just one of the issues about the company’s culture brought up during the virtual meeting.

minimum wage to $15 an hour. The company is also facing myriad lawsuits involving claims of racial and sexual discrimination and harassment at some of its restaurants.

McDonald’s leadership is likely to play up its strong performance during the pandemic, taking a victory lap for producing a $4.7 billion profit during a rough-and-tumble year for the restaurant industry.

McDonald’s chief executive, Chris Kempczinski, who was hired in 2015 from Kraft Foods as a strategy chief and reported directly to Mr. Easterbrook, has made several moves in recent months to address the numerous controversies.

In February, the company set new diversity goals and tied those goals to executive compensation. In April, it mandated anti-harassment training at its restaurants. And last week, it said it would raise wages at 650 company-owned restaurants, a move that does not affect the 14,000 restaurants that are independently owned.

Still, questions continue to swirl around Mr. Easterbrook’s departure in November of 2019.

In April, Scott Stringer, New York City’s comptroller who oversees its pension funds, and CtW Investment Group, which oversees union pensions, wrote a letter to McDonald’s shareholders saying they would vote against Mr. Lenny as well as Enrique Hernandez Jr., the chief executive of Inter-Con Security Systems and McDonald’s chairman. They cited their roles in the “flawed and mismanaged investigation” into Mr. Easterbrook and the determination to terminate him “without cause,” resulting in an “unnecessary and costly” lawsuit filed in an attempt to recoup the money from Mr. Easterbrook.

In an emailed statement, McDonald’s said that its board believes there should be a balance of institutional knowledge and fresh perspectives among its directors, and that it is fully investigating all allegations of misconduct by Mr. Easterbrook and “has taken swift and unprecedented actions to address them.”

Whether the movement to oust Mr. Hernandez or Mr. Lenny from their seats has enough support remains unclear.

Two of the largest proxy advisory firms split their decision about the McDonald’s directors, with Glass Lewis recommending that shareholders vote against the two directors. Institutional Shareholder Services said both directors should keep their positions, giving the board credit for taking legal action to recoup the severance pay from Mr. Easterbrook.

In fact, it was after Mr. Johnson won the high jump that Hitler left the stadium in Berlin, before Mr. Johnson received his medal, even though earlier … END_OF_DOCUMENT_TOKEN_TO_BE_REPLACED

Listed for $2,975,000 at the beginning of the month, this architectural delight in Virginia Beach had its price trimmed by $125,000 last week. Located … END_OF_DOCUMENT_TOKEN_TO_BE_REPLACED