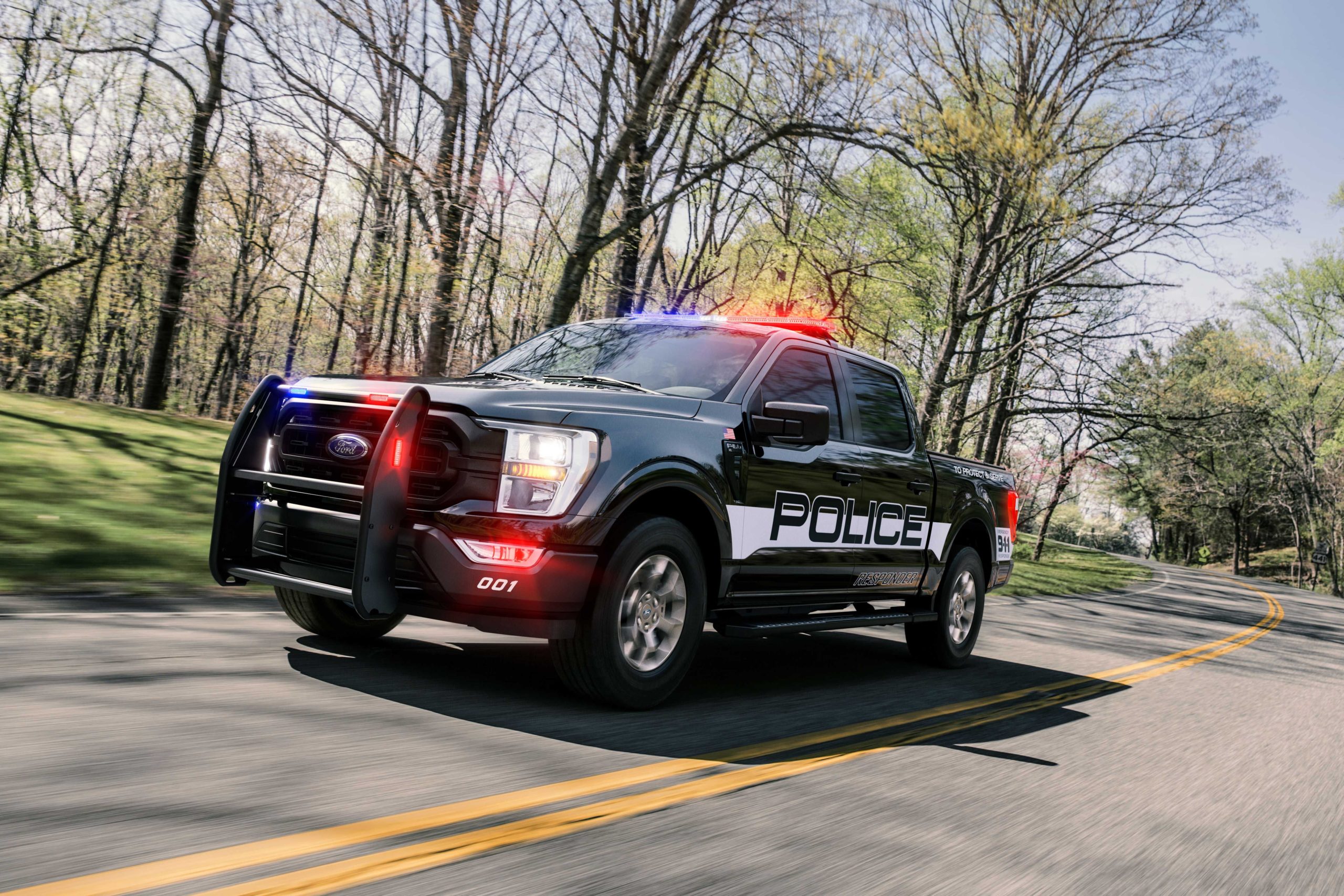 The next time you get pulled over, it may be by an officer in a Ford pickup truck instead of a traditional “cop car.”

Ford Motor unveiled its new 2021 F-150 Police Responder on Tuesday ahead of spring state and local government bid cycles. Commercial vehicles, such as police vehicles, are a focus of the company under Ford CEO Jim Farley, who took over the helm from Jim Hackett in October.

Demand for a police version of Ford’s F-150 has grown steadily since its introduction in 2017, according to a spokeswoman for the automaker. She declined to disclose specific sales of the pursuit-rated pickup or Ford’s lineup of police vehicles.

The change from police cars to utility vehicles such as pickups and SUVs represents a larger trend by automakers away from passenger sedans. Ford discontinued its last police car, a Ford Taurus, several years ago. A police version of its Ford Explorer is now its bestselling model, according to the company.

The police pickup is based on the consumer version of the truck but includes special options and tuning to “meet rigorous law enforcement use” at speeds of up to 120 mph. The vehicle also features a new “police engine idle,” which allows officers to remove keys from the ignition and securely exit the truck with the engine running with the touch of a button.

The new police pickup, like the consumer truck, features remote, or over-the-air, connectivity as well as data and telematics analysis to assist in vehicle uptime, running costs and driving behavior. Customers also can opt to order a vehicle without the front console between the driver and front passenger, which allows agencies to more easily install their own department-specific consoles.

When Graham Brooks received his ballot in early February, asking whether he wanted to form a union at the Amazon warehouse in Alabama where he works, … END_OF_DOCUMENT_TOKEN_TO_BE_REPLACED

QuantumScape could pursue legal action after coming under assault in a scathing report released by activist short-seller Scorpion Capital."We're … END_OF_DOCUMENT_TOKEN_TO_BE_REPLACED