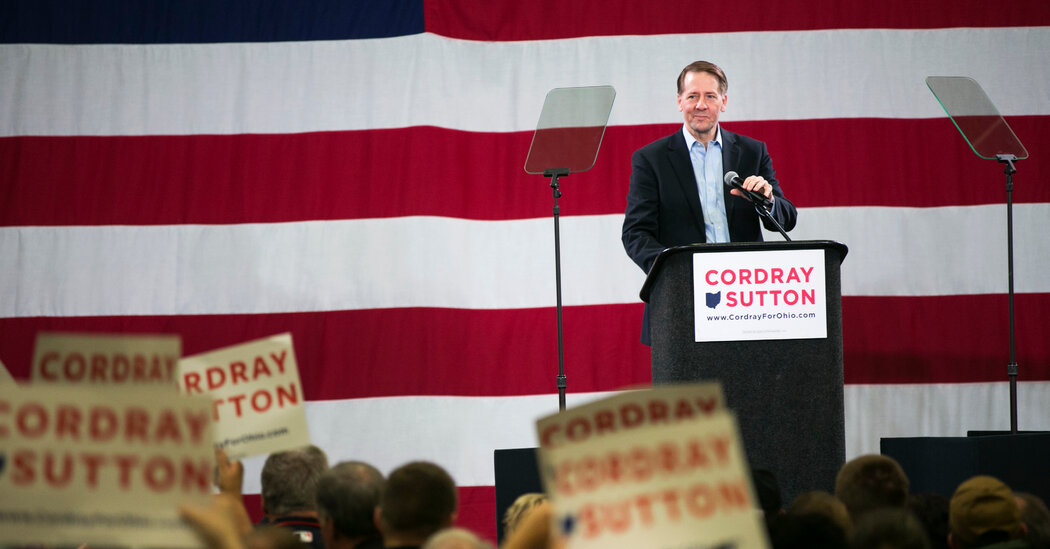 Richard Cordray, a close ally of Senator Elizabeth Warren who served as the first director of the federal Consumer Financial Protection Bureau during the Obama years, has been selected as the new head of federal student aid in the Biden administration, a post that will put him at the center of the swirling debate over forgiving student debt.

The issue is a tricky one for President Biden. Though he has endorsed canceling up to $10,000 per borrower through legislation, Mr. Biden has been pressured by some Democrats to forgive much more, and to sign an executive order making it happen if Congress fails to act.

But with his new position within the federal Education Department, the primary lender for higher education, Mr. Cordray might be able to relieve the president of that burden by canceling student debt administratively. Democratic leaders are pushing for up to $50,000 in debt relief.

Mr. Cordray is a former Ohio attorney general who worked alongside Ms. Warren on financial issues before her election to the Senate. He headed the consumer protection bureau from 2012 to 2017, leaving in the first year of the Trump administration to make a failed bid for governor of Ohio.

a five-time “Jeopardy!” champion, has also been a vocal critic of for-profit colleges. “I hate how these hollowed-out businesses and subpar colleges are cheating consumers, employees and whole communities,” he wrote in a guest essay in The Plain Dealer, Ohio’s largest newspaper.

the agency sued Navient, one of the Education Department’s largest student loan servicers, for errors and omissions that Mr. Cordray said improperly added billions of dollars to borrowers’ tabs.

The lawsuit is ongoing, and six state attorneys general have filed similar cases. The lawsuits describe routine mistakes and lapses in oversight that over time added up to systematic failures, eerily similar to the mortgage servicing industry’s bungling of borrower accounts and property foreclosures during the 2008 recession.

extensive errors and obstacles in the department’s Public Service Loan Forgiveness program, which is intended to forgive the debts of teachers, military members, nonprofit workers and others in public-service careers.

The agency is also grappling with claims from hundreds of thousands of borrowers seeking relief through a program intended to eliminate the debts of people who were defrauded by schools that broke consumer protection laws.

The Seattle Seahawks are very much still in the running for Baker Mayfield. (Photo by Stacy ... [+] Revere/Getty Images) Getty Images The Seattle … END_OF_DOCUMENT_TOKEN_TO_BE_REPLACED

LANSING, Mich. — At least 357 sitting Republican legislators in closely contested battleground states have used the power of their office to discredit … END_OF_DOCUMENT_TOKEN_TO_BE_REPLACED