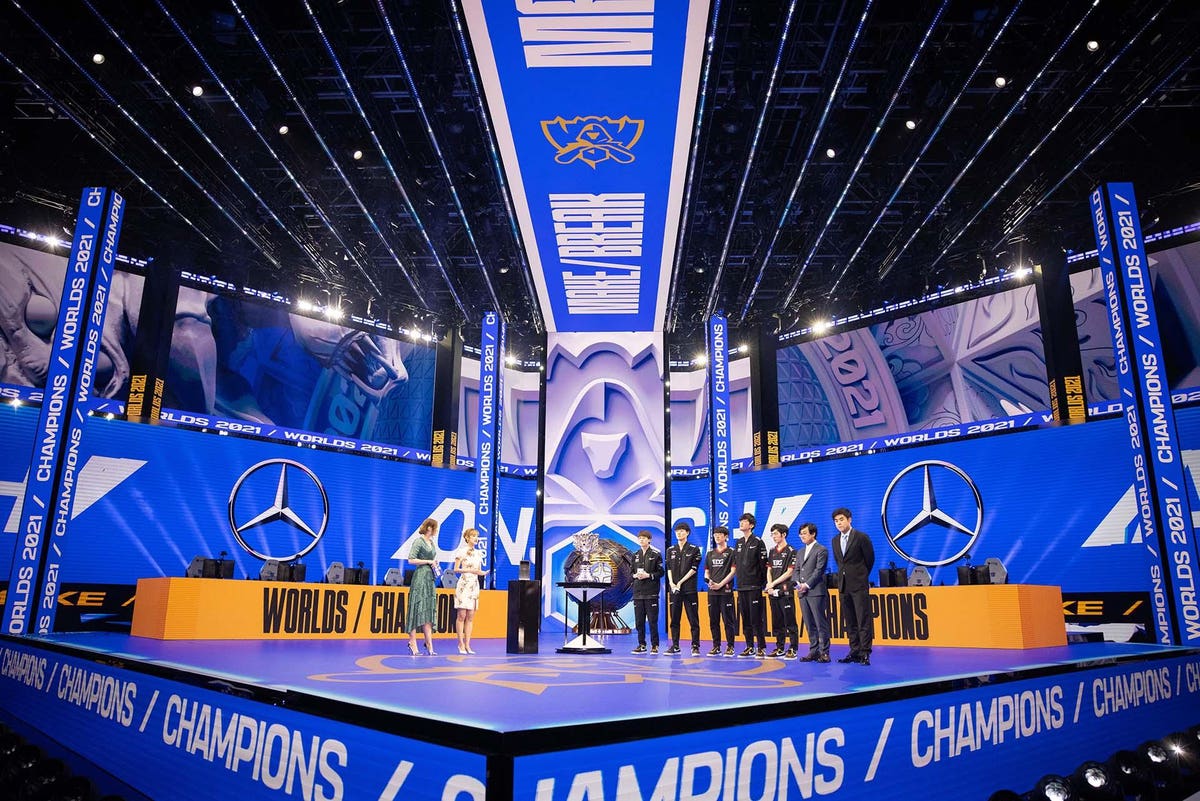 Whalen Rozelle, perhaps better known to some as Riot Magus, is a nine and a half year veteran at Riot Games. He started as one of the earliest members of the esports team within the company, after initially looking to join as a mobile producer, and has been a key part of the growth of not just League of Legends’ competitive scene, but esports as a whole. He has had a hand in almost every major League of Legends esports event that has taken place and has had a key impact on the industry as a whole, even if he may not be one of the most recognisable faces out there.

After working on League of Legends for years, he transitioned into a new role heading up the esports divisions for some of the new games Riot has launched such as Valorant and Teamfight Tactics, taking the lessons learnt from years of LoL esports and applying them to make these titles top-level esports immediately. But now he has been promoted into a newly created role, Head of Global Esports Operations, and will oversee all of the esports operations within Riot Games, sitting just underneath Global Head of Esports John Needham.

“Whalen’s track record leading esports at Riot Games is unmatched, and in this new and expanded role, he will bring all of his experience to help our esports evolve and increase their impact,” said Needham. “Whalen joined Riot at a time when esports was primarily an idea, and he helped build LoL Esports into the world’s leading esport. When we asked him to take on a second challenge with Valorant esports, he embraced it and the Valorant Champions Tour was born and is flourishing beyond our expectations. We expect even more from him in the years ahead as he shapes our strategy and operations across numerous Riot esports properties and geographies.”

For Rozelle, this new role presents an interesting challenge that he is uniquely positioned to execute on. For years League of Legends esports was a fairly fractured system, with each region doing its own thing and only coming together once or twice a year. But in recent times there has been a push to bring things across the world closer together. Then there is the need to add in the new esports titles Riot has launched, and will continue to launch, into this ecosystem to make sure everything is working on the same page. It’s a challenge that has never been seen before within Riot, and Rozelle knows that making it work will be a challenge.

“We know that we’re going to need to think differently and approach the next decade of growth differently than the past decade,” says Rozelle. “We’re one team [and] I actually think this is going to unlock some really cool opportunities for fans and regions to get access to content from different regions. I think that’s one thing that I think is truly important, especially as we layer on different games and bring in new audiences, we really have to think broader than what we thought today.”

There are a few projects Rozelle and his wider team have in the works to try and make this happen. Most will be internal changes that fans won’t directly notice, but others such as the plan to build Riot production studios around the world so that every region, and game, can tap into further resources anywhere in the world regardless of timezones, will improve the spectator experience significantly.

Rozelle also teased that as Riot starts to, hopefully, move back to live events and introduce them for the new games that have grown into significant esports over the pandemic era, we will see some exciting improvements across the world, with fan interaction and ownership events being a key area Riot wants to look into.

Another area Rozelle will be working on across all of the Riot titles is tying the esports scene closer to the development of the game. While the two sides of the esports business have always worked together, especially when it comes to things such as balance, getting esports related content into the game itself is something you can expect to see more of in the coming years. Just how this will play out for each game remains to be seen, and will no doubt grow in importance over time, but it is an area that Riot is looking to expand on, with some early implementation already being done.

“There’s a PC cafe themed around our [esports] event showing up in maps and banners in Valorant, and that’s happening in year one,” says Rozelle. “In League of Legends you see banners and advertisements across the Rift. I do think that you’re gonna see more and more of that integration and a lot of that’s gonna spill over to the fan experience.”

Rozelle credited the work that Valve does with the Battle Pass for The International Dota 2 tournament each year as another way that Riot is looking at giving fans of the game a way to get excited about and feel an ownership of the esports side of things. With fans literally contributing money directly to the event there is a sense of ownership around the tournament that other events struggle to match, and tying that directly into the game only adds to that.

“I think that the concept of fans buying into and owning part of an event is the thing that I love most about something like The International,” says Rozelle. “I think that concept of fans feeling ownership over this as they contribute to something together, that sort of collective feeling is something that I really enjoy. And I think that if you see us do anything like that it’ll be along that axis, for the fans of the sport and you want to figure out more ways to get them closer to the thing that they love in a way that feels good to them.”

However, this doesn’t mean that we will be seeing a direct copy of how Valve does things, and there is almost no chance that we will see a massive crowdfunded prize pool in the Riot ecosystem. For years Riot has argued that it simply is not the ideal way to run their competitions, with inflated prize pools giving the top 1% life-changing opportunities but starving the rest of the scene for money, and Rozelle was keen to reiterate this.

“If we want pros to be rewarded for their investment of all this time and energy they spend training, it can’t be a hope that you get that magical moment where you finish top three in an event once a year,” says Rozelle. “We really want to make sure that they’re incredibly wealthy folks, like [Lee] Faker [Sang-hyeok] making millions of dollars a year in salary, that’s something that we are proud of.”

While Riot could no doubt bring in hundreds of millions of dollars with the launch of a crowdfunded tournament like The International that isn’t the focus for the company when it comes to esports, and Rozelle is taking a much longer-term view when it comes to finances. It has widely been known that the esports operations at Riot have been a marketing loss leader for many years, and Rozelle confirmed that this is still the case, but they are continuing to creep closer to making significant money from the esports side of the business, and it’s an area that he will be pursuing as part of his new role.

“We’re still on that journey towards profitability,” says Rozelle. “But I’m incredibly bullish that there are so many things that we can still do to unlock that deep connection and passion that fans have because if that’s the foundation, I’m happy to try to keep exploring and building on that. And, you know, we believe in this thing. It’s going to take time and a lot of ingenuity, but we’ve got both and we’re going to make it happen.”

There’s no doubt that the next few years for Riot’s esports division will be interesting to say the least. For the first time, the company now has to manage multiple esports titles, with very different fan bases, while also trying to unite all the fractured League of Legends regional scenes into one united group. Logic dictates that surely one or more of these new titles will fail to hit the heights expected, and there will no doubt be a lot of missteps along the way. But for Rozelle these are all expected challenges, and as one of the few within Riot to have built LoL esports to its heights and then also moved on to launching the competitive scenes for some of the new titles, he is perfectly positioned to make this new role work.

The renowned architect Rex Lotery died in 2007, but his legacy lives on.He designed homes for decades and is best-known for designing a Trousdale … END_OF_DOCUMENT_TOKEN_TO_BE_REPLACED