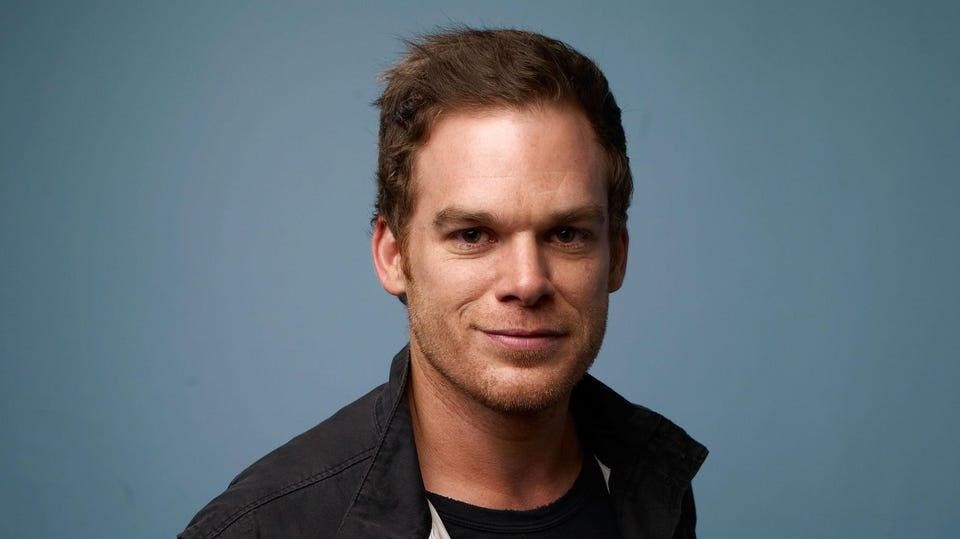 The coming of age psychological thriller John and the Hole is a lot of things, including unsettling.

The short story adaptation, which premiered at the 2021 Sundance Film Festival, revolves around a boy, the titular John, who puts his family in a hole in the ground in their backyard.

Directed by Pascual Sisto, Michael C. Hall plays John’s father. I caught up with the actor to discuss the drama that adds a sinister edge to a child-like daydream, life in the hole, and his return as Dexter Morgan in Showtime’s 10-episode limited series revival of Dexter.

Simon Thompson: For the first time in decades, it made me think again about the question I’d forgotten I asked when I was young, which was, ‘What is it like to be an adult?’ Did that hit you in the same way?

Michael C. Hall: There’s something so affecting about considering that question and remembering that kind of speculative wonder you had as a child. I do find, maybe considering this movie but even more generally, remembering how I used to wonder like, ‘What’s it like not to have to go to school all day? What do people do? How do they fill their time?’ There’s a lot about this movie and the experience that the characters have that is ultimately unnameable. I don’t think they’re ever quite able to describe to each other, or even to themselves, precisely what it was that happened. I sometimes feel the same way when I’m trying to talk about the movie.

Thompson: It made me realize that it can be pretty dull and lonely when we grow up and have to do adult things.

Hall: I agree. I think that’s a big part of his journey, his discovery that it wasn’t anywhere near what it was cracked up to be. It’s kind of a slog.

Thompson: The script is very light. It’s pretty lean and not overly wordy. Did that help or make things harder for you?

Hall: In some ways, it’s less like you’re putting together some sort of oil painting; it’s more like a gestural line drawing or something. I think if you’re working with a director who is as assured and talented as Pascual Sisto, it’s easier in a way. You can trust that he is telling the story visually in a way that doesn’t require you to run your mouth so much. For me, it was a nice experience to do something like that. I probably read it well over a year before it was officially going to happen, as you know how these things go with independent films. The thing that turned me on initially was that I was immediately taken by how vivid a sense of the story I had with something so lean. That’s a testament to the quality of the writing.

Thompson: Talking about being lean and spare. Obviously, you weren’t literally in a hole in the ground, but it was created for you on a stage. It was still a very contained and constrained space. What was the reality of filming those scenes in that environment? How much of the dialogue was on the page versus what you workshopped together in the space?

Hall: It was almost entirely scripted. There were certain changes and ad-libs. There were moments where we were filming things where Pascual past would say give orders like, ‘Say something to the drone.’ I looked up and said, ‘Leave us alone.’ That wound up in the movie, which I thought was interesting because it was a line that maybe contradicts what you would imagine he would want from his son at that point. You’d think he’d say, ‘Save us.’ So there were little things, probably throughout the movie, that I don’t know about that were ad-libbed or added, but for the most part, it was scripted. We spent most of our days when we were shooting in the hole in the hole. We were able to get out, obviously. The walls could be lifted out to accommodate cameras and for the director to come in and out. Having this box made it easy to give ourselves over to what felt very real about it. We shot it in sequence, so we were getting progressively dirty. We would show up at work and get covered in this dirt, a mixture of cake batter and coffee beans or something, which was quite nice. If you ever got any of the mud in your mouth, it was sort of sweet, and it gave you a kind of a kick. It also got to the point where you didn’t feel comfortable until you were in the hole because it was the only place where how you looked and felt made sense which was helpful as, despite themselves, these characters were starting to feel one with that environment.

Thompson: It felt very much like a stage play at times.

Hall: I didn’t think it felt theatrical in the way it was staged and how it was captured. It was very intimate, but I didn’t really think about that aspect. Spending so much time in a designated set that could very well be built in a theatre gave it an inherently theatrical feel.

Thompson: Was it a relief to you to do something like this that was very different from a lot of the other things you’ve done. Obviously, at that point, you would have been starting to make the journey back to Dexter, which is written and performed in a very different way. Did it get you ready for that return?

Hall: I’ve been doing all kinds of things that are, in their way, quite different. This movie is one of them. One thing that’s a strange coincidence is that we shot the bulk of this movie in Lincoln, Massachusetts, and there’s really just one stage near there, New England Studios, and the whole was built on the same stage where I ended up shooting everything in Dexter’s cabin for this new season. I didn’t realize that I was spending a quick week on an independent film shoot on stages that I would end up spending six months on several months later. Doing Dexter, it’s nice to do anything where you aren’t obliged to honor what the audience knows to be your inner monologue. It’s nice to play characters who can keep their thoughts to themselves. I think all the characters in this, John probably most notably, are keeping their thoughts to themselves and are all telling themselves very different stories.

Thompson: As we’re talking about Dexter, I might as well end on that. The excitement and anticipation for this new season have been overwhelmingly positive. How do you feel about those reactions and the warmth of the people?

Hall: I’m gratified, thankful, and relieved? No doubt the way it concluded, if you can even use that word, at the end of the season proper was a way that was, at best, confounding to people. The fact that sense of being confounded didn’t completely sour people to the idea of finding out what the hell happens to the guy was something I’m very grateful for.

John and the Hole is in select theaters and on VOD now.

Side tables are among the smallest pieces of furniture, but they make a big difference in the way a room looks.“They’re like the bags and shoes of … END_OF_DOCUMENT_TOKEN_TO_BE_REPLACED

SAN FRANCISCO--(BUSINESS WIRE)--Snapdocs, a leading digital closing platform for the mortgage industry, announced today that its eClosing offering has … END_OF_DOCUMENT_TOKEN_TO_BE_REPLACED