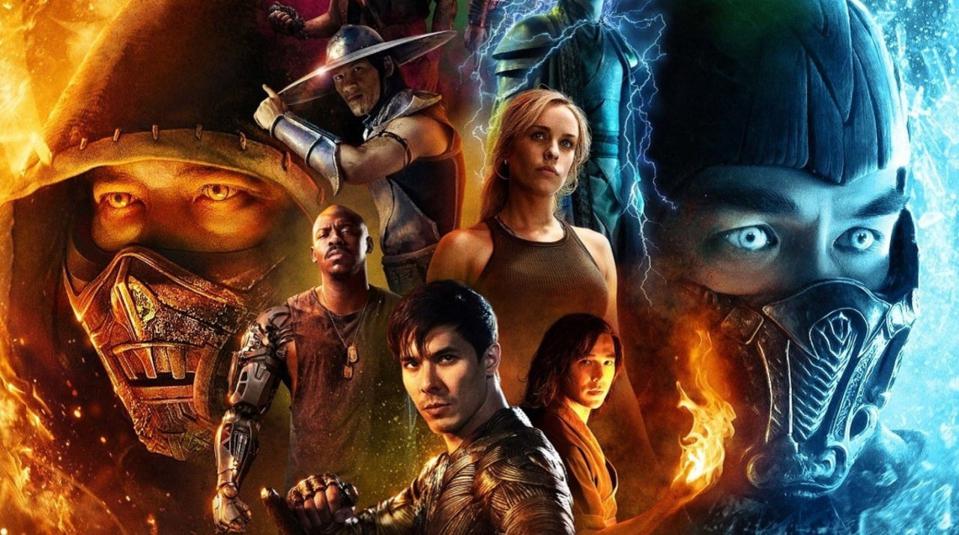 My only big complaint about the new Mortal Kombat movie is that we don’t get to spend more time in feudal Japan. The opening scene is one of the best in the movie, and it’s the only time we get to explore the past. I could easily watch an entire Mortal Kombat movie set hundreds of years ago without guns and car chases.

Fortunately, even though most of the rest of the movie fast-forwards to present day, it’s still a ridiculously enjoyable ride.

The thing is, most movies based on video games are terrible. Almost all of them. A handful are mediocre and one or two are actually pretty fun. The Sonic movie was an example of a pretty good video game adaptation. The best video game movies aren’t adaptations at all, but rather entirely original stories like Wreck It Ralph and the new Jumanji films. These are great because they make use of video game tropes without feeling the need to attach themselves to a specific video game property.

In some ways, this is how Mortal Kombat succeeds also, even though it’s very much about the weird, grimdark world introduced in the video games. It never shies away from being a ludicrous, over-the-top video game movie. It never tries to hide its roots in self-seriousness or a pretentious story. Instead, it embraces its origin as a video game with lines like “GET OVER HERE!” with gusto and style. This is unabashedly a video game movie from start to finish.

Mortal Kombat also embraces the gory, bloody ultraviolence of the video games series, giving us truly badass fights and some great, twisted fatalities. Sub-Zero freezes another character’s arms off. The entire opening Hanzo Hasashi scene with the Kunai (a rope-knife-spear weapon) is a joyfully blood-drenched bit of martial arts. When Kano—an aggravating Aussie mercenary—kills Reptile, he literally reaches into the monster’s chest and pulls out his beating heart. “Kano wins!” he proclaims gleefully.

Kung Lao offers up the film’s goriest fatality when he uses his sharp-edged hat to cut another character in half. He doesn’t get a great accompanying line, but plenty of the movie’s biggest deaths come with some sort of famous utterance, like the wicked Outrealm sorcerer Shang Tsung’s diabolical quip “Your soul is mine!”

Sonya Blade probably has the most hilarious fatality, but I won’t spoil it for you. Suffice to say, I don’t recall garden gnomes from the Mortal Kombat video games and that needs to be remedied post-haste.

This is how you make a game as brutal and goofy as Mortal Kombat into a movie. It’s live-action but it’s basically a cartoon. It’s very violent but the violence doesn’t ever feel real. It’s not “kid friendly” but I won’t tell you not to watch it with your kids. The script is cheesy but not in a painful, cringey way. It’s just enjoyable. It’s fun. It’s well made. The fights are a blast, the special effects are well done, the good guys are likable and the bad guys are nefarious. Costume design is on-point as well, and the movie’s soundtrack is perfect from start to finish, a vivid, upbeat electronic score that matches the action perfectly.

The whole thing sets up a sequel at the end, with a little nod toward a character we didn’t get to see in this movie (Johnny Cage) and I, for one, will be there for it.

Mortal Kombat is one of those rarest of creatures: a video game movie adaptation that actually works, and does so by leaning into everything that makes both video games and movies fun. The story never gets in the way of the action, and the movie never acts like it’s too good to be a video game. If you want to see Mortal Kombat come to life on the silver screen, you won’t be disappointed.

HANOVER, N.H. — Sirey Zhang, a first-year student at Dartmouth’s Geisel School of Medicine, was on spring break in March when he received an email … END_OF_DOCUMENT_TOKEN_TO_BE_REPLACED

VLACHOVICE-VRBETICE, Czech Republic — For nearly a century, local residents have wondered at the strange comings and goings at a sealed-off camp … END_OF_DOCUMENT_TOKEN_TO_BE_REPLACED

That’s changing. The Biden administration and its allies are pushing the notion that caring for children — and the sick and the elderly — is just as … END_OF_DOCUMENT_TOKEN_TO_BE_REPLACED