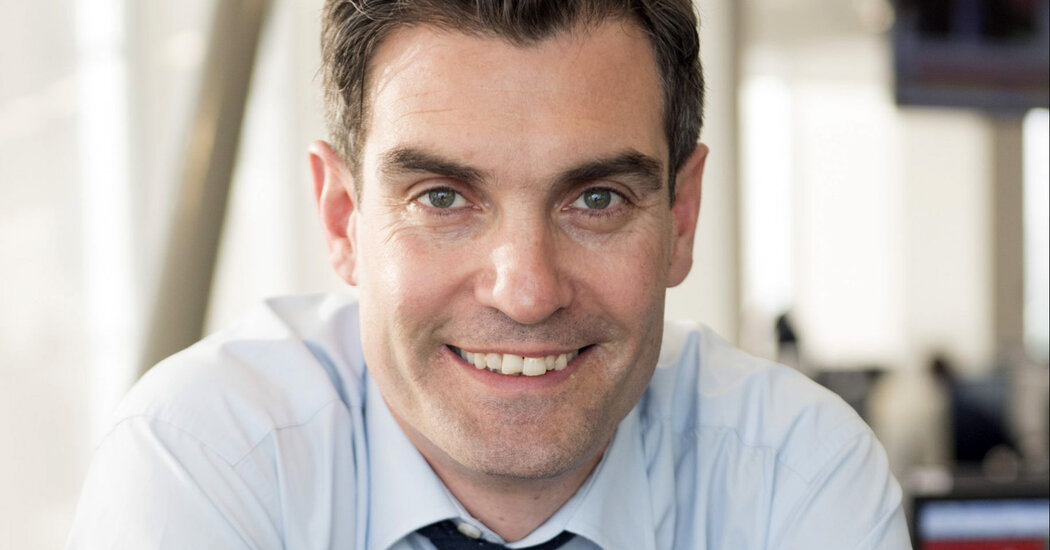 Keith Poole, a 44-year-old Englishman who remade The Sun’s website in recent years, started as The Post’s newsroom leader on March 22. Since then, most people on staff have yet to hear from him, two Post employees said.

He had lunch with Emily Smith, the longtime editor of The Post’s gossip franchise, Page Six, but has yet to host an all-hands video call to say hello to the staff, which has been working remotely, or send an email greeting, the two people said, speaking on the condition of anonymity to reveal internal matters. For some staff members, the only evidence of the new boss’s presence has been the addition of his name to the newsroom’s main channel on Slack, the messaging app.

A spokeswoman for The Post said in an email that Mr. Poole was getting to know the team in his own way: “Keith has been meeting a number of Post staff in person, on video calls and on the phone (since most are working from home), and he has had lunch with other staff, not just Emily.”

Col Allan, an Australian tabloid specialist who retired in March after more than 40 years at Murdoch papers.

Mr. Poole has more experience in attracting online readers than his predecessor. Before joining The Sun as its digital editor in 2016, he helped make The Daily Mail’s U.S. website a must-read for followers of celebrity gossip.

“At The Sun, it’s all they focus on,” said Chris Spargo, a reporter who worked at both of Mr. Poole’s prior employers. Mr. Poole also sees The Daily Mail as The Post’s main rival, several people with knowledge of the Post newsroom said.

A former colleague said Mr. Poole does not fit the stereotype of the gruff, boisterous tabloid editor.

“Keith is charming and has that British wit about him,” said David Martosko, a former U.S. political editor at The Daily Mail who is now a senior content executive at Zenger News. “More people in our business should adopt his collaborative editing style.”

His responsibilities include not only the now-profitable New York tabloid that Mr. Murdoch pulled out of bankruptcy in the 1990s but also the larger The New York Post Group. That includes the Post Digital Network, which is made up of the paper’s website, a separate website for Page Six, the entertainment site Decider.com and the ad company Post Studios, as well as other media properties.

the biggest online brand in the U.K. Last year he was named its deputy editor in chief.

In a 2018 interview, Mr. Poole said he focused on five key areas: news, celebrity, soccer, money and women’s lifestyle. While at The Sun, he met frequently with Robert Thomson, the chief executive of Mr. Murdoch’s newspaper company, News Corp, who was often in the London office before the pandemic, three people with knowledge of the relationship said.

Under Mr. Allan, The Post specialized in celebrity news and city coverage while also championing former President Trump and attacking his rivals. Under Mr. Poole, the paper has kept its focus on celebs and liberal villains, as the April 16 front page suggested. The left side showed Jennifer Lopez in a revealing costume under the headline, “Inside J-Rod’s Breakup.” On the right, a headline blasted Democrats: “PACK RATS. Backlash as Dems try to take over Supreme Court.”

ROSWELL, Ga.--(BUSINESS WIRE)--Berkshire Hathaway HomeServices Georgia Properties, one of the largest and most successful real estate organizations in … END_OF_DOCUMENT_TOKEN_TO_BE_REPLACED

The real estate market seems to have a split personality.On the positive side for homebuyers, the number of properties for sale shot up by a … END_OF_DOCUMENT_TOKEN_TO_BE_REPLACED

Kim Tae-Ri plays a gun-toting time traveler in 'Alienoid.' Well Go USA Director Choi Dong-hoon likes a challenge. That much is apparent in his latest … END_OF_DOCUMENT_TOKEN_TO_BE_REPLACED