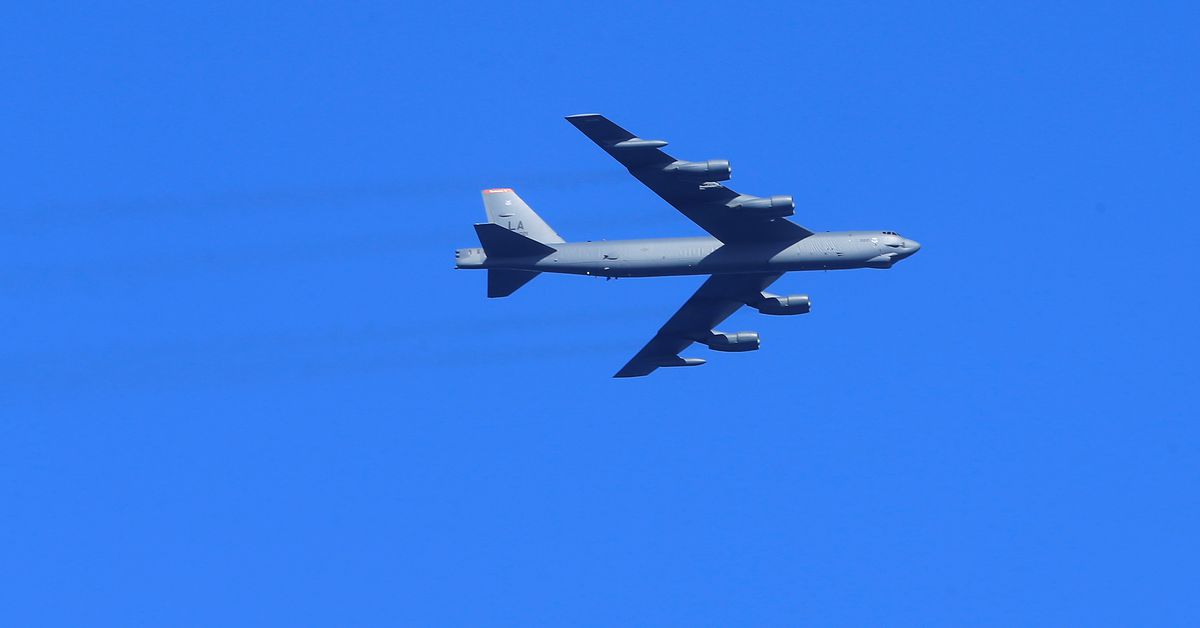 BRUSSELS, Oct 14 (Reuters) – NATO said on Friday it would launch its annual nuclear exercise “Steadfast Noon” on Monday, with up to 60 aircraft taking part in training flights over Belgium, the North Sea and Britain to practise the use of U.S. nuclear bombs based in Europe.

The nuclear drills – which do not involve live bombs – are taking place amid heightened tensions after Russia repeatedly threatened nuclear strikes in Ukraine following major military setbacks on the battlefield there.

“Steadfast Noon” is likely to coincide with Moscow’s own annual nuclear drills, dubbed “Grom”, which are normally conducted in late October and in which Russia tests its nuclear-capable bombers, submarines and missiles.

NATO said the Western drills were not prompted by the latest tensions with Russia.

“The exercise, which runs until 30 October, is a routine, recurring training activity and it is not linked to any current world events,” the alliance declared on its webpage, adding that no live weapons would be used.

Belgium is hosting the drills that will involve 14 countries and up to 60 aircraft, including the most advanced fighter jets on the market and U.S. B-52 long-range bombers that will fly in from Minot Air Base in North Dakota, the statement said.

On Tuesday, NATO chief Jens Stoltenberg made clear that the alliance would proceed with its drills despite the tense international situation.

Cancelling the drills because of the war in Ukraine would send a “very wrong signal”, he told reporters, arguing that NATO’s military strength was the best way to prevent any further escalation of tensions.

AUSTIN, Texas--(BUSINESS WIRE)--As the first multifamily management company to be recognized in the Public Relations and Marketing Excellence Awards, … END_OF_DOCUMENT_TOKEN_TO_BE_REPLACED

There have been whispers of cooling housing and rental prices in the San Francisco Bay Area, but that hasn't yet translated into practical, noticeable … END_OF_DOCUMENT_TOKEN_TO_BE_REPLACED

Cars pass in Independence Square at twilight in Kyiv, Ukraine, Monday, Oct. 31, 2022. Rolling ... [+] blackouts are increasing across Ukraine as the … END_OF_DOCUMENT_TOKEN_TO_BE_REPLACED