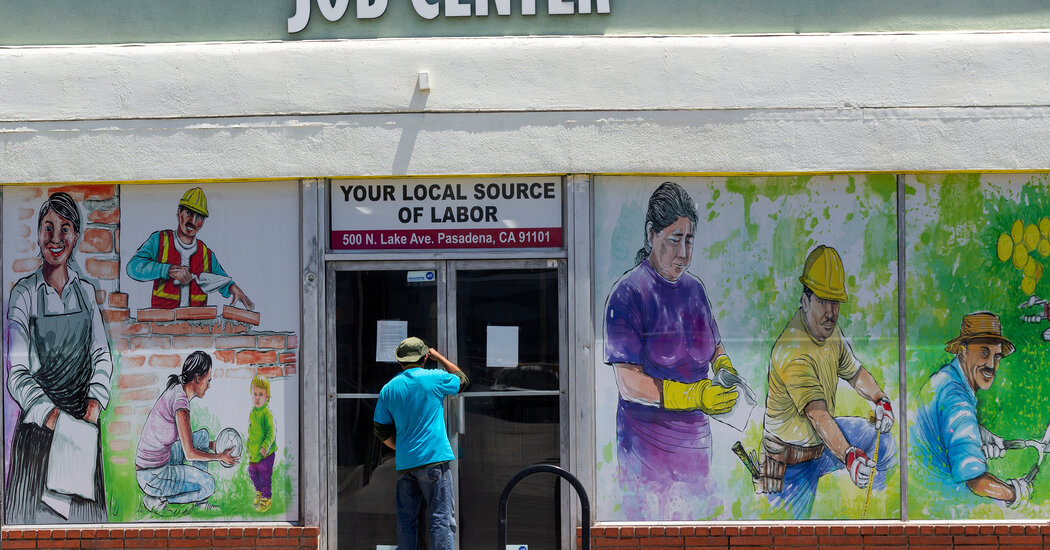 New research from California illustrates both the scale and the inequality of the job losses during the pandemic — and makes clear that the crisis is far from over.

Close to half of all California workers — 47 percent of the labor force before the pandemic — have claimed unemployment benefits at some point in the pandemic, according to a report released Thursday by the California Policy Lab, a research organization affiliated with the University of California. The report reveals stark inequities: Nearly 90 percent of Black workers have claimed benefits, compared with about 40 percent of whites. Younger and less-educated workers have been hit especially hard.

The total includes filings under the Pandemic Unemployment Assistance program, which has been plagued by fraudulent claims. But even a look at the state’s regular program, which hasn’t faced the same fraud issues, reveals remarkable numbers: Close to three in 10 California workers have claimed benefits during the crisis, and more than four in 10 Black workers. (Black workers, who are more likely to be left out of the regular unemployment system, are overrepresented in the Pandemic Unemployment Assistance program.)

“That degree of inequality is mind-blowing,” said Till von Wachter of the University of California, Los Angeles, one of the report’s authors.

Many of the people who lost jobs early in the crisis have since returned to work. But millions more have not. The Policy Lab found that nearly four million Californians had received more than 26 weeks of benefits during the pandemic, a rough measure of long-term unemployment.

“We have solidly shifted into a world where a large-scale problem of long-term unemployment is now a reality,” Dr. von Wachter said. Black workers, older workers, women and those with less education have been more likely to end up out of work for extended periods.

The Policy Lab researchers had access to detailed information from the state that allowed them to track individual workers through the system, something not possible with federal data. The data showed that since last fall, most unemployment filings haven’t come from new applicants but rather from people who returned to work temporarily, then lost their jobs again. How that kind of stop-and-start pattern will affect workers over the long term is unclear, said Elizabeth Pancotti, policy director at Employ America, a group in Washington that has been an advocate for the unemployed.

DALLAS — The rollback of abortion rights has been received by many American women with a sense of shock and fear, and warnings about an ominous … END_OF_DOCUMENT_TOKEN_TO_BE_REPLACED

The poshest place in California's Coachella Valley is The Madison Club. This exclusive gated community in La Quinta is where A-listers and tycoons … END_OF_DOCUMENT_TOKEN_TO_BE_REPLACED