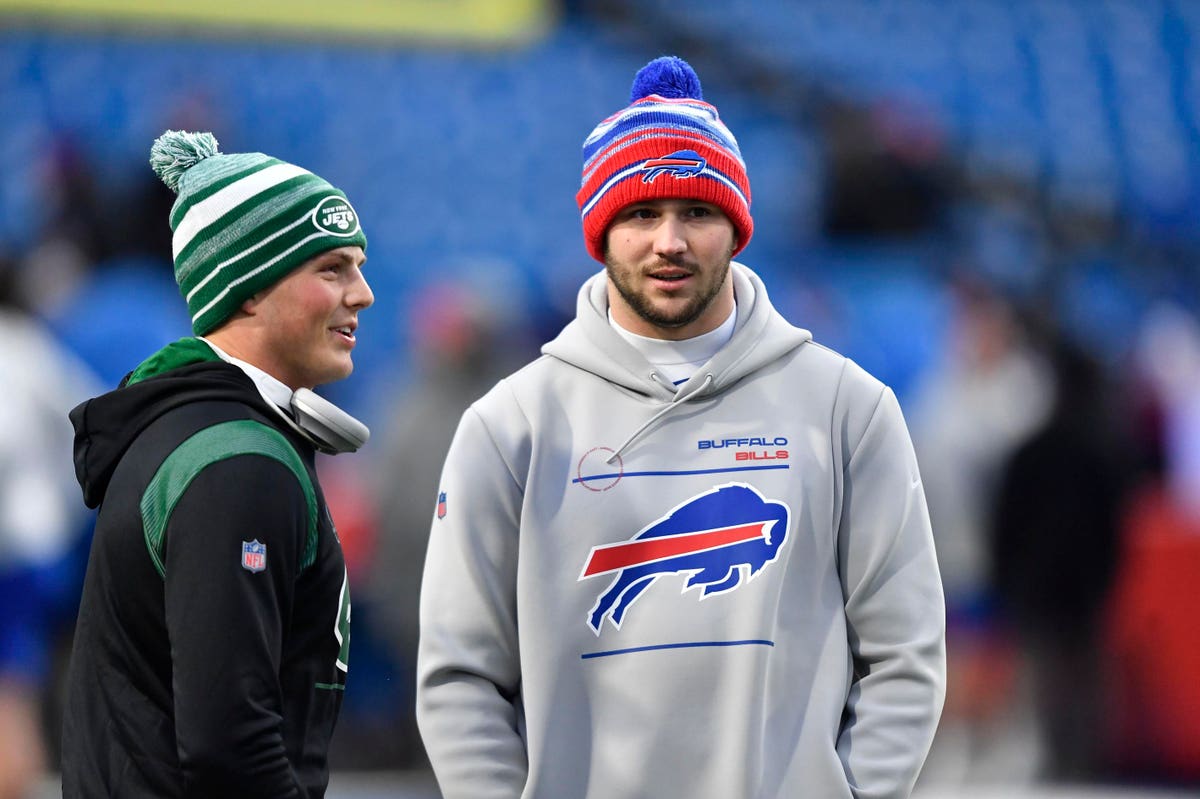 That is, if they are being honest.

This is not a knock on the veracity or the character of Saleh and Douglas. It is merely a nod to the reality that in the runup to the yearly NFL Draft, teams tend not to give any clues as to their intentions, however oblique those clues might be.

Both Saleh and Douglas stressed the concept that New York could help second-year quarterback Zach Wilson not only with protection and weapons, but also with players who can revamp a defense that was ranked last in the NFL in 2021.

“We got a little bit better toward the end of the year,” Saleh said of the defense, “but there was a (time) there when we were giving up 40 points a game—30, 40 points. When you have to play a shootout, that’s a lot of pressure on a quarterback. I don’t care which quarterback you are. To wake up on a Sunday morning knowing you’re about to go into a shootout and you have to keep pace because you can’t get enough stops (is tough).”

He noted that a better defensive unit “helps [offensive coordinator] Mike LaFleur. It helps Zach. It helps everybody because you can play a style of ball where you can call plays to set things up. You don’t have to be impatient. It’s OK to punt. It’s OK to keep the game a one-score game and then, shoot, the fourth quarter comes, it’s playmaker time. Let’s go make some plays and win a football game.”

Douglas, who was in attendance at the just-concluded NFL Combine, echoed Saleh’s words in what clearly was an organizational stance.

“In terms of developing Zach,” Douglas said, “I’m going to piggyback a little bit on what Robert said. I think there’s a lot of ways we can help our young quarterback. I think you saw it (last) year. When a young quarterback is playing with a 14-point lead versus trying to come back from a 14-point deficit…If we can put pieces around him to make sure he has the lead instead of playing from behind, young quarterbacks are going to be in better position to succeed. Obviously, one avenue to help the quarterback is playmakers. It’s the weapons, it’s the wide receivers, it’s the tight ends, it’s the backs. There’s also the other ways to help it which is a good solid defense to get him the ball back as often as we can.”

Obviously, the Jets must stick to the value of their draft board. If they have an offensive tackle or wide receiver whom they feel they cannot pass up at No. 4 or No. 10, then that is how they must proceed. But after having what was a historically bad defense for a four-week stretch, that side of the ball must be addressed.

Douglas said during his media availability at the Combine last week that the Jets would pick up Williams’ fifth-year option, which is due on May 2.

Douglas said he “had a good opportunity to (talk) with Nicole (Lynn, Williams’ agent) at the Combine. Had a productive conversation with her, as of right now. But we are going to pick up Quinnen’s option and we had that conversation. I don’t think that’s huge news, but we are going to pick up that option moving forward. Look, we’re excited to have Quinnen. This is going to be year two in a defense we feel really extenuates his strengths, his positives and looking forward for him to come back and dominate this offseason and have a great year.”

It will be interesting to see how this plays out. Williams was good, but not great last season, and missed out on the Pro Bowl. And in the Jets’ system, which rotates defensive linemen, he doesn’t get as many snaps as other frontline players of similar quality, which eventually could hurt his value if he ever hits the open market.

Listed on April 21 for $2,395,000 with Adam Weissman of Coldwell Banker Bain of Lake Union, the gorgeous four-bedroom brick home was sold on May 6 for … END_OF_DOCUMENT_TOKEN_TO_BE_REPLACED